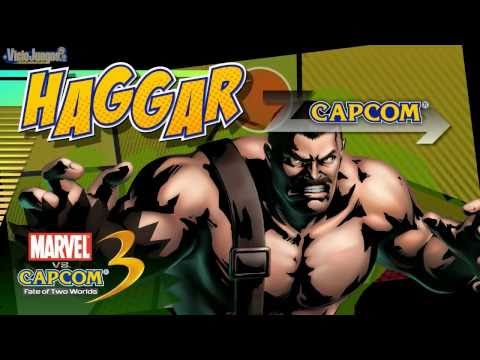 Marvel Vs Capcom 3’s big release is only a little over a month away, but Capcom still has some characters up their sleeves. Final Fight’s wrestler-cum-mayor Mike Haggar joins the battle, and Phoenix rises from the ashes once more.

Mike Haggar’s inclusion in Marvel Vs Capcom 3 was pretty much a given, with pictures of his in-game look surfacing as early as October of last year. He’s all about wrestling, so Street Fighter fans looking for a Zangief-style battler need look no further.

Jean Grey aka Marvel Girl aka Phoenix makes her explosive Marvel Vs Capcom debut in the third installment, bringing with her the flames and fury of the Phoenix Force, a staggeringly powerful manifestation of the prime universal force of life and passion. The Phoenix Force has the ability to rearrange matter on a subatomic level. I’m pretty sure this version of Phoenix won’t be doing that in Marvel Vs Capcom 3. Balance tends to suffer when one character can turn you into a cupcake within seconds of the match beginning.

Her appearance does put the game further out of sync with current Marvel continuity, seeing as she’s currently in one of her dead phases.

Mike Haggar and Phoenix Revealed For Marvel Vs. Capcom 3 [Shoryuken – Thanks EddieRoadDogg!]