iOS Shooter Epoch Pits Killbots Against Each Other In Ruined, Human-Free Future 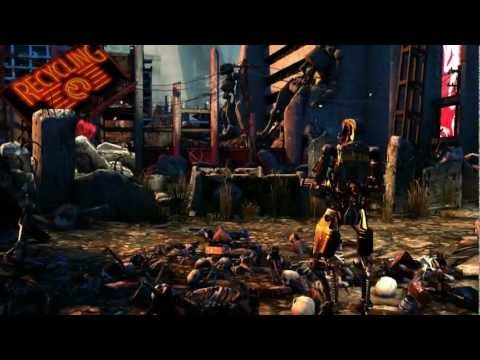 Getting a sharp, polished shooter experience on iOS still remains something of a holy grail for both developers and device owners. There’ve been a few valiant efforts over the last year, with ShadowGun and Rage: Mutant Bash TV probably foremost amongst them. Now, you’ll be able to add one more to your apps list today with the launch of Epoch.

Built by Uppercut Games, Epoch finds one deactivated robot soldier coming back to awareness in an era where humanity’s apparently disappeared. The heroic automaton fights his way through warring factions of droids to learn the fate of the human he was assigned to protect. The gorgeous graphics tip you off that the game was built on Unreal and, if the controls match the visuals, Epoch might just be this year’s shooter equivalent to Infinity Blade. It’s out now on Apple’s App Store.