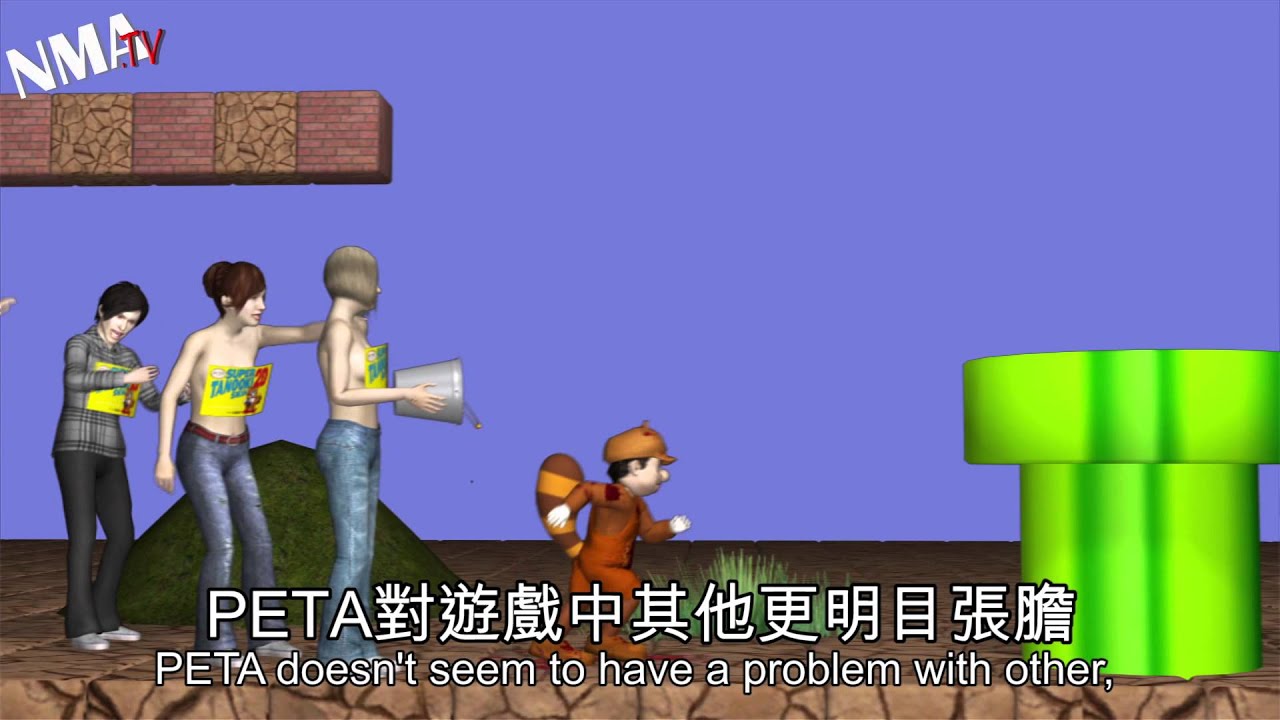 That bizarre Mario vs PETA kerfuffle’s fading into the rear view, but that’s not stopping Taiwanese media outfit Next Media Animation from giving us their askew take on the dust-up. Looking at their oddly shaped version of Mario is enough to give a person nightmares.

Those long legs — brrrr! — and giant feet are bad enough but the crazy eyes Next Media Animation gives Princess Peach’s sweetums will haunt anyone who looks upon them. It’s not been uncommon to see Mario given the ultra-violent treatment, as in The Brothers Mario. But, something about the exploding turtles and fireballs lobbed at nearly naked protestors by Mario doppelgangers gives this video an extra bit of WTF.