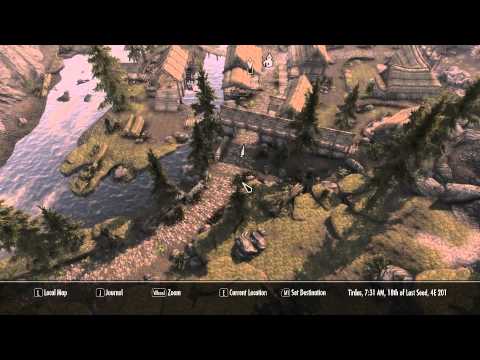 The latest Elder Scrolls game hasn’t even been out for two weeks and already hordes of modders are hard at work on the game. While most of the tweaks produced so far as cosmetic, here’s one that’s not only useful, but beautiful.

It’s called the UberMap, and turns the rather static map present in the game into something you can pan, scroll and even zoom around in. While only the area around the player is loaded in full detail, it’s still an awesome mod, because not only does it look cool, but it can really help plot a course through wilderness areas where the regular map isn’t much help.

While we’re on the subject, I’ll be putting a list of the best mods together in the next day or two. If anyone has any favourites, be sure to drop em in the comments below.