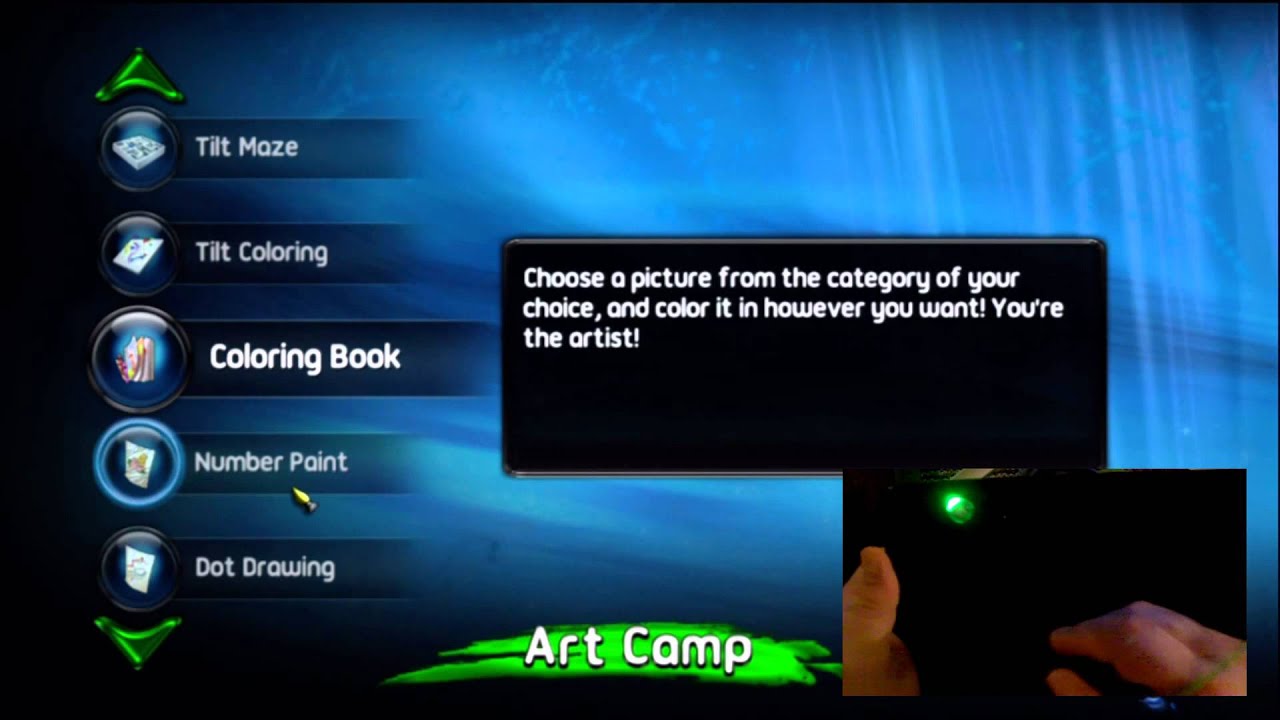 
Contrary to what the title led me to believe I was not instantly transformed into an artist upon starting up uDraw Studio Instant Artist, the pack-in software for THQ’s new uDraw Tablet for the Xbox 360. I did, however, manage to record an entire video without drawing one penis.

OK, on my third take I avoided drawing a penis. Welcome to the third take.

Avoiding such vulgarities was made more difficult by the fact that using the drawing tablet for the first time was a lot like the first time I had sex. I wasn’t sure what I was doing, I wasn’t used to doing things from that angle, I was incredibly nervous, and I had to keep making sure the camera was pointed in the right direction.

I was actually quite the artist back in high school, having been taken under the wing of a charismatic, comic book-loving in-school suspension supervisor who claimed that Marvel Comics got the idea for Luke Cage from an unsolicited character sketch he had sent them as a teenager. He’d give me comics to try and duplicate, I’d draw forms from memory. His mentoring dropped off suddenly after I was kicked out of Dunwoody High School for having too many in-school suspensions, but he set me down a path I would halfheartedly follow long after it became apparent to everyone else I was no artist.

About 10 years ago I decided to invest in a Wacom tablet, the big name in PC-based drawing tablets, with the aim of drawing my very own webcomic. Then I noticed the prices on Wacom tablets and invested instead in a generic unit with a drawing surface just large enough to recreate a piece of paper folded three ways.

It wasn’t the quality of the tablet that flummoxed me though. It was the lack of direction. I had no idea what to do. I could draw things, sure, but I had no tools, no discipline, and no patience for learning.

What does this all have to do with THQ’s uDraw tablet, now available for the Xbox 360 and PlayStation 3 in addition to the original Wii? Well, it comes packed with the sort of activities that likely would have kept my quest for artistic excellence going had they been readily available back then. I can easily see the $US80 accessory bridging the gap between casual Waffle House napkin sketcher to full-blown digital artist.

Except for me. I’m going to stick to penises.