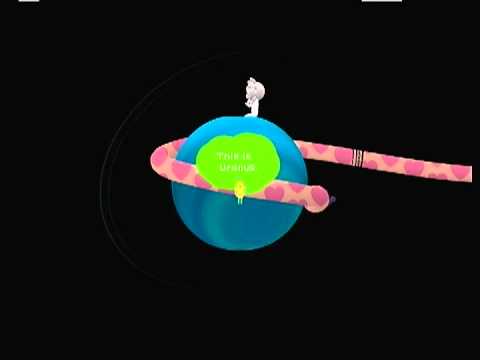 Keita Takahashi’s Noby Noby Boy was weird. The 2009 PS3 release from the creator of Katamari Damacy involved an elastic quadruped character that players could floppily stretch along the game’s environment. All the elongation of the game’s players gets aggregated to help Girl, Boy’s counterpart go further into Noby Noby Boy‘s simulated-to-scale virtual universe.

Its execution made NNB feel like more of a digital toy than a console game and it eventually wound up on iOS in 2010. Somewhere out there, people are still continuing to stretch their various Boys. We know this because Girl just recently reached the planet of Uranus.

How impressive is that achievement? At its closest, Uranus is 2,570,000,000 kilometres from Earth. It’d take modern spacecraft more than five years to reach the celestial body. But the collective players of Noby Noby Boy did it in less than two years. Who needs NASA, right? Next up is Neptune, which is 4,400,000,000 kilometres away from Earth. Happy boy-stretching, Noby players!