Someone Is Making A Cyberpunk Text Adventure Game. In 2012. 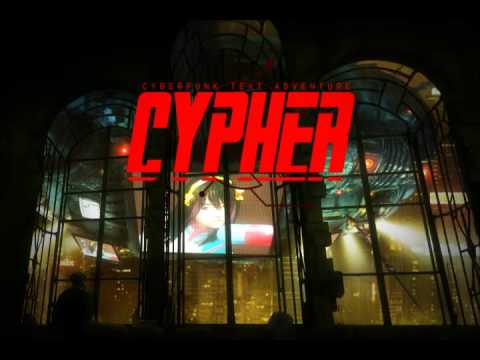 Text adventures have a long, proud history, one that dates back to the very beginning of PC gaming, before computers could really even do graphics.

It’s a history that hasn’t had many new entries in the past 30 years, though, as advances in horsepower and the advent of first visuals then colour visuals rendered the text adventure seemingly dead. Sierra’s early 90’s adventure games were the last I played that used a text input (and even then that was to control a visual avatar), and the early 90s were a long time ago.

One developer wants to bring the genre back. Argentinian developers The Cabrera Brothers are working on Cypher, an all-new, commercial text adventure that doesn’t just take us back to the 80s in terms of input, but also with its Blade Runner-inspired cyberpunk visuals (of which it looks like there’s a ton).

You might think typing words onto a keyboard to control a game is quaint, and in many ways it is (not to mention frustrating), but there’s a sense of immersion and flexibility you get from it that a mouse-driven menu system just can’t match.