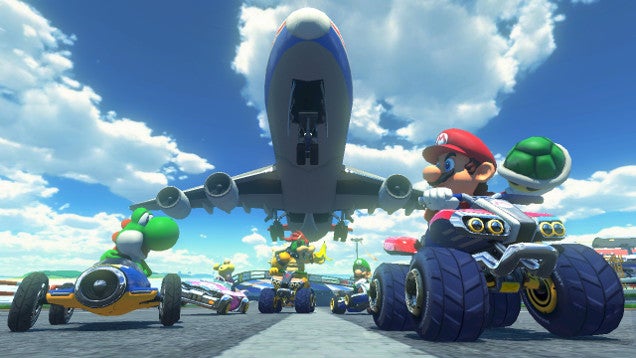 The latest instalment of Nintendo's popular kart racing franchise is upon us, and the urge to dive right in and start taking home trophies is strong. First, here are some general tips to get you started.

Race Against The Machine 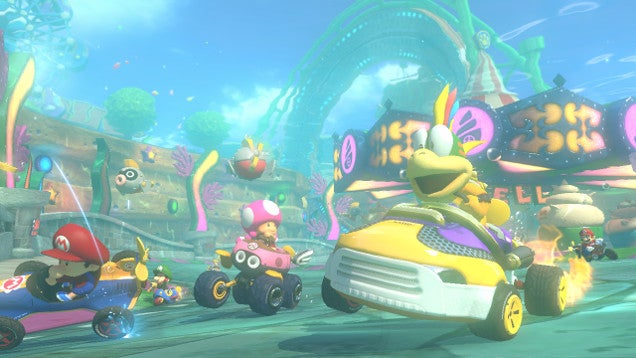 I know, it's rare that we get a Nintendo game with such a robust online multiplayer mode, but hopping online immediately is a road that leads to frustration and despondency. Nintendo has given us an extensive online racing tutorial called Single Player Mode. It plays a key role in the next several tips. 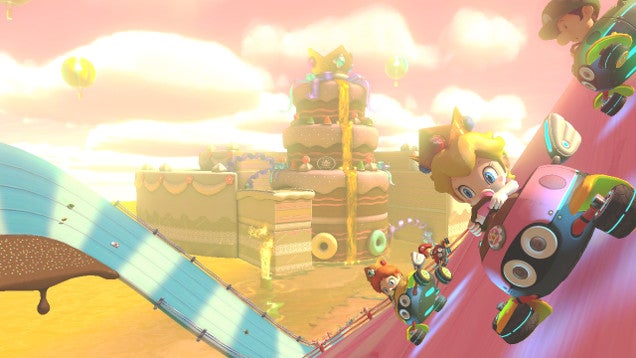 If you're new to the Mario Kart franchise, it will be tempting to look at the three racing classes in the game — 50cc, 100cc and 150cc — as traditional difficulty levels. The faster the class, the more aggressive the computer-controlled drivers become, and the quicker your reaction time needs to be.

Put your gamer pride aside and start going through the game's eight cup competitions at 50cc first. Then graduate to 100cc, and finally 150cc. By the end of the full run you should have all of the game's characters unlocked, almost all of the cutomisable vehicle parts, and you'll be as prepared as you'll ever be for online domination. 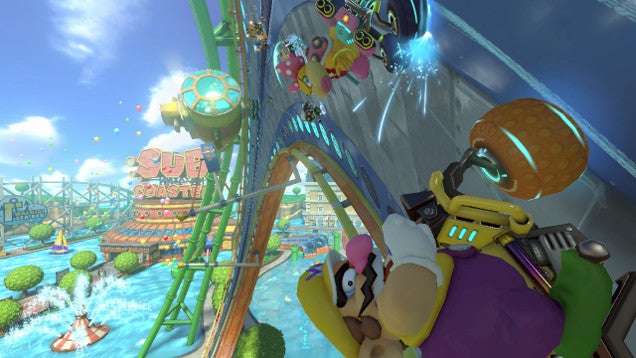 This is pretty much a side-effect of playing through each single player cup tournament, but it bears mentioning. Take those early 50cc races as an opportunity to learn every nook and cranny of Mario Kart 8's 16 new and 16 returning courses. Each new raceway is filled with secrets and shortcuts, and the returning courses have each been retooled, so even a veteran player can benefit from boning up at low speed. Keep an eye on the computer-controlled racers too — often you'll catch them taking shortcuts you didn't know existed. If you need extra practice, do some time trials, or race head-to-head against a local friend on the track you need to learn. 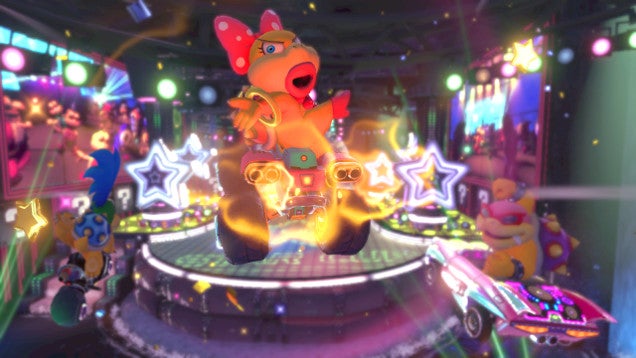 With Nintendo fine-tuning vehicle handling to perfection in Mario Kart 8, the kart (or motorcycle) body you choose can have a huge impact on how you perform during races. Finding the ride that fits your play style perfectly can give you that extra jolt of confidence (and competence) to take you over the finish line before the other guys. Once you find your sweet spot (for me it's the Sport Bike body), stick with it. Make that kart or bike an extension of your body. 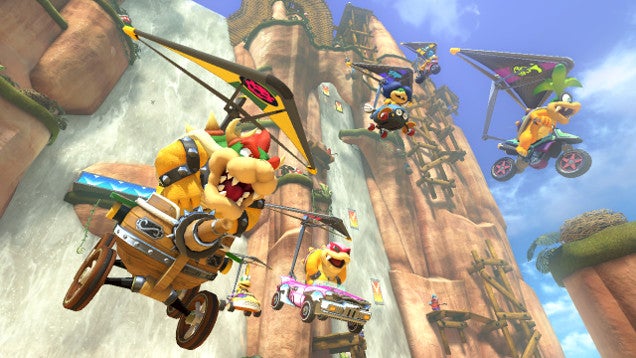 Wrong Nintendo series, but it still applies. The urge to immediately fire off whichever power-up pops out of those lovely translucent cubes is strong, but you could be throwing away a racing advantage for quick thrill. Are you in first place? Save your turtle shells to shield you from the inevitable attacks from your jealous opponent. Save those banana peels until you've just passed another racer, to ensure they can't avoid fruity doom. Avoid using the blue shell at all costs, because it makes you a giant arsehole.

Wear Out That Jump Button 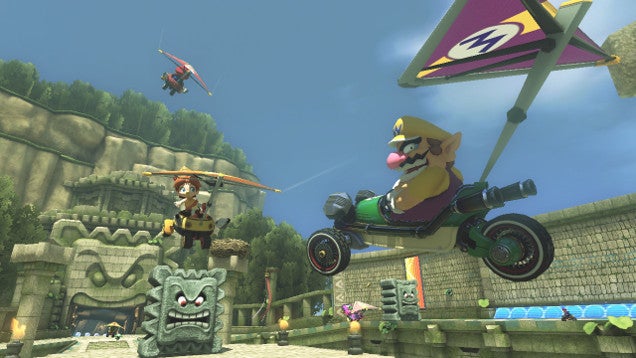 Every time your wheels/glowing hover aura leaves the ground, the jump button should be pressed. It makes your character of choice perform a cute little stunt/pose thing, which is lovely. It also gives you a substantial speed boost, which is essential for winning an online race. Everyone else will be doing it. If you do not, you might as well just go afk and get yourself a tasty, tear-absorbent sandwich so you can have something to eat while you cry. 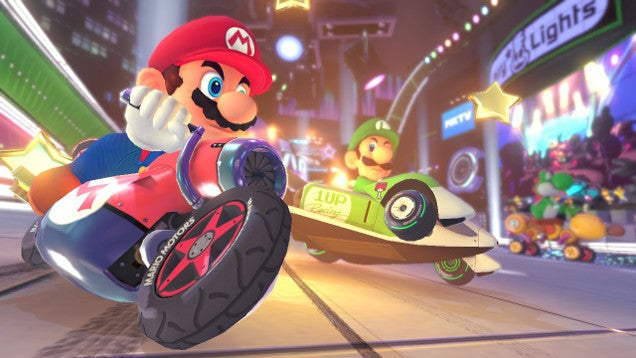 In order to get the most enjoyment out of Mario Kart 8 (and most games in the franchise, for that matter), you're going to need someone sitting next to you on a couch. Bean bag chairs, the floor and other sit-ready butt rests will do in a pinch, but a couch is really the best. On a couch, when you elbow your friend for hitting you with a turtle shell or knocking you off the road, they have a soft place to fall over. And should you decide to knock your friend over and sit on them so they can't possibly win, well a couch was built for that sort of thing.

As wonderful as today's online multiplayer world is, nothing beats having a real person to beat on which racing on colourful kart tracks. As an extra-added bonus, you and a local friend can race split-screen online against a bunch of strangers, just the two of you against the world.

Play Online With Your Friends 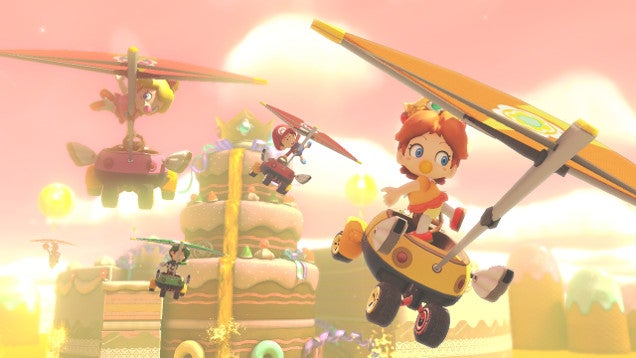 If your friends cannot make it to your couch (they should really try harder), invite their spatially-displaced asses to your virtual couch. Start a friends-online tournament, or just open up a friends-only room. Nothing softens the blow of utter defeat like being utterly defeated by people you'd gladly have on your couch if they weren't so stingy about buying plane tickets.

For extra-added enjoyment of the game and your friends, form a two-person team, with one player running interference for the other. This idea was stolen from Talladega Nights: The Ballad of Ricky Bobby. 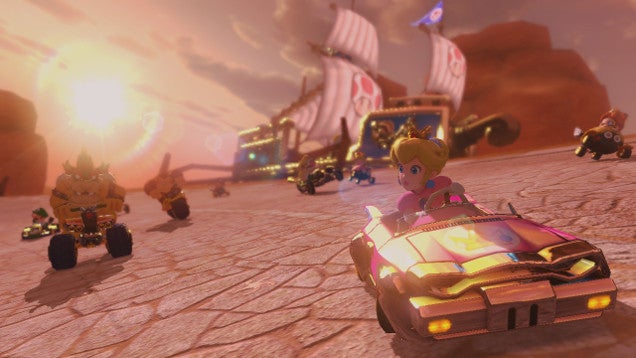 The most important tip I can give you for playing Mario Kart 8 is this — be the first person to cross the finish line. If you don't master this skill I guarantee you will never win a race. I don't care how you do it — maybe use some of the tips from earlier — just finish first, and you'll always win. 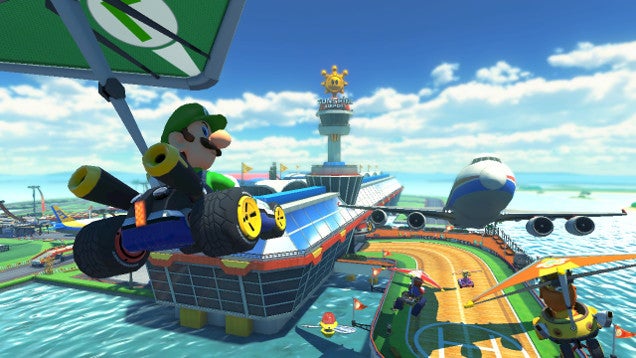 It's almost impossible not to have fun with Mario Kart 8, but just in case.