Here's What World Of Warcraft's New Tauren Will Look Like 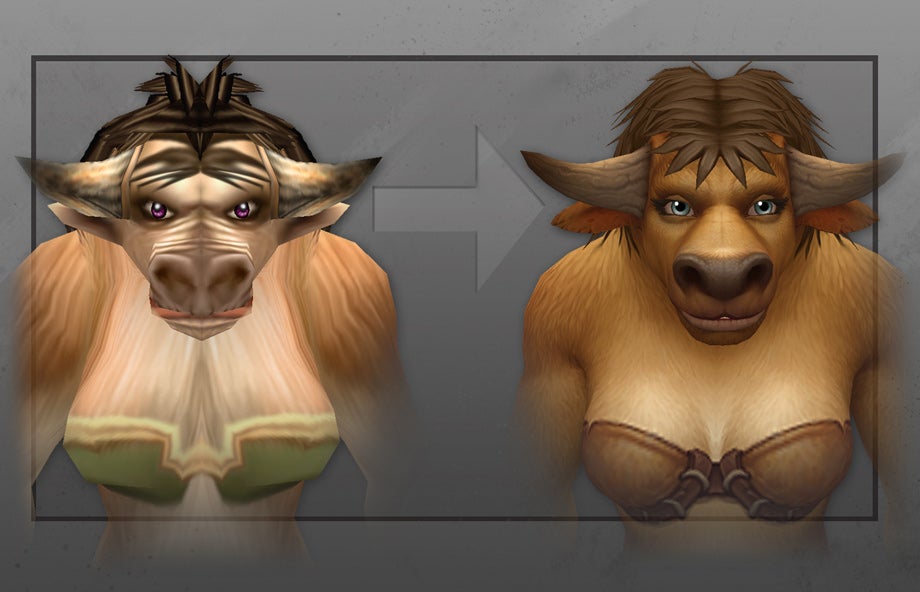 Blizzard's ongoing overhaul of World of Warcraft's character models has wound its way towards the majestic bovine class known as the Tauren.

This is a standard female model, shown in a post today on the studio's Artcraft blog by senior art director Chris Robinson. On the left is what she once was. On the right, what she soon shall be. Neat, right? Also, very furry.

"The original female Tauren had a lot of issues with too-angular geometry and stretched-out textures," Robinson wrote. "It's not her fault — it's just what we had available to us at the time. Our new process has allowed us to add a lot of detail to her hair, fur, horns, and hooves, to build a far more detailed and expressive face, and to add a lot of definition to her musculature (while retaining her shape and silhouette)."

Much like the revamped humans, the incredible improvement here shows itself in the little details. Instead of fur that looked like it was drawn on a flat surface, there's real fur. Gary Larson must be so excited. 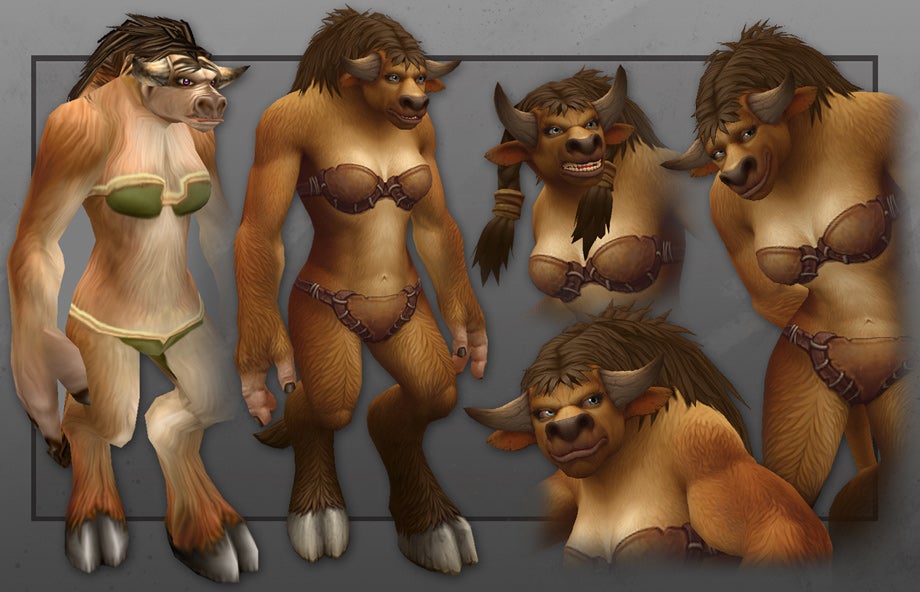 Robinson made one other interesting comment about how the technical improvements being made in the game are slowly dialling back some of the cartoonish elements that have come to define the game's aesthetic.

"Warcraft character design is commonly known for its stylised long arms, large hands, and big feet, but the female Tauren's hands were just completely out of control," he said. "We brought them down to a more consistent size with the other updated models, and were also able to add a ton more detail and dexterity in the process." 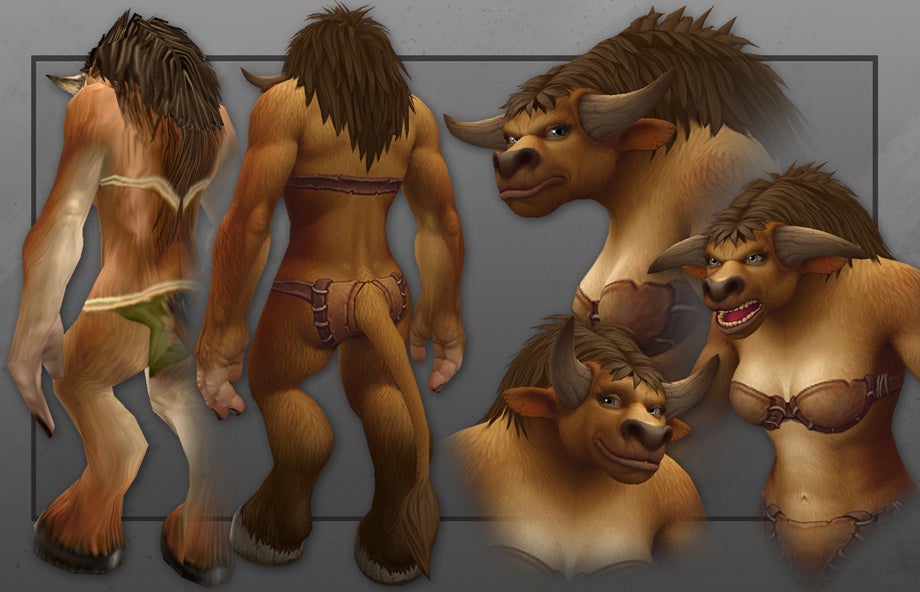