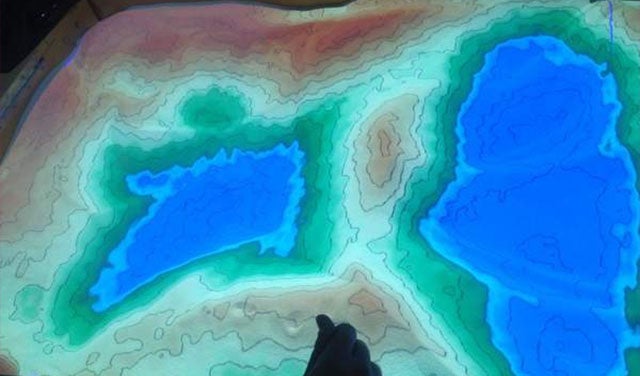 So far, Kinect has proven largely useless in the living room, where it hasn’t been able to keep up with action and sports games. The peripheral may have a future, though, with strategy games, via a program currently in testing with the US military.

The Army Research Laboratory is using Kinect as the cornerstone of its “Augmented Reality Sand Table” program, which looks to replace the ancient means of planning manoeuvres with something a little more modern.

While retaining the whole sand part, in the ARST the Kinect is used to detect the elevation of the sand on the table and adjust a projector’s image (beaming topographical features onto the sand) accordingly.

So dig a low trench and it fills with water. Build a hill or mountain and the map adjusts the colouring. You can see similar tech in action from this 2011 demo.

It’s basically From Dust, or Populous, only you get to use real sand in the real world. And if the military can get it working for their own strategies, what’s stopping it being used to create the best tabletop wargame system ever devised?

(Probably money and market size, but don’t let that stop me/you from dreaming).