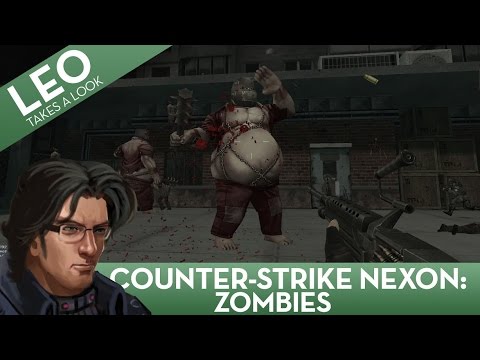 Seeing Counter-Strike Nexon: Zombies on Steam, I knew from the title alone I had to try this free-to-play version of Counter-Strike. After all, it has a confusing title… and, zombies!

In the past, the company Nexon have made free-to-play versions of Counter-Strike for countries such as Japan and South Korea. This is the first time they have decided to add zombies, and, oh, release it on Steam for everybody to play.

It’s all a bit baffling, feeling like a half broken mod, which in a way I guess it is. All the more baffling is that, instead of using the updated source engine of something like Counter-Strike: Global Offensive (or anything remotely half-modern), it instead uses the original Counter-Strike engine, which dates back 16 years with the release of Half-Life.

The whole game is an absurd mess of gun shooting, rather annoying zombie shrieks and the occasional explosion. I’m not sure why anyone would feel compelled to micro-transact their way to success when there are far better zombie-based games out there, most of which sidestep the whole micro-transaction nonsense entirely.