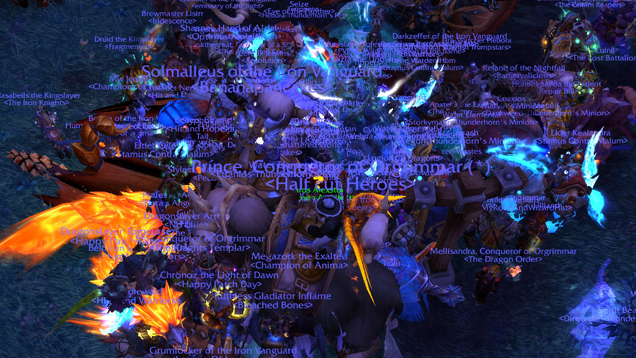 While most of us are still trying to survive the crowded starting zones of World of Warcraft‘s new expansion — and play “pixelhunt for the questgiver” as you can see above — some quick players have already managed to climb through all that and reach level 100 in a couple of hours.

The game launched nine hours ago here on the EU side and it only took a few minutes to see level 91s pop up. Three hours in and there were already two level 95 characters and a bunch of 94s on my realm.

And checking back this morning you could see four guys sitting on their level 100 characters. So levelling can go really fast. And this server’s population is relatively low — highly populated realms with all the power levelling guilds probably have crazier stats. (Just type “/who 100” into the console to check on your server) 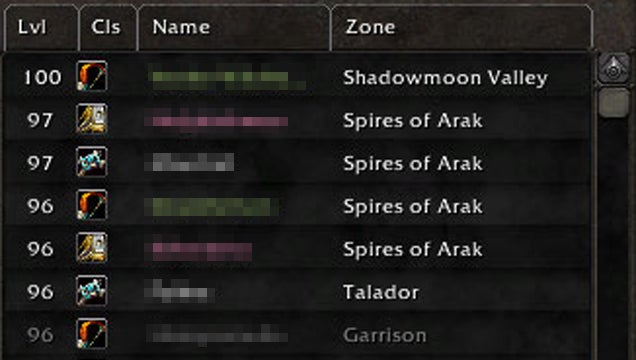 So how can you reach level 100 this fast?

There’s actually no big secret. Handing in finished Mists of Pandaria dailies before going through the Dark Portal could give a little boost, but don’t abuse it with repeatable dailies. That might count as an exploit and get you banned. Just do quests, queue up for dungeons (two five-man dungeons are available from level 90) if the zone you’re questing in is crowded or laggy. But there’s no rush, “Realm First” achievements are long gone.