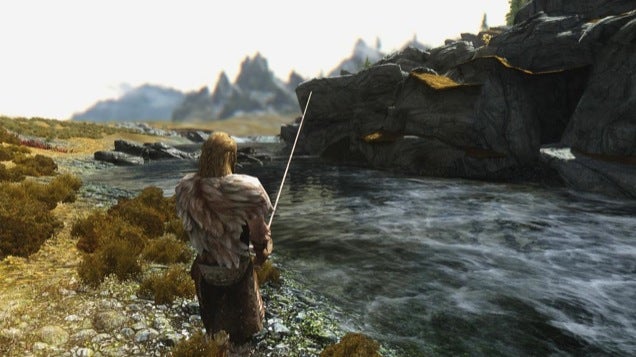 Valve has kicked off a new service on Steam Workshop that allows people to sell their mods. It only started yesterday. And today, things are already getting messy.

One of the mods Valve is promoting on Steam Community is for fishing called "Art of the Catch". However, the modder behind it has already taken it down following allegations that he had used another modder's work without permission to make money off that content. 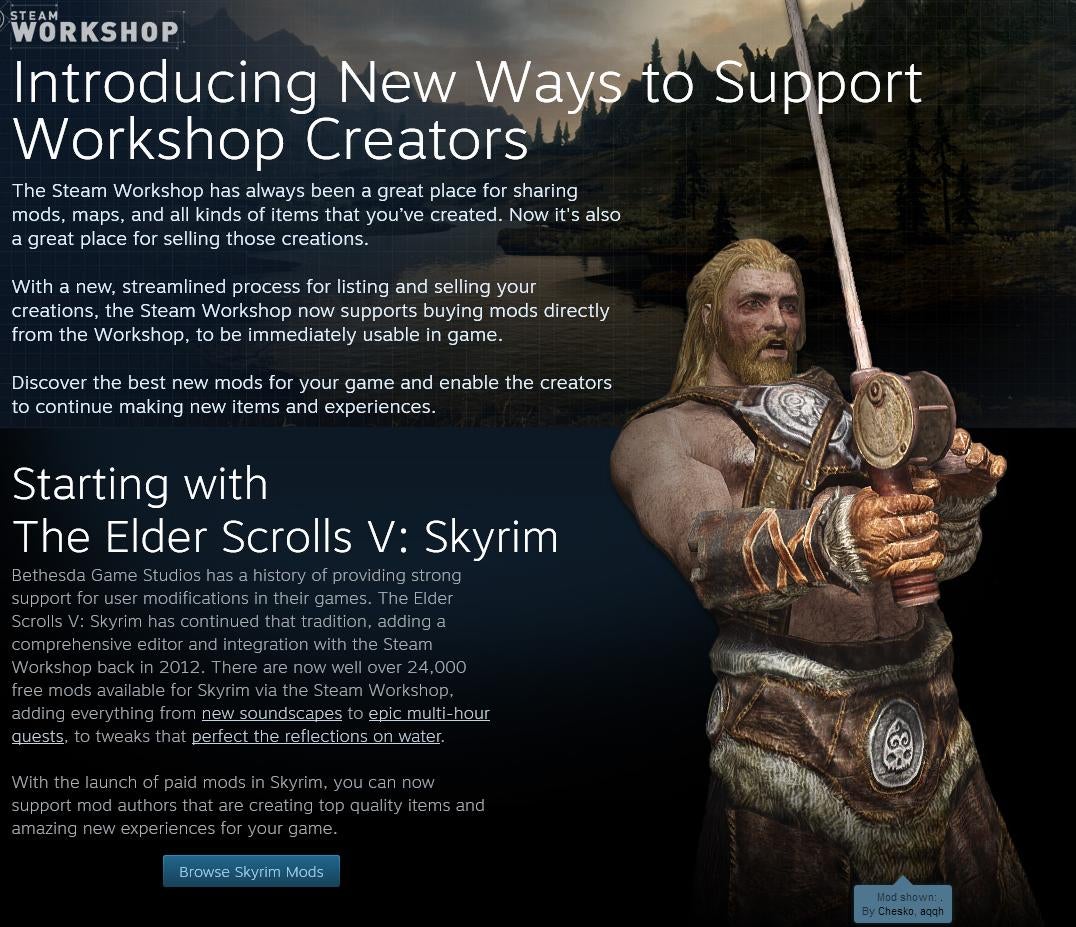 Yet, as of posting, "Art of the Catch" is still one of the mods being cycled through the Steam Community site even though it's not longer for sale.

Here is the mod's page:

As Destructoid and PC Gamer point out, "Art of the Catch" was created by modders Chesko and aqqh. It also allegedly uses assets from another mod by a modder known as Fore without permission to make money off those assets.

Fore apparently confronted Chesko (though, the original comment seems to have been deleted). Here is a screencap via Furious George on Steam Community: 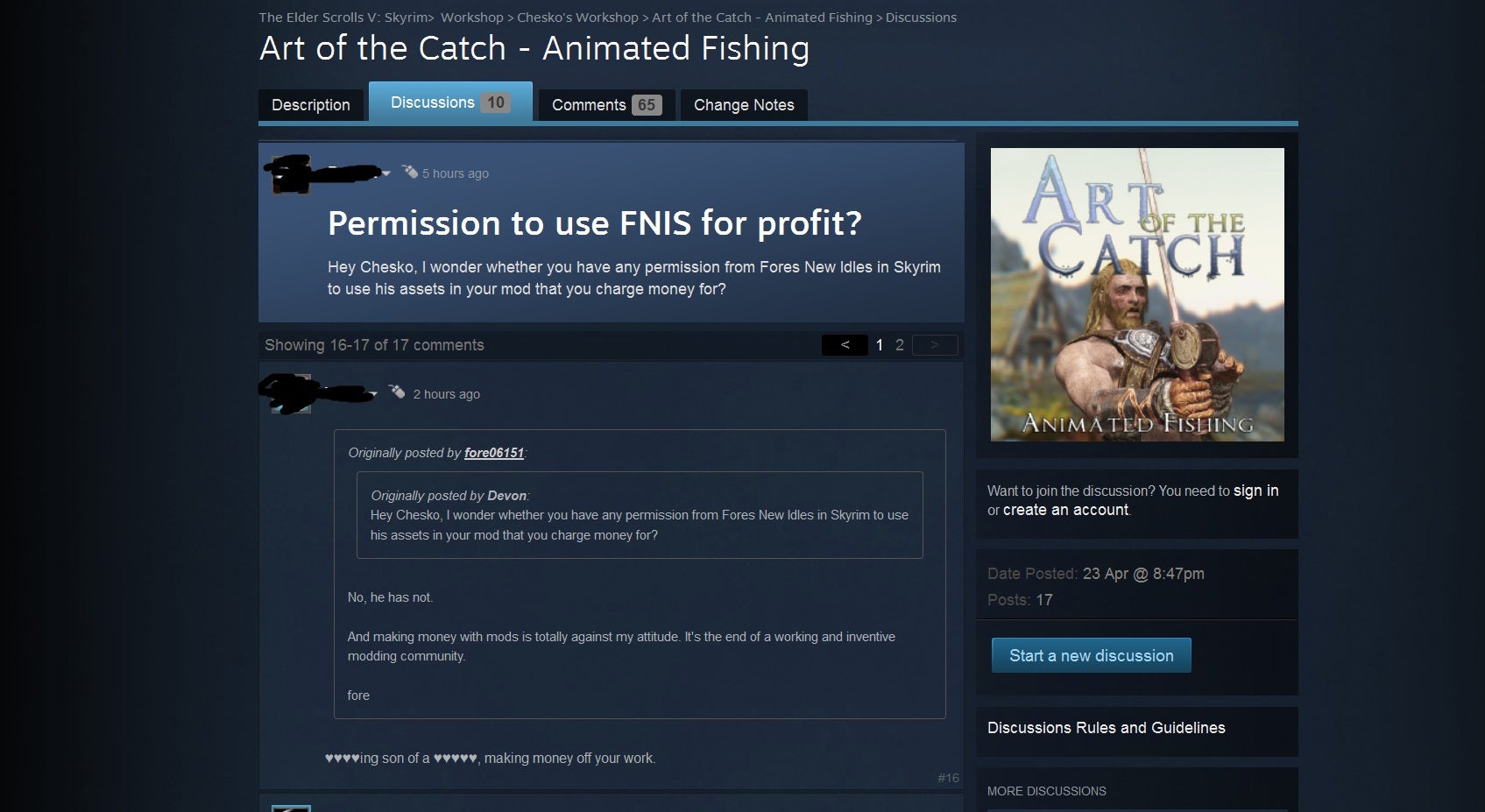 There are also allegations among Steam Community members that people are being banned from the forums for speaking out against this.

Via Destructoid, here's another screencap of a comment that's supposedly been deleted:

Yesterday, Kotaku reported that many Steam users were troubled by Valve's decision to allow people to charge for their mods. This certainly seems like one reason why.

UPDATE: The modder Chesko has written a long post on Reddit explaining that he had pulled Art of the Catch himself after a conversation with Fore. We've clarified this post accordingly.