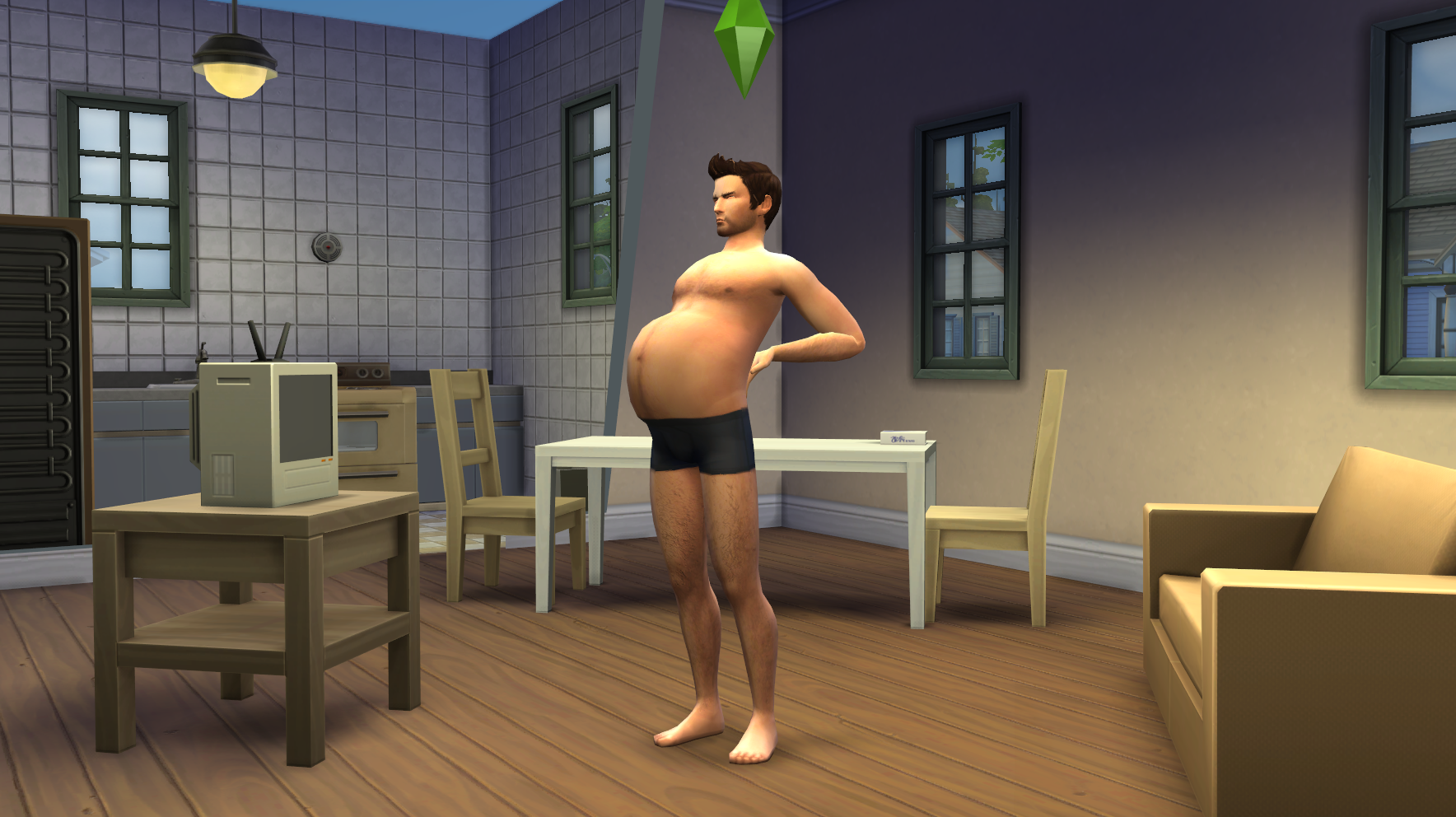 The Sims 4's first expansion pack launched in late March with a lot of exciting promises. New careers, and corresponding workplaces! Better yet, aliens! If only we knew then what we know now. We might've been able to prepare for the extraterrestrial invasion and the sudden spate of unwanted male pregnancies.

Shortly after the Get To Work expansion went live, some Sims players started to notice something was up. There were a lot of alien abductions. These were an intentional feature, in part. But they weren't meant to start happening all the time. Even stranger was the fact that male Sims were suddenly ending up, how do I say this... with child. 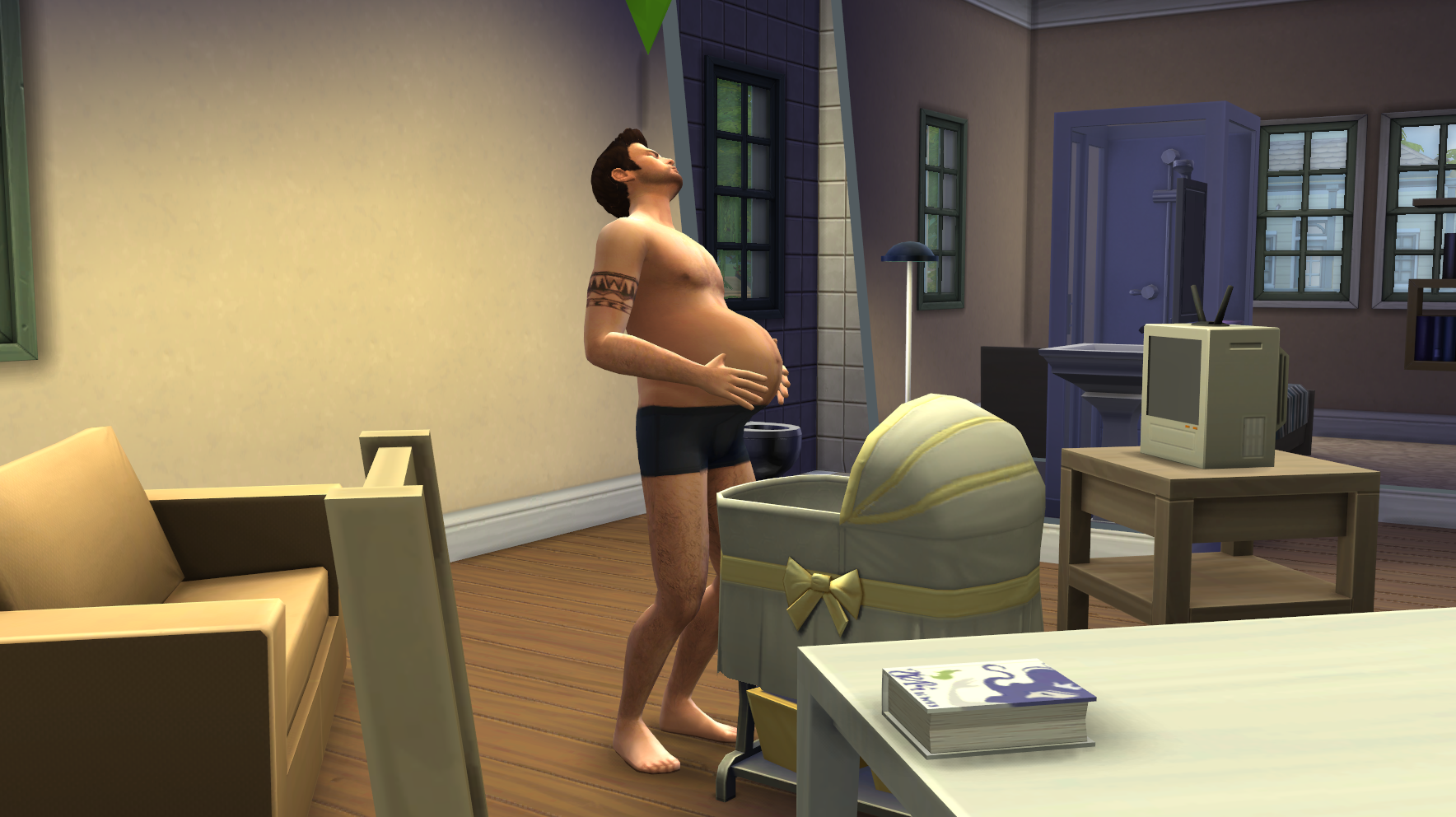 Not everybody was upset about these things, mind you. Many players found the two features intriguing — especially the second one. (There's already a male pregnancy mod for The Sims 4, after all. And a ghost pregnancy one, for that matter.)

Some even began to jealously ask on The Sims forums why the men in their games didn't seem to be endowed with these special child-birthing abilities: 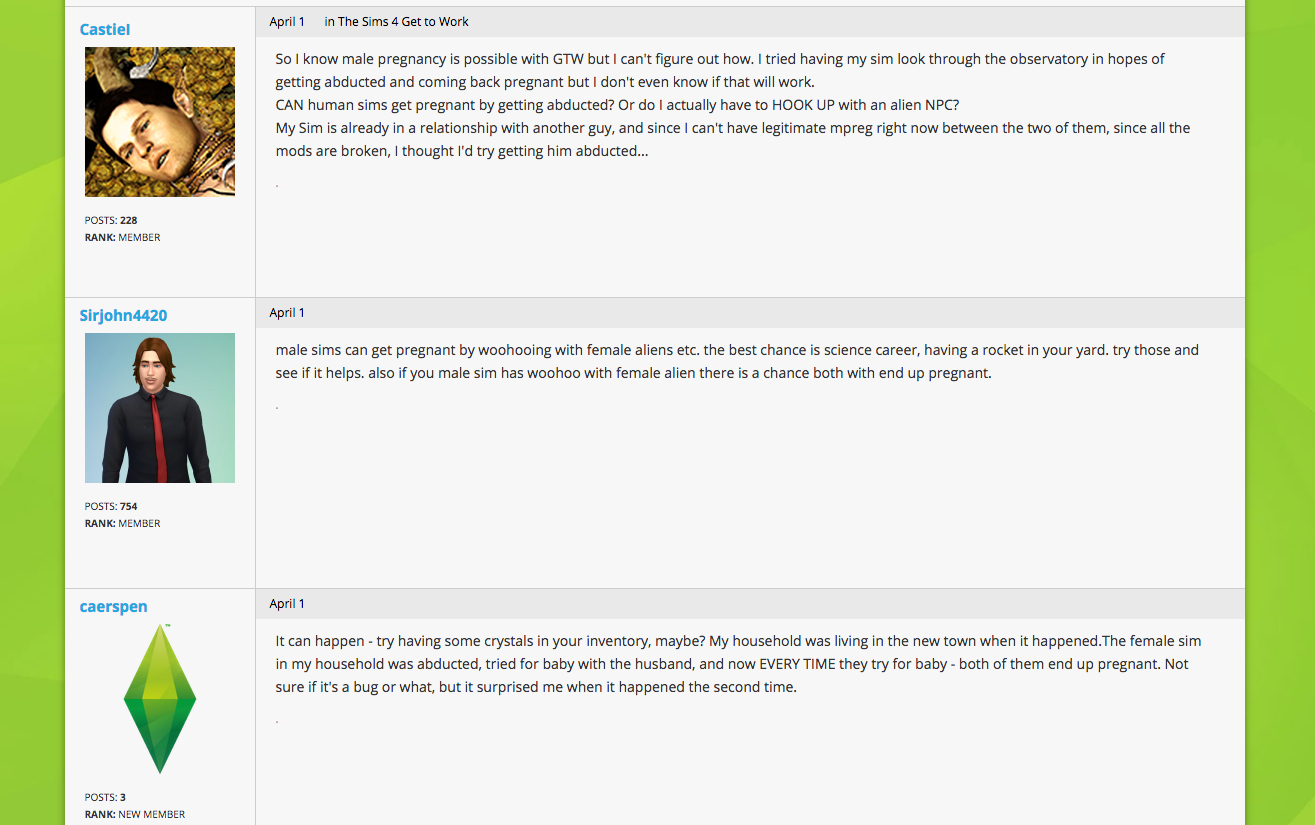 Then a little while later, both of these peculiar features seemed to vanish from The Sims 4 entirely. Aliens stopped showing up to abduct people. Many players' male Sims stopped conceiving...at least, in the way they were before.

The Sims 4 developers finally began to weigh in on the issue this week during one of their standard "Sim Guru Chat" sessions. The rate of alien abductions was reduced across the board for Sims 4 players, one Guru explained, because at launch it was "tuned higher than desired," which lead to an intrusive amount of alien abductions for some:

As for the sudden proliferation, then just-as-sudden disappearance of male pregnancies? Another Guru suggested that female alien Sims getting male human Sims pregnant just didn't make enough sense, according to science:

Since male pregnancies were a result of the men of The Sims 4 WooHoo-ing (Sims-speak for having sex) with aliens in one way or another, most players assumed that the feature was linked to the influx of abductions. Regardless of the specific cause, the Gurus suggested that male pregnancies had been patched out of the game the same way excessive abductions had been.

"The aliens impregnating males has always occurred in the sims but it was a ridiculous bug where peoples male characters were being abducted most nights and ending up with like four alien babies in the space of the first week of play after [the expansion] was released," a Sims player named Elaine, who'd tipped me off to the pregnancy issues, explained in an email today. "This, as it was a bug, only occurred to some while others didn't get it when they wanted it."

"Then the team saw the uproar of the players with multiple alien babies ruining their households and they drastically reduced the chances of abduction across the board," she continued, "which is why some players are really angry — and why the ask a sim guru thread got pretty rough this week alongside the frustration with the lack of communication generally."

Around the same time as the Sim Gurus said that the male pregnancies had been removed, players also reported their male Sims getting pregnant without having any aliens in the picture:

There's just no end in sight when it comes to men getting pregnant in The Sims 4, it seems. This wouldn't be the first time the game suffered from a persistent glitch the developers can't manage to fully resolve. Players have been griping about so-called "incest bugs" the creates romance options between Sims in the same family tree since the game came out, despite EA's repeated efforts to stamp the thing out.

Maybe pregnant men will just end up being one of those longstanding quirks of The Sims 4 that players just have to live with for the time being, then. Is that really such a bad thing? Seeing a baby bump on a male Sim is pretty silly. 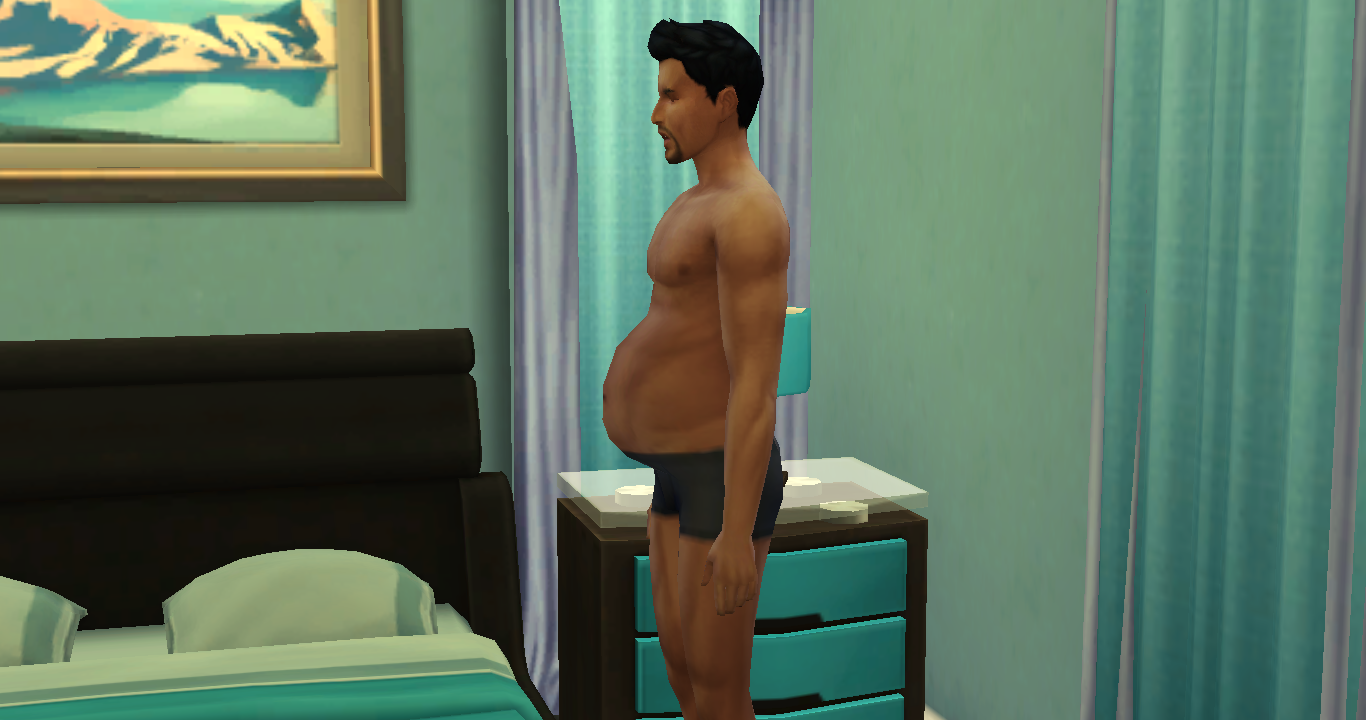 Stay safe out there, Simmers. And remember: you can always start another family.