This Week In The Business: Three Out Of Four Ain't Bad 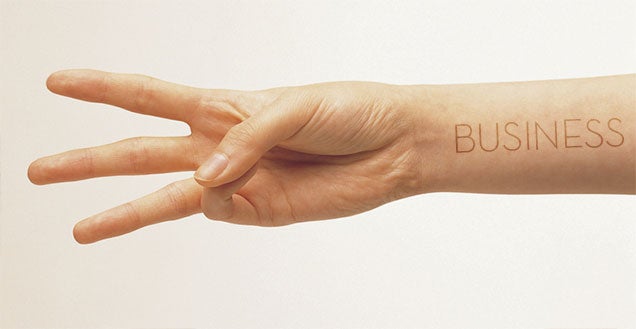 "You look at the relatively thin field at the top and we've sort of died and gone to heaven in terms of the opportunity." — Take-Two CEO Strauss Zelnick, explaining that they see themselves as #3 out of only four companies making AAA games.

QUOTE | "And suddenly every monster game is like all the other one[s], and cost a lot to make... The AAA industry definitely has to pause and question the current recipe." — Former Ubisoft exec Jade Raymond, talking about why we need more innovation in AAA games and how to encourage it.

QUOTE | "Our first-party line-up is a little sparse this year, so I think this places even greater emphasis on getting good third-party support." — Sony Computer Entertainment head Andrew House, talking about Sony's plans for the coming year.

QUOTE | "We believe greed, fear, and the potential to change the world are going to drive VR/AR." — Analysts at Macquarie Securities, talking about how games will be the launchpad for VR and AR, though the timing is uncertain.

QUOTE | "We are looking at an all-in price, if you have to go out and actually need to buy a new computer and you're going to buy the Rift... at most you should be in that $US1500 range." — Oculus CEO Brendan Iribe, explaining what it will cost to experience VR with his company's hardware.

QUOTE | "Our first thought was, 'It's been fun. We can now go and deliver pizzas for the rest of our lives.'" — Tiny Bull Studios CEO Matteo Lana, talking about how they felt when they learned former Irrational Games devs launched a Kickstarter for a game that sounded exactly like the one they'd been working on for a year.

QUOTE | "If you want a free-to-play game to be successful, it has to be genuinely free — people have to be able to play forever without purchase. That's just a general design rule, but it's also completely contradictory. How can you make money from a game designed to be free?" — Veteran designer Pascal Luban, talking about how the design process is so different for F2P games.

QUOTE | "There will be some very big clients on both the brand side and the gaming side who will be spending alone in one year $US500 million — even up to $US1 billion — just on mobile video ads." - LoopMe's Stephen Upstone, talking about how mobile game companies are spending huge amounts on marketing.

QUOTE | "It's a hard and demanding task, you're always on top of your game, you're always creatively thinking, but that's actually the only thing that's worth it in this business, being a game developer." — Croteam's Damjan Mravunac, talking about working as an indie developer.

STAT | 8.5 per cent — Amount that GameStop's net income rose (to $US73.8 million) for the quarter ended 2 May, while revenue rose 3.2 per cent to $US2.06 billion; the company said it was due to a 9.6 per cent rise in new software sales, and that GameStop captured a 45 per cent share of the new software market.

STAT | 50 per cent — Amount that revenue from games on Google Play has increased since last year, according to Google; Japan is the leading company in mobile game revenue for Google Play, followed by the USA.

QUOTE | "For me, as a game developer for a long time and also an entrepreneur, it's just such an amazing opportunity. I call this the renaissance of gaming." — Veteran developer Jon Van Caneghem, talking about his new studio VC Mobile Entertainment, making games for gamers on mobile devices.