First time visitors notice them right away: Sickness masks. People in Japan wear them for numerous reasons, including to prevent illness. Some even wear them because they think the masks make them more attractive. Now, a mask promises just that.

But, first, what’s the deal with Japan and sickness masks? For years now, masks have been considered part of the country’s ettiquette. If you got sick, the polite thing to do was put on a mask, so others, especially in crowded urban centres, didn’t catch whatever you have. During the spring, people with allergies often wear masks to help them through the season. 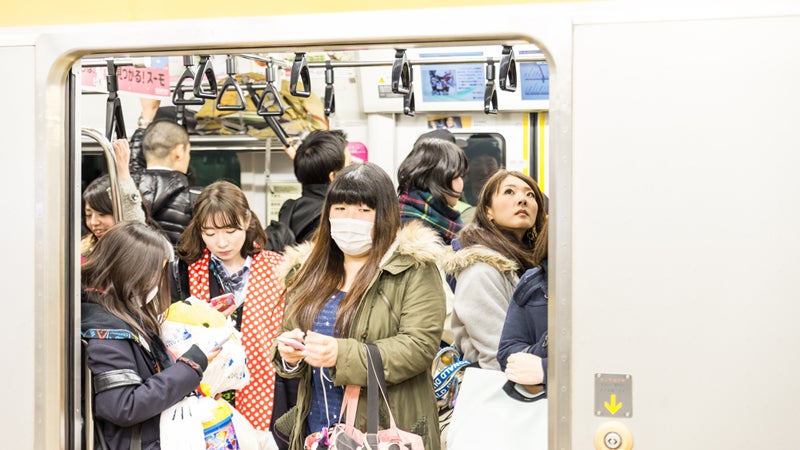 Japan’s sickness mask culture goes beyond that. Celebrities, for example, are often known to wear masks while out in public, enabling them to have regular lives and avoid being spotted. 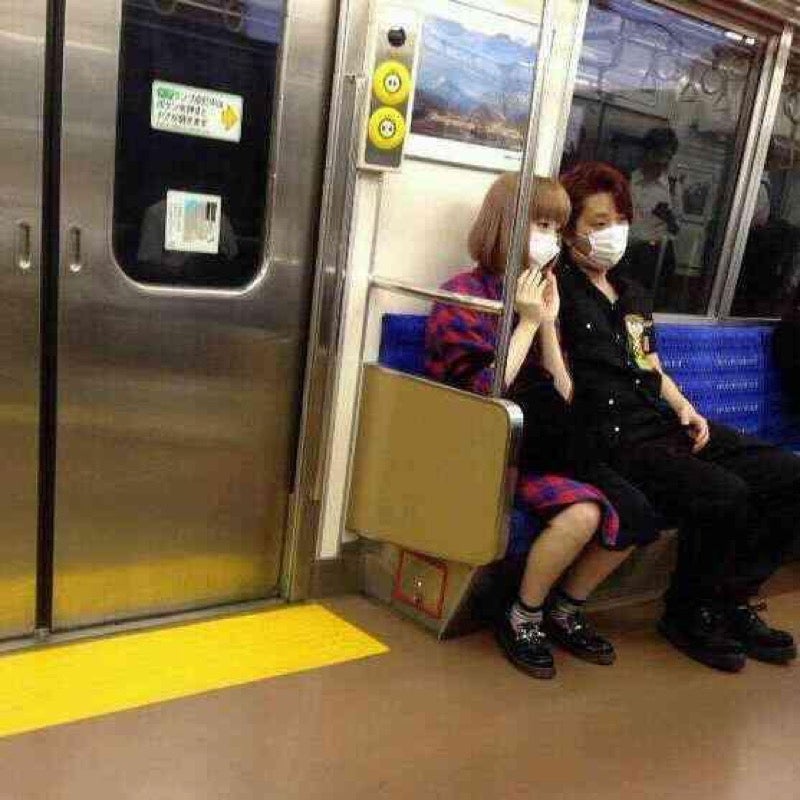 Above, that’s pop star Kyary Pamyu Pamyu and Sekai no Owari frontman Fukase taking public transportation like the rest of us dirty plebs.

For that same reason, the stereotype is that robbers in Japan often wear sickness masks and sunglasses to hide their identities. Some stores will not allow people wearing both (or motorcycle helmets, for that matter) to enter. 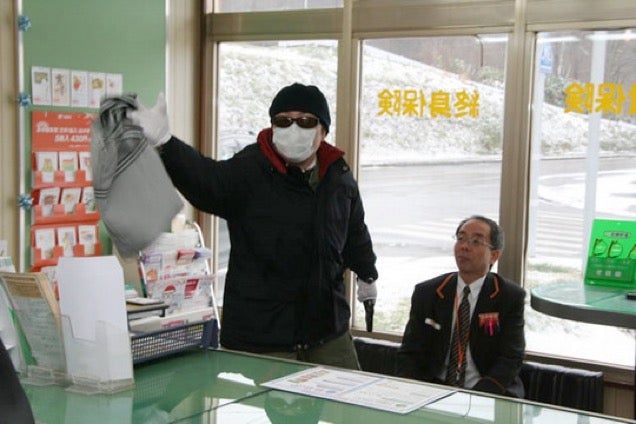 Here is a photo of a robbery training exercise in Hokkaido, Japan. Note the mask and the sunglasses! Oh, and the gun. That’s important. 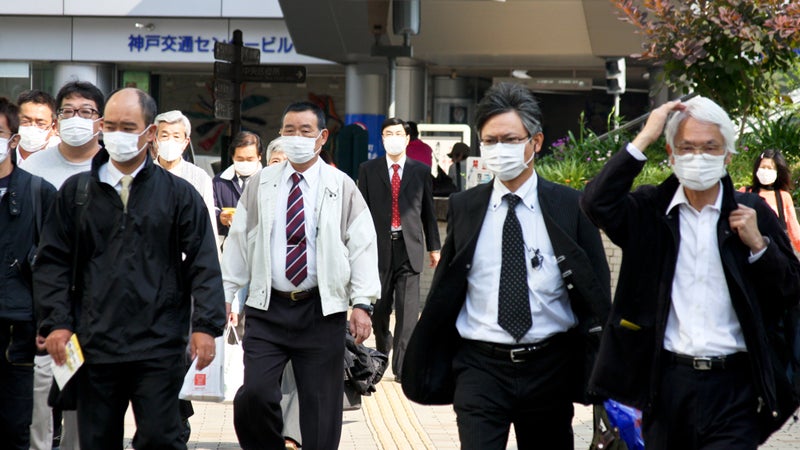 But during the 2009 flu pandemic, even more Japanese people started wearing masks on a regular basis. In the months that followed, some became accustomed to the masks even if they weren’t sick and liked how they offered a privacy shield similar to the effect sunglasses can offer. Others liked how masks make their faces appear “smaller” and put emphasis on their eyes. 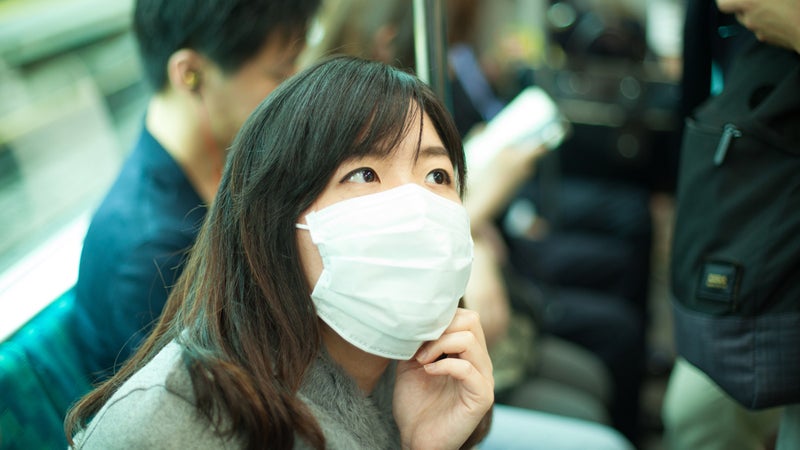 In Japan, many consider having a “small face” as a desirable feature and a large one less so. And thus, even though they do filter out bad air, the “just-for-show mask” (だてマスク or “date masuku”) caught on.

According to a 2011 poll done in Tokyo’s Shibuya, out of a hundred young Japanese women wearing sickness masks, thirty-one of them were wearing them for show.

Around that same time, a woman nicknamed Zawachin was causing waves online with her celebrity impressions. Wearing a sickness mask, she did her eye make-up and hair to look like famous Japanese pop stars and models. Her impersonations showed how sickness masks could be fashionable, and she even produced a line of masks. Scented ones, at that. 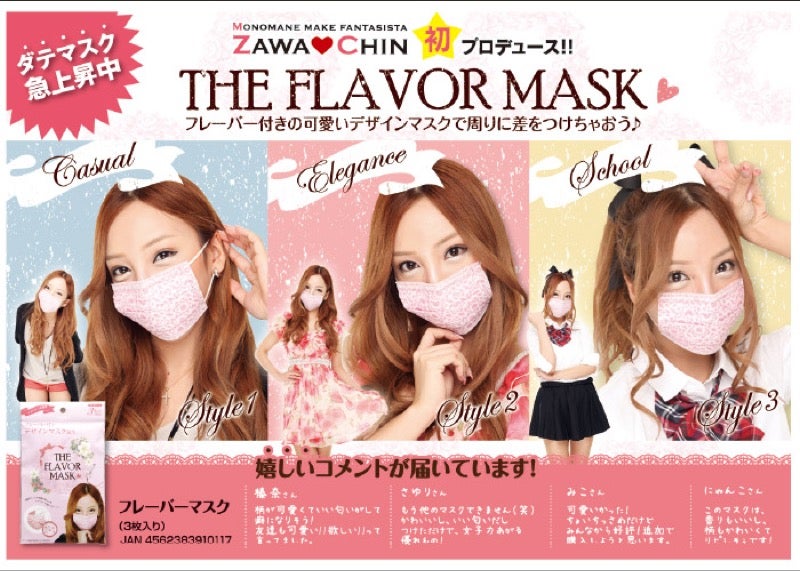 These masks were designed with young Japanese women in mind. Other makers have also released scented masks or masks explictly directed at women.

Nikkei now reports that there’s a new sickness mask called the “Be-Fit Mask.” This is a pun, because here, “be” refers to the kanji character 美 (bi), which means “beauty.” In Japanese, the product name is 美フィットマスク or “Bi Fitto Masuku.”

There are other form-fitting masks, but this one is the first I’ve seen that says your face will look smaller (on the packaging, even!) and your profile will have a “beautiful line” (in the commercial).

How is it different? 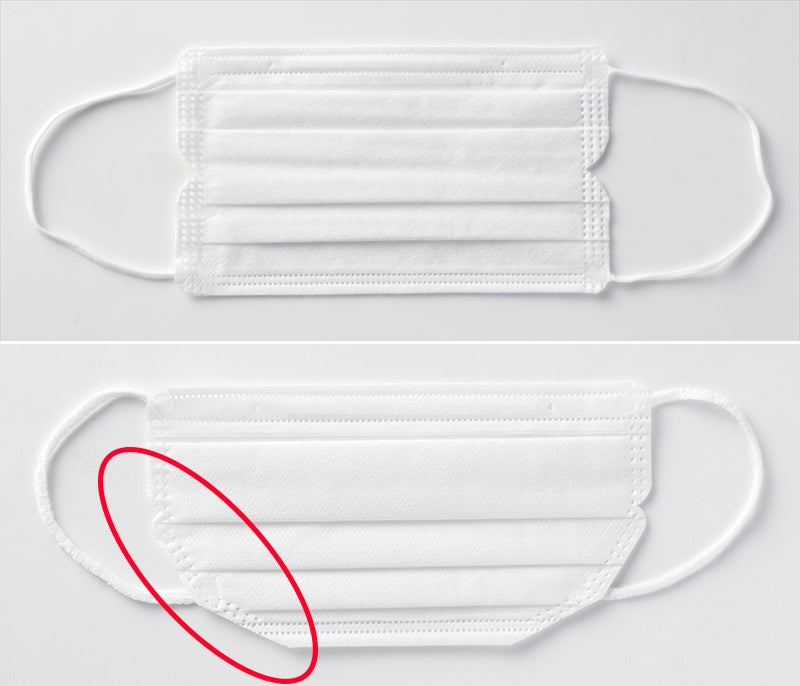 Above is your standard mask, and below is the Be-Fit. The GIANT RED OVAL shows how the sides are shaved, creating a tighter fit. This is designed to give your face a desirable v-shape. 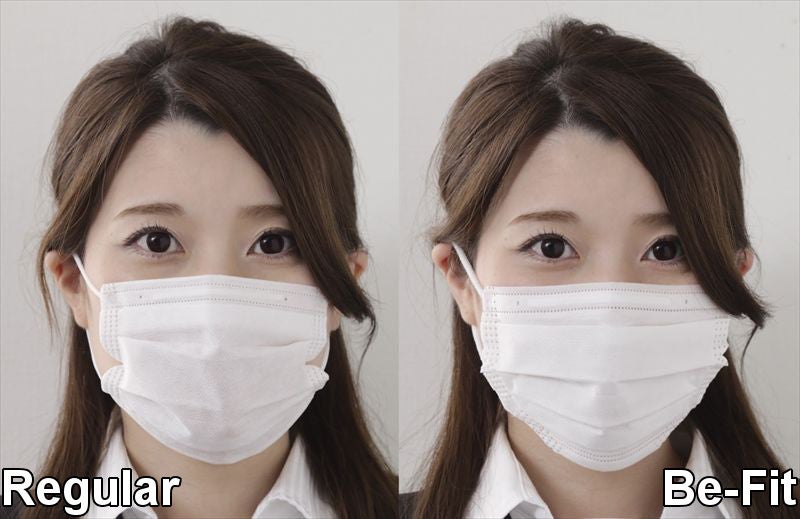 Do you think it looks that different? I guess it does. Perhaps?

This isn’t only for looks, though. According to Iris Health Care, this secure fit also means bad air won’t get in. This is a proper mask that will block harmful airborn viruses and microparticles through the mask’s four-layers of filters.

This beauty sickness mask, however, isn’t only aimed at women. There’s a large size that’s apparently for men.