John Williams knows more about Star Wars than you do. I mean, not in the 'who was R5-D4's original manufacturer in the Expanded Universe' sort of way. I mean narratively, and emotionally. It's fair to say that while The Force Awakens has been received with near universal acclaim (as Metacritic would put it), the reception for John Williams' score has been a little more guarded. It's a hard bar to hit — some of the best film music of the twentieth century was written by Williams for a Star Wars movie, after all.

It's true, The Force Awakens score offers little in the way of memorable new melodies. I'm a film score tragic, and it took even me several listens to fully embed Rey's Theme, the major new melody from the film, into my mind. 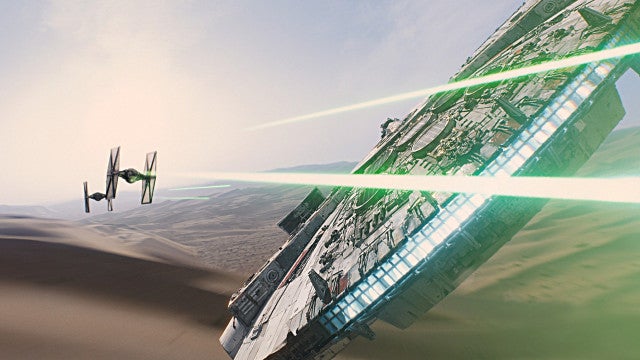 Let's start by listening to the March of the Resistance, the track that probably most clearly defies expectations. The 'good guys' themes of the original trilogy, and even the prequel trilogy, were bold, brassy and perfectly memorable. The Rebel Alliance theme, for example, is bouncy and joyful. The March of the Resistance, by contrast, is ambiguous and opaque, and never quite lets you rejoice in the knowledge that this is the call-sign, the insignia, of the team we're cheering for.

So what is it? Well, somewhat surprisingly, it's a fugue. I'm not really sure when the last time we heard a fugue in a Hollywood film, but it sure was some time ago. The fugue is something that had its heyday in the baroque era, when people like Bach were making music. It's not a joyous style of music: it's considered, thoughtful, even intellectual.

To get technical for a moment, a fugue is a musical form based on repetition and contrast. It takes a melody and twists it, alters it and represents it in an impossibly different number of ways over its duration. It does this by playing it against itself through a number of different voices. Maybe they're literal voices, in a choir, or maybe they're oboe, trombone and cello, all working in counterpoint together. Sometimes the melody is played backwards, forwards, in adjacent keys, in transpositions. Sometimes new material is introduced against it. You can see why it's not commonly used today: it's the kind of music that needs a puzzler's mind, someone who can write a Mobius strip of a melody.

John Williams has used fugues before. Probably the best-known instance is in Jaws, where he uses a baroque fugue in the strings to underscore the gravity of the shark chase at the end. It's a clever piece of music in a clever score; Williams uses the complexity of the music to create gut-churning suspense. 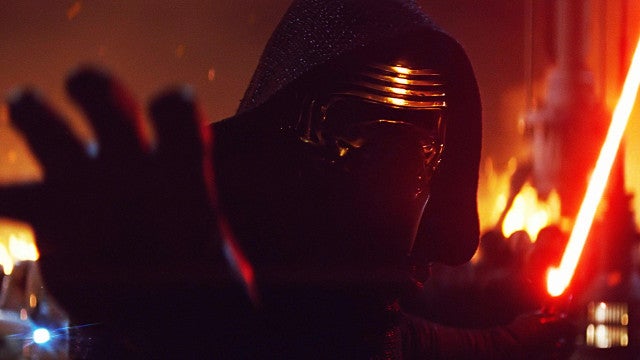 But what's it doing in The Force Awakens?

The answer lies in emotion and filmmaking. The Star Wars films have always, to an extent, been films about other films, even if its huge fan community hasn't always realised it. A great many people have written at length about how for the original film, George Lucas turned for inspiration to a catalogue of film history, including Flash Gordon, The Dam Busters, The Hidden Fortress, The Searchers and old Errol Flynn swashbucklers.

Here lies the key. Before The Force Awakens was released, I wrote for Gizmodo about how the film appeared to be pulling the same manoeuvre: but this time, instead of broadly turning to film history for inspiration, it was looking to the original three films. The source of The Force Awakens' power was Star Wars itself. This has actually been a source of the most common complaint regarding the film, too: that it feels unoriginal, that it returns to the well too many times and too obviously. "Another Death Star?" an X-wing pilot says late in the film, as though to try and pre-empt the complaint.

The Force Awakens repeatedly references the originals, yes, but what's new about it is also genuinely new. We've got a woman as a protagonist — a woman who doesn't need to be saved, who is clearly more capable than anyone else around her. We've got a deserting stormtrooper, and a set of fraught parental relationships that echoes the originals but sets up an entirely new story to tell.

Then we've got the unexpected echoes of the original trilogy, too. My favourite is actually emotional rather than symbolic: you almost have to look back to the original Star Wars films to find a Hollywood blockbuster about people who quickly become genuine friends and who uncomplicatedly enjoy each other's company. The same is true of The Force Awakens, as Finn, Rey and Poe all believably become friends without cynicism or shallow 'character building' conflict. This kind of positivity and hope was old-fashioned back in 1977, and it's old-fashioned now. Especially with the current onslaught of grim superheroes fighting other grim superheroes, it's a struggle to remember the last film that gave us a group of friends who genuinely liked each other. It's a throwback as welcome as any practical effect.

You then have a clear pattern in The Force Awakens. You have new stories, new material, and new characters, clearly framed — some would say constrained — by the constant repetition of old ideas, old plot devices and old characters. New, old, new, old. 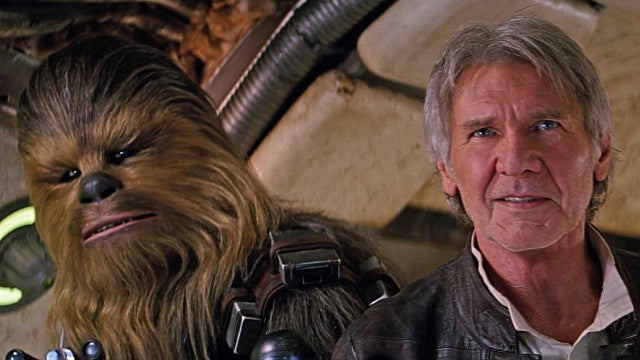 So what does John Williams do? He gives us a fugue.

Remember: this is a musical form that is constructed around repetition and surprise. You hear a statement of a melody, and then you hear its alteration. You hear a new melody in counterpoint, you hear the old melody return. New, old, new, old, new, old. That's how the fugue works.

That this was intentional — not to say illuminating — is made stunningly clear by perhaps the most breathtaking moment of the whole Force Awakens soundtrack. In the dying moments of the end credits suite (from 7:28), John Williams gives us The Force Theme, the most frequently played theme from all six previous Star Wars films, and he merges it — fugue style, with both melodies calling and answering each other — with Rey's theme, the most prominent of the new set of musical ideas.

Old and new, together. This is how The Force Awakens works, and it's perfectly encapsulated — once again — by the film's music.

John Williams knows more about Star Wars than you do.