Superman Says Some Ridiculous Things In Today's Superman Comics, And I Love It 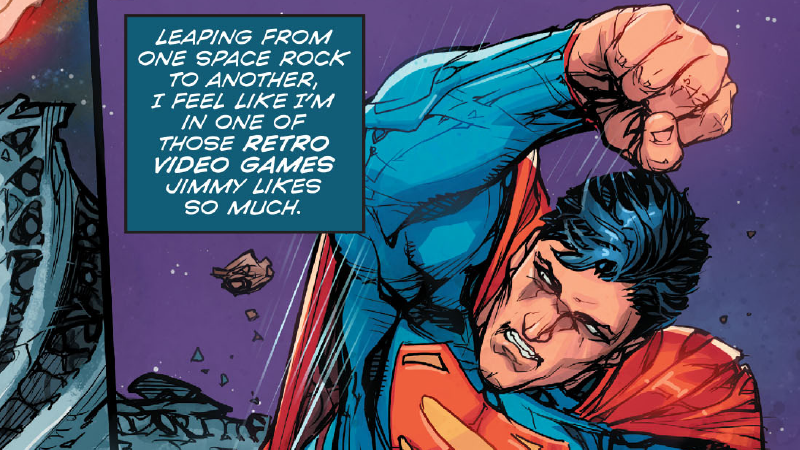 Between Action Comics, Superman, American Alien, Lois and Clark and Neal Adam's new Coming of the Supermen series, the variety of takes on Clark Kent in DC's current slate is something to be admired. They all offer some pretty great insights into the Man of Steel as a character... but some of these insights are less absurd than others. Very minor spoilers ahead for Superman #50, by Gene Luen Yang, Howard Porter, Ardian Syaf, Patrick Zircher, Jon Bogdanove, Hi-Fi and Rob Leigh and Coming of the Supermen #2, by Neal Adams, Alex Sinclair and Erika Schultz.

Let's start off with Superman #50, with Kal-El's climactic duel against Vandal Savage in the wake of Superman recently being restored to his full superpowered goodness. It's a cool fight, but the inner monologue Lang gives Superman reads a little more like "Superman! He's heard of video games, maybe!" It starts with the panel above, and then immediately follows with this: 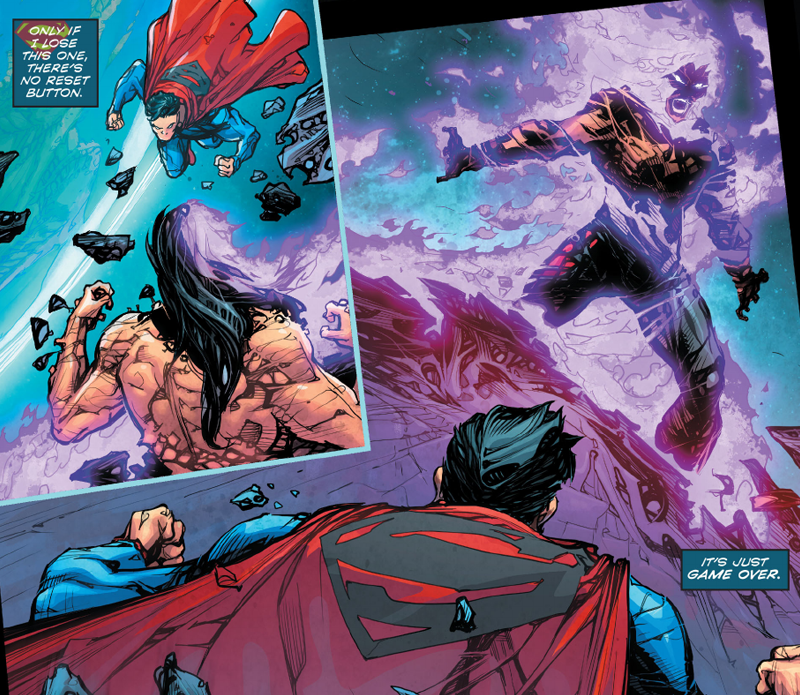 This is about one "high score" reference away from being every conversation about video games in modern media.

Meanwhile, in Coming of the Supermen — a six-part miniseries penned and drawn by comics luminary Neal Adams, about three "supermen" from the bottle city of Kandor trying to join Superman as heroes on Earth — we have this conversation with Jimmy Olsen: 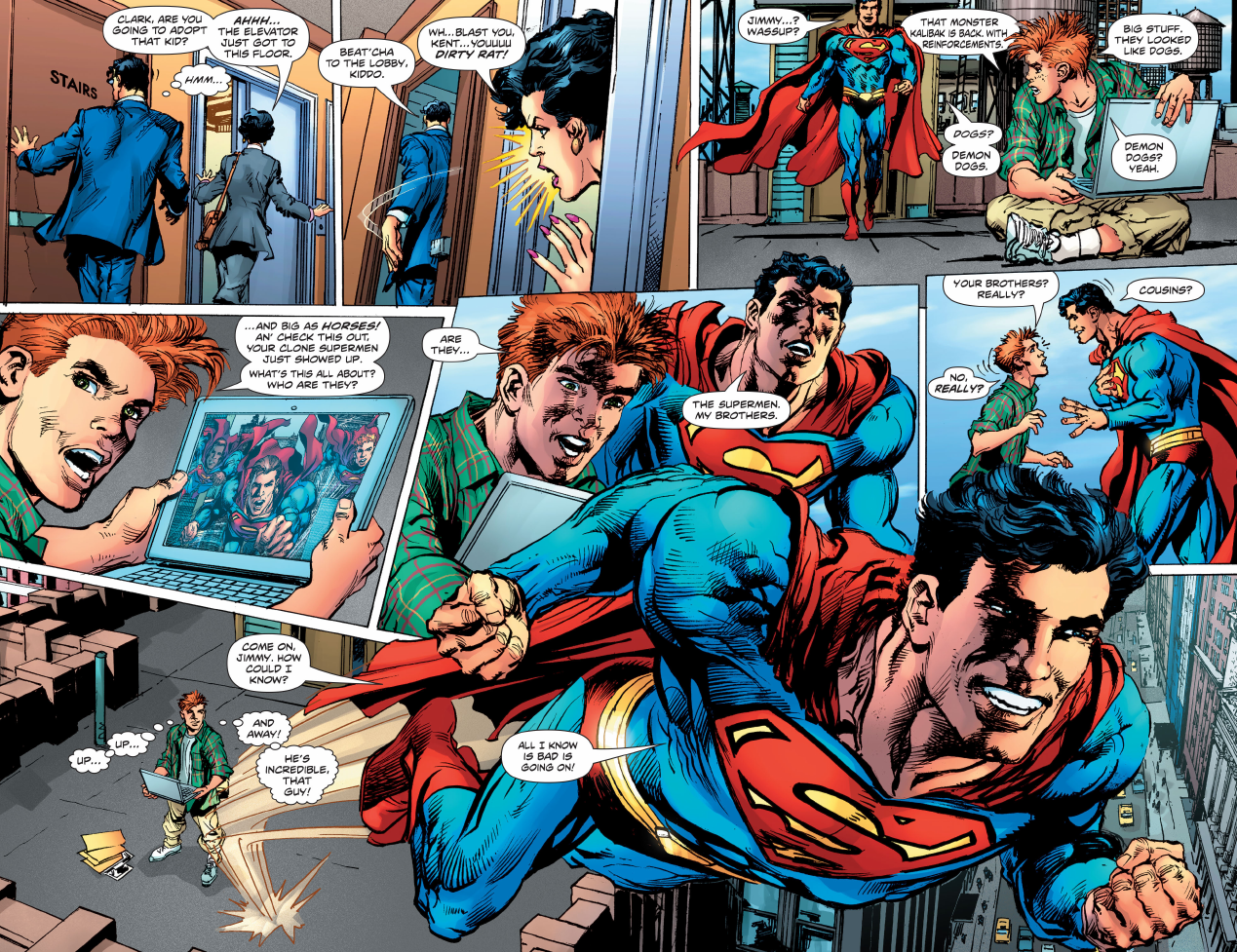 Everyone's hair in this book is a spectacular mess. It's so good.

I can't honestly tell you what broke my brain more, the silly gaming nods or Superman saying "wassup" to Jimmy Olsen. Out of context, here are some more amazing lines from this issue:

"Your foul fetid sounds are the only power you bring to the field of battle. To those sounds I bring only silence. BONE CRUNCHING SILENCE. DAMN YOUR STUPID GLOVES."

"All three of you woke up one morning and decided to dude up and take a day trip to visit to watch your favourite hero in action..."

"AS BEFORE YOU WANT THE BLOOD. THIS YOU SHALL NOT HAVE."

Yes. It's that sort of comic, a throwback to the preposterously fun sort of dialogue in the '70s era that Adams ruled over at DC.

It would be easy to lambast all this silliness as DC not taking the character seriously enough, but honestly? I love it. There's a goofiness and lightheartedness to the swathe of Superman books in DC's roster at the moment — a counter to the self-serious beating the character has taken over the past year — that is completely refreshing.

Whether it's Clark Kent being a big ol' dork in Superman, or the madcap throwback vibes of Coming of the Supermen, it's great to see the Superman books pick up with actually interesting and fun storytelling... something DC haven't really been nailing with the character lately. I'll take a little cheese over villain-of-the-month boredom any day of the week.