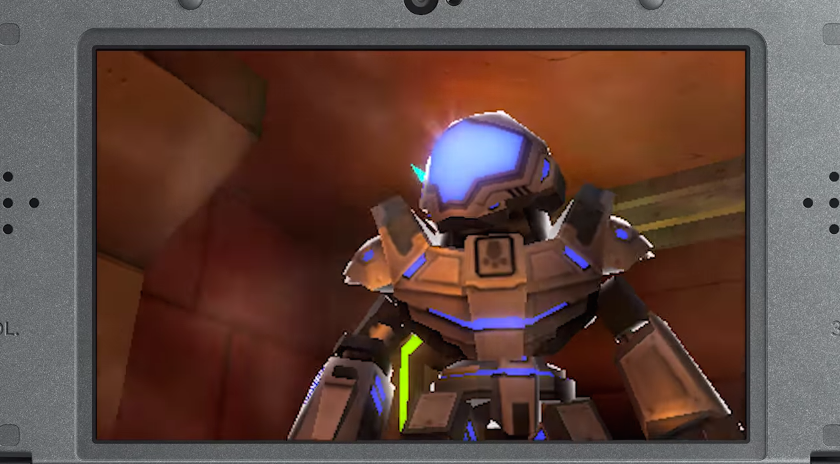 The first nine minutes of a new video for the most hotly-debated Nintendo game in years shows what looks like a pretty fun four-player co-op shooter. The last five minutes are interesting in a different way, as they appear to be Nintendo's best efforts yet to address criticism of the upcoming game, Metroid Prime: Federation Force. The most striking moment involves producer Kensuke Tanabe's justification for Federation Force's oft-criticised art-style, which he says was chosen because it will benefit how the game plays.

Earlier Metroid and Metroid Prime games have used a serious-looking art style meant to transport players into the kind of alien worlds one might see in a gritty sci-fi blockbuster.

Federation Force is using a more cuddly, chunky graphics style, fattening its protagonists and enemies. Tanabe says in the video that this was done to make it easier to depict groups of shootable enemies in a handheld game.

After completing the development of Luigi's Mansion 2, we started working on this project with development company Next Level Games. At that time we had many discussions about how to make a multiplayer gameplay experience great on a handheld system: Things like map loading time, the number of enemies we could display at a time, et cetera. There were many technical hurdles to face. But, most of all, the biggest issue was that objects you need to shoot will be so tiny on the small screen of the handheld system. That is why we decided to change things up and use this more rounded art style for the characters.
If you make the characters more rounded, enemies also become more compact, and you can display larger groups of them. Also, we compressed the surrounding terrain vertically, based on the characters' proportions. So the amount of information we could display on screen really increased. This resulted in a different aesthetic, but we wanted to prioritise providing the very best gameplay experience. After that, we tested out a version of this art style and we confirmed that it definitely offers the best handheld experience in the Metroid Prime world. That's when we gave the go ahead to proceed in this direction.

Federation Force hasn't just been knocked for its graphics. Some, including this writer, have questioned why Nintendo is bringing back the beloved and critically acclaimed Metroid Prime first-person sub-series after a nine year hiatus in the form of a multiplayer-centric shooter spin-off. It's an odd move, given that the entire Metroid series was most appreciated as a slow-paced, single-player sort of sci-fi detective adventure.

In interviews, Tanabe has said that he always wanted to make a game focusing on the space pirate enemies from the Prime series, but it's still an odd shift, one made all the harder for series fans to take given the lack of any new Metroid games since 2010.

In what appears to be an effort to satisfy fans, Tanabe clarified today that Federation Force has a story of its own that unfolds across its 22 missions and that the game can be played solo. He even reminded potential players that Metroid hero Samus Aran will show up in the game, apparently to provide intel on enemies.

Tanabe emphasised that the game is designed primarily for multiplayer, be it four player online or co-op and noted that, if you do play solo, enemy difficulty will still be scaled for four players. "If you are an expert player, consider this a challenge from us here on the development team and try going it alone," he said in today's video. 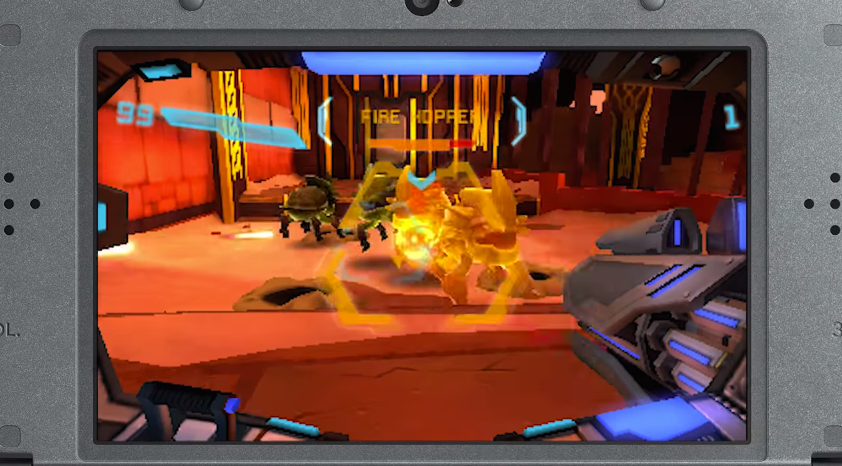 The actual gameplay sections of today's video look enjoyable. They don't look very Metroid-y, which will rankle some but probably won't matter to those who are ready to judge this game on its own merits. Earlier trailers for Federation Force have been heavily down-voted on YouTube, but, shortly after this new one's debut, a negative voting tilt had already turned positive.

Nintendo also released a sort of training mode for Federation Force today. It's called Metroid Prime Blast Ball and features three-on-three matches featuring players in mechs shooting a ball into the opposing team's goal. Think of it as a first-person shooter variation of Rocket League or as a way to test, for free, what you make of Nintendo's direction with their Metroid franchise. It can be played solo with bots, in local co-op or online. The full version of Federation Force comes out on September 3.