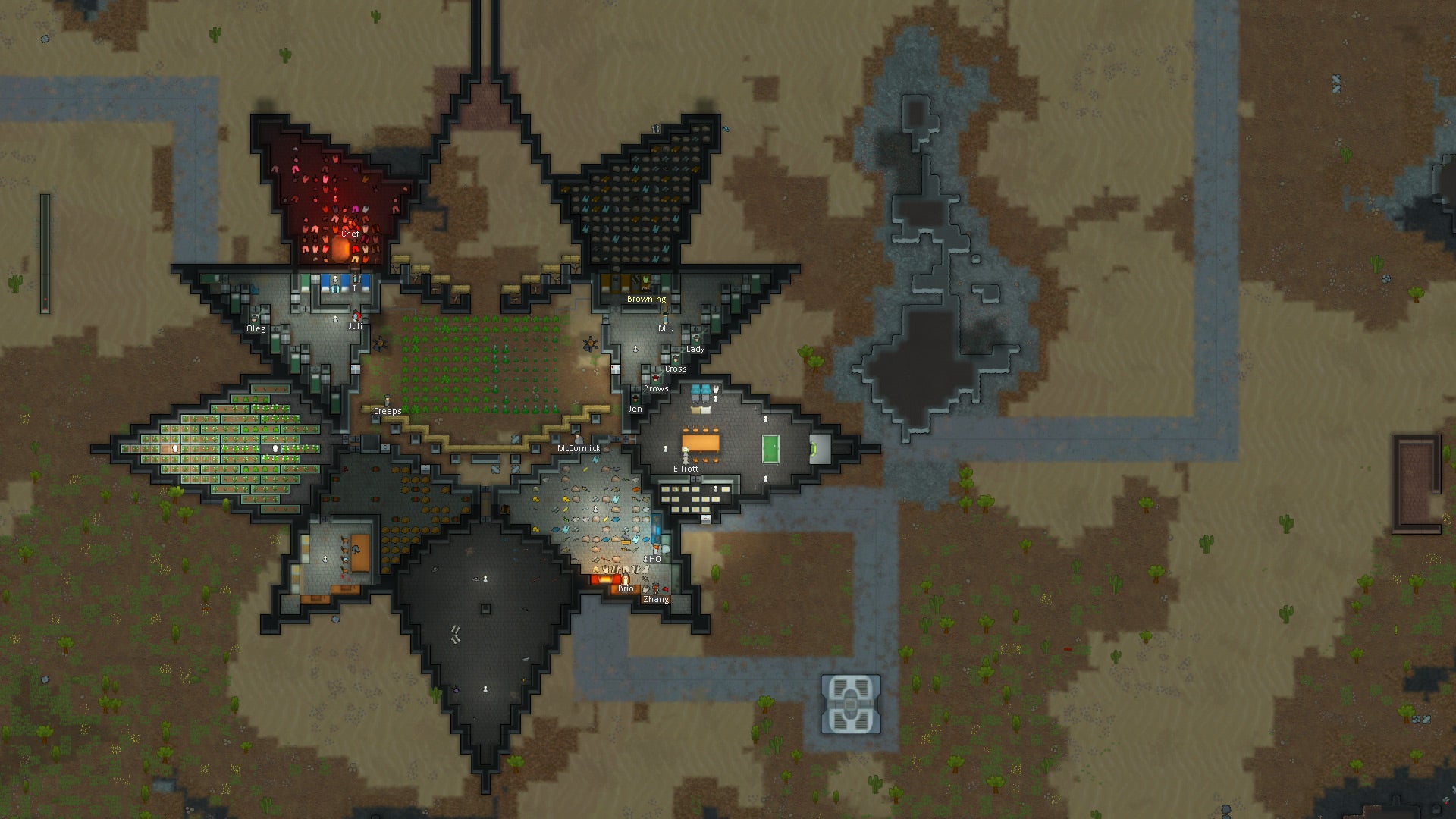 Thank goodness. The latest update for RimWorld, the Steam sensation that's basically Dwarf Fortress in space, adds two crucial features: A tutorial and, of course, drugs. The tutorial is much-needed, given that RimWorld's early goings can be overwhelming with all the death and madness going around.

The drugs, meanwhile, are drugs:

-Luciferium - Glitterworld mechanites that give huge bonuses to most capacities. However, without repeated doses the user goes insane and dies. It is impossible to clear the addiction, and the drug is 100% addictive on one dose.

They can obviously vary quite a bit in effect. Some are only effective briefly, while others produce powerful changes, but can lead to tolerance, addiction and even overdose.

I've already come across a handful of, er, fun stories of drug-addled disaster:

Smartbombradio found that drugs turned their colony into an entirely different sort of operation:

I made a colony that's manufacturing drugs and every pawn is a junkie. It's pretty funny, full on Scarface - everyone is getting high on their own supply.

KillfaceStabman's tale doubles as a PSA:

Had a 79 year old male, botanist, light-up for the first time today... After his first puff he immediately hit the deck incapacitated. I had another colonist come to his rescue, and take him to a med bed. I clicked on the botanist to view his medical issue... nothing... nothing except high on smokeleaf.
He's doing much better now and I'd imagine his glaucoma is under control!

Finally, LovecraftInDC wrote of a colonist's drug addiction in the wake of a crippling brain injury. Tragic:

AJ is one of my more hardened fighters, having gone through a lot. AJ had one problem, though; during a particularly nasty battle, he got a permanent brain injury. This caused him to have very limited abilities, so he was reassigned to cleaning and hauling things. Then, the benevolent colony master that I am, I legalised recreational usage of smokeleaf. This was fine for most people, using it occasionally but not extremely, but it was not fine for AJ. Having significantly limited consciousness already from the brain injury, AJ would smoke a joint...and then pass out wherever he happened to be, requiring rescue.
I just recently put AJ on a 'no drugs' regimen and things are going much better for him, but it gave me some hearty laughter when I finally figured out what was wrong after having to rescue him three times.

Let that serve as a lesson, kids: Be responsible with your Smokeleaf. And probably just never do Luciferium at all. It's named after Lucifer, for fuck's sake.