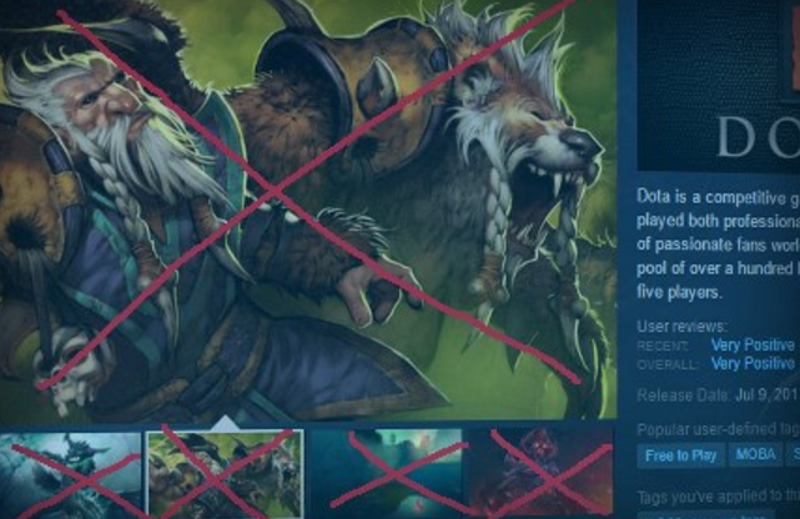 We've heard rumblings of a big Steam update on the horizon, and details are beginning to trickle in. Apparently it's "a couple weeks away" and will, among other things, require developers to advertise their games with real screenshots, rather than art, CGI or pictures of their holiday to Cancun. A member of the Facepunch forums with access to Steam developer posts screenshotted Valve's latest missive. I reached out to Valve, who confirmed what was on the page and sent me an official copy of it. There are two key points: 1) Developers will soon be required to flag screenshots that contain mature content, and 2) images in a game's top carousel will need to be actual screenshots. No more art or pre-rendered stuff.

Here's what Valve had to say about the latter:

We haven't been super crisp on guidelines for screenshots in the past, so we'd like to take this opportunity to clarify some rules in this space. When the 'screenshot' section of a store page is used for images other than screenshots that depict the game, it can make it harder for customers to understand what the product is that they are looking at. Additionally, we're going to start showing game screenshots in more places as described above, and these images need to be able to represent the game.
We ask that any images you upload to the 'screenshot' section of your store page should be screenshots that show your game. This means avoiding using concept art, pre-rendered cinematic stills, or images that contain awards, marketing copy, or written product descriptions. Please show customers what your game is actually like to play.

Valve added that they don't have a spotless record with their own games, offering DOTA 2 as an example. Up until very recently, many of its "screenshots" were concept art. As part of this new effort, Valve's corrected that.

Over the years, there's been a heap of controversy around screenshots proudly touting features that don't exist or impossibly stunning visuals. Recent case in point: Whether you love it or hate it, you gotta admit that No Man's Sky's Steam screenshots are, as Kotaku's own Kirk Hamilton puts it, "hogwash". They have only served to fan the flames of ire lapping at the game's procedurally generated eyeball ankles.

If all goes according to plan, Steam's new policy will keep developers honest. The question, though, is how comprehensively it will be enforced. Will egregious bullshots still be allowed? I sure hope not, but I guess we'll find out in a couple of weeks.