Intel’s Project Alloy Is How VR Should Be

Intel announced its Project Alloy VR concept back in August, but no one’s been able to try it since. That all changed this week at CES, where Intel showed off a developer kit to select media. Gizmodo was lucky enough to be invited into the private demonstration — and we’re happy to report that it was well worth the wait.

Before we dive into the experience, it’s important to make a few caveats: First of all, this is not a finished product. The images you’re looking at are just a reference design. Intel plans to work with hardware manufacturers to build different versions of the headset.

What enables Project Alloy is Intel RealSense, a tiny camera array that debuted at CES 2014. The camera set is able make a 3D map of any room and the objects in it. Developers can then use the 3D computer model created by the cameras to layer graphics on top of it, which becomes especially handy for creating immersive VR experiences inside of a room.

The developer kit is actually a ridiculously good-looking headset considering it’s only a reference design. It’s completely black and has unnoticeable RealSense camera arrays in the front of the goggles. At the back of the headset is the big battery that enables the headset to be completely untethered. 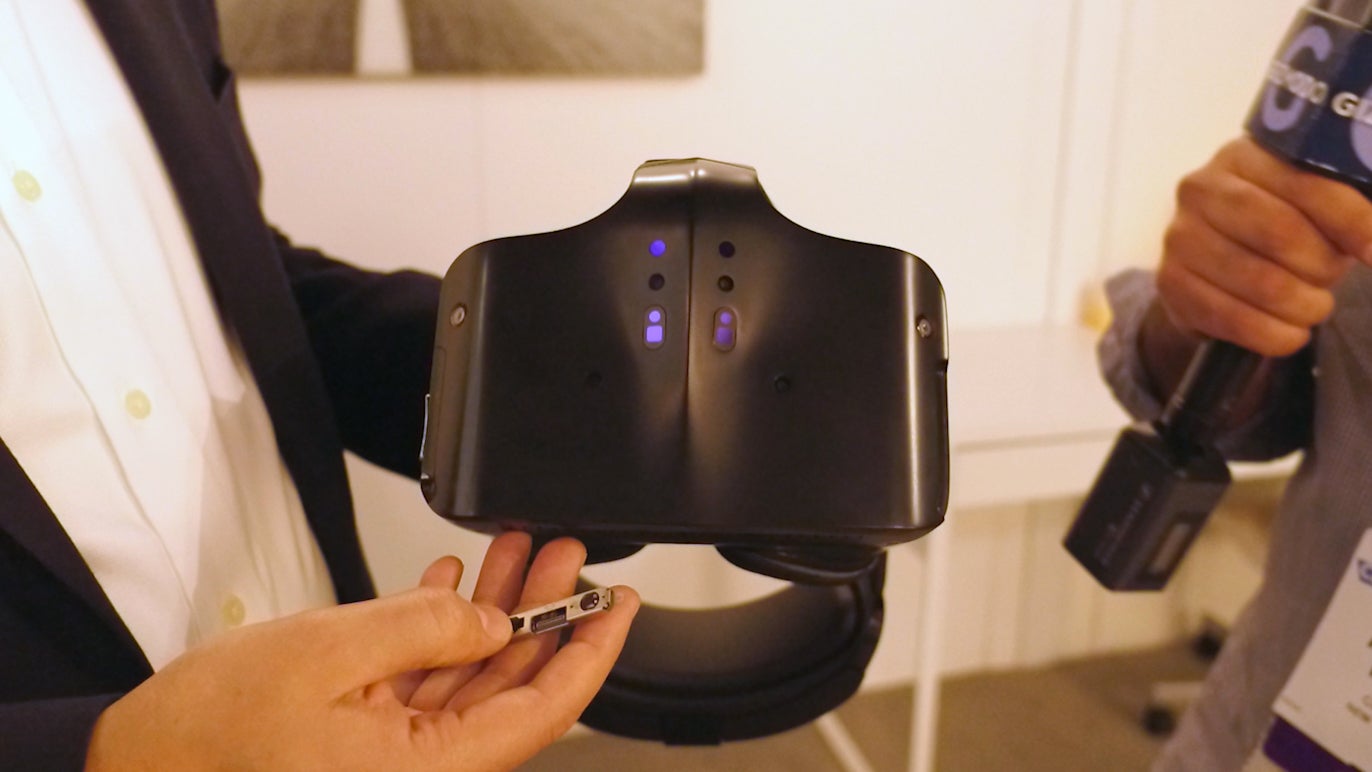 Eliminating the wire from the back of a VR headset is a huge deal. Anyone that’s ever played around with the Oculus Rift or HTC Vive will tell you one of the major pain points about those headsets is that you’re always tripping over the wire that connects it to power and a nearby computer — especially if you have room tracking enabled.

The Project Alloy headset I played around with let me walk around a room filled with book shelves, a coffee table and other objects in it. The demo room was basically made to look like a small apartment. The RealSense cameras took about a minute to scan the room, then another minute to turn the objects inside of the real room into elements in the game. The coffee table was turned into a big generator and the book shelves turned into rusty pipes and other weird objects straight out of a sci-fi film.

The game demonstrated doesn’t have a name and will never be available for public release. It was made to show off the room mapping and 3D tracking as you walk around the room shooting bad guys. The gameplay was similar to SuperHot VR, but I was shooting drones rather than humans. The graphics were also solid and easily comparable to anything I’ve played on the Oculus or Vive. 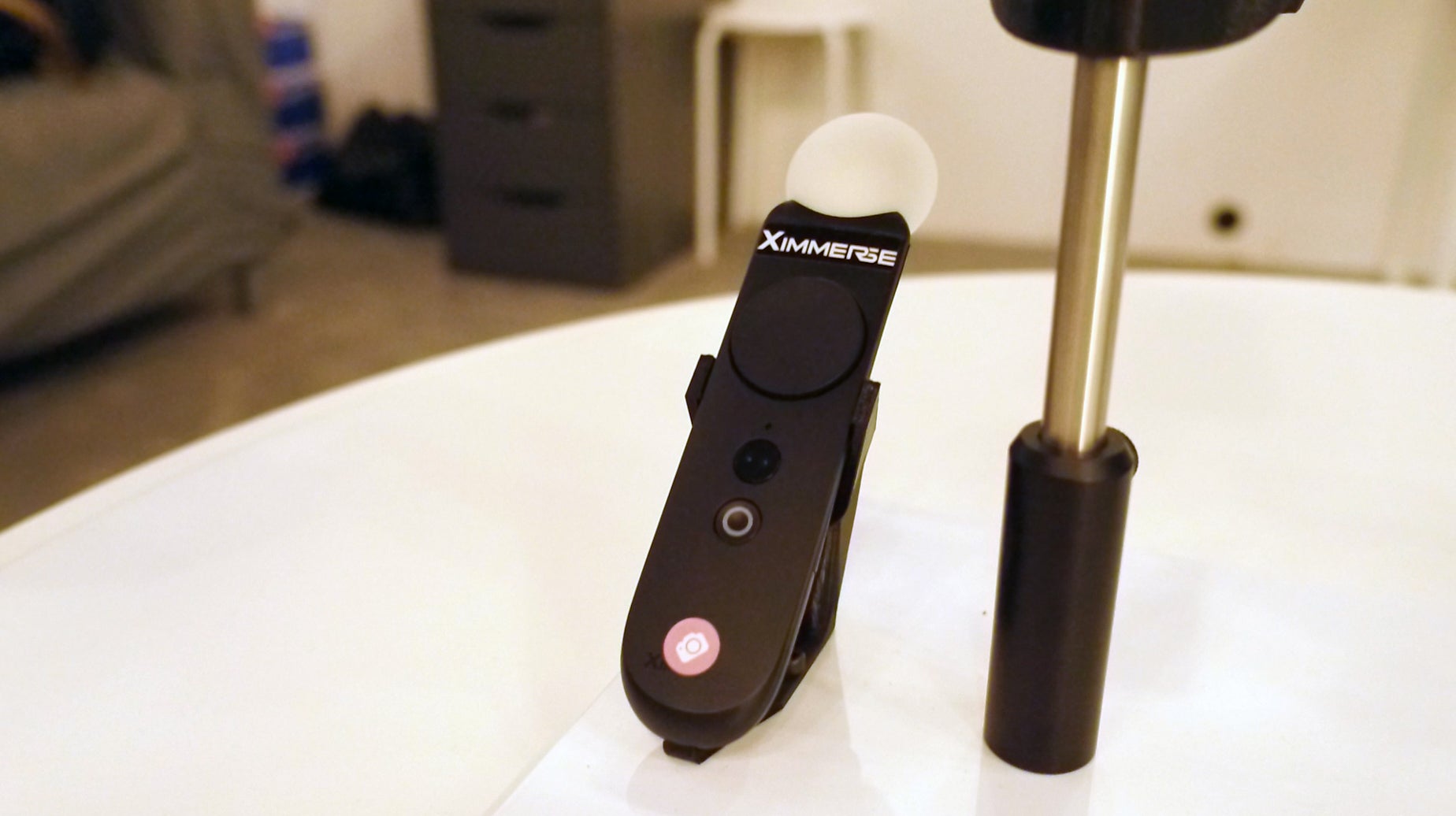 My only major complaint about Project Alloy was the controller. It felt a little too flimsy and is most comparable to the controller that comes with the Google Daydream headset. It has a trackpad right where your thumb goes and a trigger on the back. They’re basically standard VR controller elements at this point, but the quality just wasn’t as good as the higher-end headsets.

Still, the whole experience was awesome, especially compared to the other high-end virtual reality headsets out there. I was a little sceptical about how important the cable-free headset would be — but it makes tremendous difference when you’re walking around the room, ducking behind objects to dodge bullets, swinging your head in every direction to fire at bad guys. This is one of the few truly innovative products at CES and one I’m extremely glad I had a chance to play around with.

The Project Alloy developer kit will be made available to in the second quarter of this year, and there’s still no price tag on it yet. The public probably won’t see this thing for sale for a long time, but let me be the first to say it will be well worth the wait once an untethered VR headset finally makes its way into your home.