My Issues With Relationships Ruined A Witcher 3 Playthrough 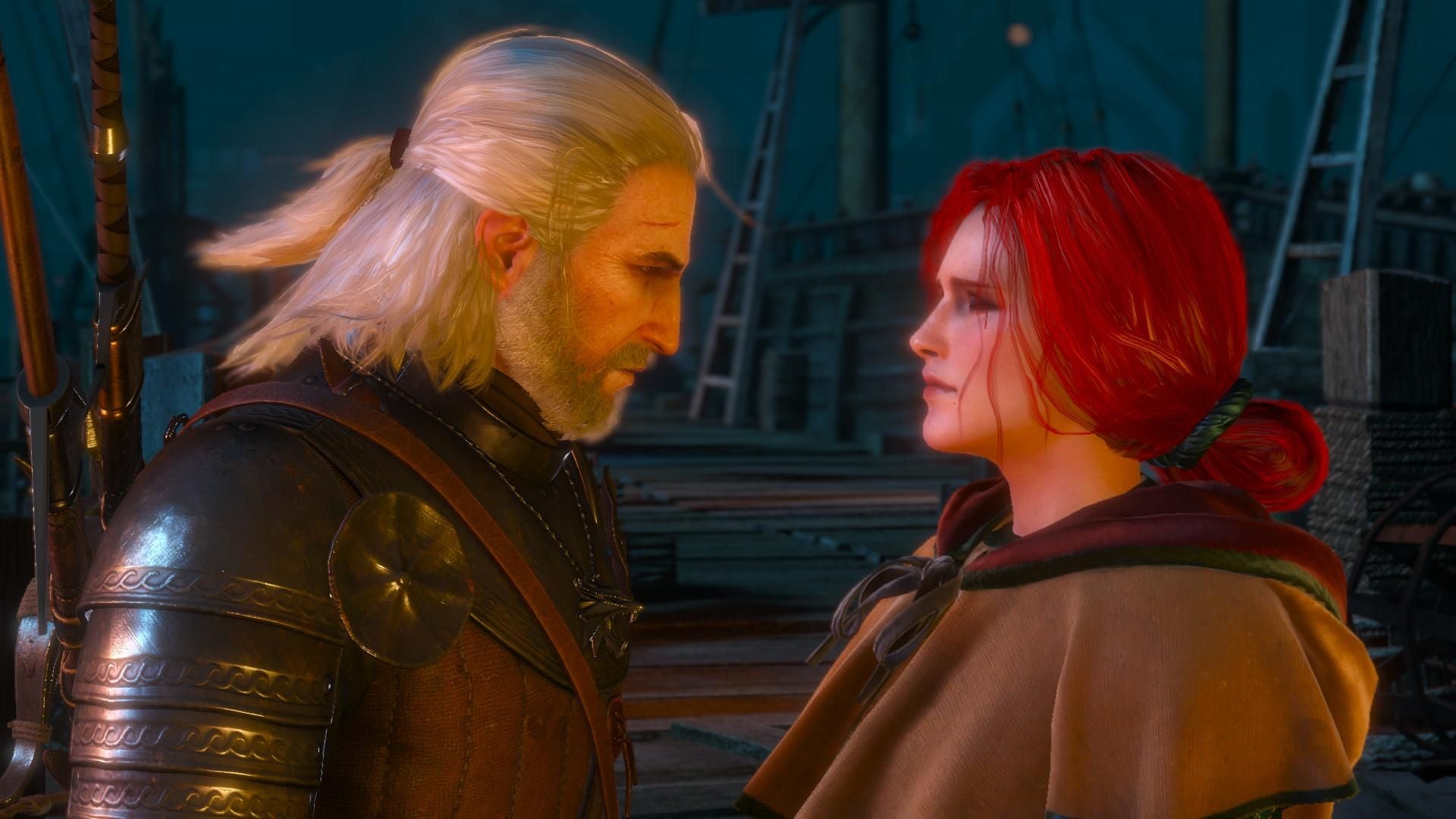 Last year, I cheated in a relationship that was honestly the best I've ever had. This is a pattern in my life, a problem that, for a long time, I refused to acknowledge. It's even extended to video games like The Witcher 3.

It all started with me beginning to wonder the same thing I always do: "Is the relationship I'm in now the right one? Maybe I'm making a mistake." From there, I managed to clumsily demolish a really solid foundation I'd spent nearly a year constructing with another person. I started talking to (and eventually flirting with) another person I found interesting. Instead of communicating with my girlfriend and working on our issues, I grew emotionally close to someone else. I made my girlfriend miserable with worry and myself sick with anxiety. I never cheated on her physically, and I won't go too much further into the nitty gritty of it, but when it ended, it ended bad. And I absolutely deserved every bit of it.

It all started with me beginning to wonder the same thing I always do: "Is the relationship I'm in now the right one? Maybe I'm making a mistake."

It wasn't the first time I've done this. And it wasn't the first time I blamed the other person, or the situation, or us "growing apart" for the doubts and anxiety that led to my bad decisions. I justified when I should have analysed. I didn't see this pattern until recently, or the way it came out of my own insecurities about relationships, even in video games. 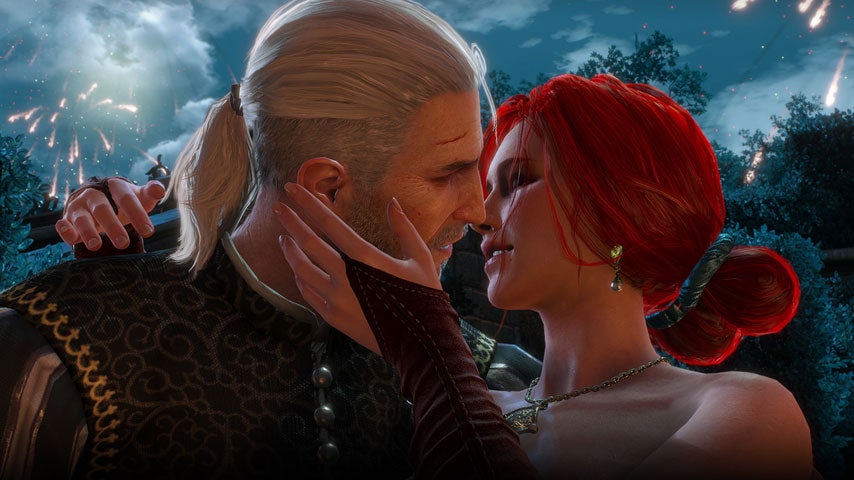 Which brings us to The Witcher 3 and the ridiculous things I did when doubt about my choices crept in. When I first started playing it back in 2015, I went through an entire romance arc with Triss Merigold, Geralt's main magical ladyfriend of the previous two Witcher games, up to the moment she was about to sail away into the cold night with a veritable Hogwarts-load of mages we'd rescued. It was a bittersweet moment; Geralt and Triss had a good run despite some big bumps in the road. A dialogue prompt popped up just as Triss turned to leave. "I love you," I made Geralt say. Triss stopped. She turned. She came back.

And then they fucked in a lighthouse, because this is The Witcher.

Triss still departed shortly after, but it was less of a dramatic, windswept "farewell forever" and more of a "see you later, [insert sexy wink here]." It was a fitting goodbye, and it felt nice. 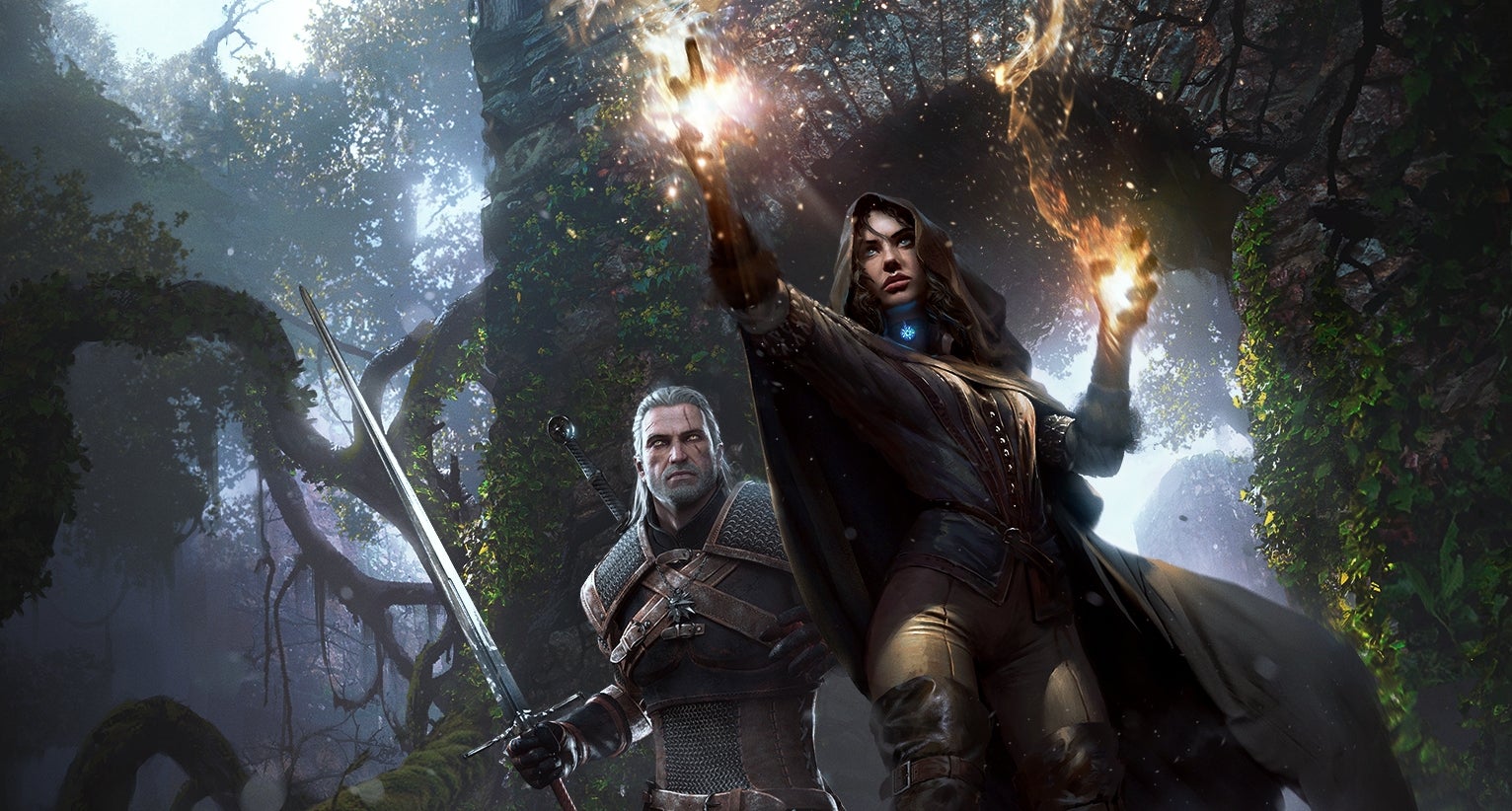 Later, after I'd made another 15 hours of progress in the game, Kotaku's own Kirk Hamilton informed me of a fact that gave me pause: by telling Triss I loved her, I'd committed to that romance. While The Witcher 3 generally allows you to role-play renowned casual sex-haver Geralt of Rivia, there are actually two romances with Consequences. There's Triss, who I just talked about, and Yennefer, Geralt's lover from before The Witcher games even began. Yennefer didn't actually appear in either of the previous Witcher games, so I didn't know her. She was new to me. I realised, however, that I'd already cut off a possible GeraltxYen ending, as well as other developments in their relationship.

At that point, I stopped playing the game for months. I fretted and sulked. Had I made the wrong choice? The more I heard about the sort of character Yennefer was, the more I wished I'd gone with her instead. The whole thing hung over my playthrough like a Cupid arrow tipped with poison.

Finally, I made up my mind: I would reload a save from around 20 hours before and redo the entire Triss thing, as well as countless quests and hunts surrounding it.

Finally, I made up my mind: I would reload a save from around 20 hours before (the closest one I still had) and redo the entire Triss thing, as well as countless quests and hunts surrounding it. I would redo 20 hours of a game I still remembered too well for it to be fun again, all to alter a single decision and open up a different romantic opportunity.

And I'd do all of this instead of just playing through the rest of the game and seeing what happened with Triss, accepting my choice and making the best of a good — not bad — situation. All because I couldn't stop wondering, "Is the grass greener on the other side?" (And no, I couldn't just watch this stuff on YouTube, because it had to be my Geralt.) 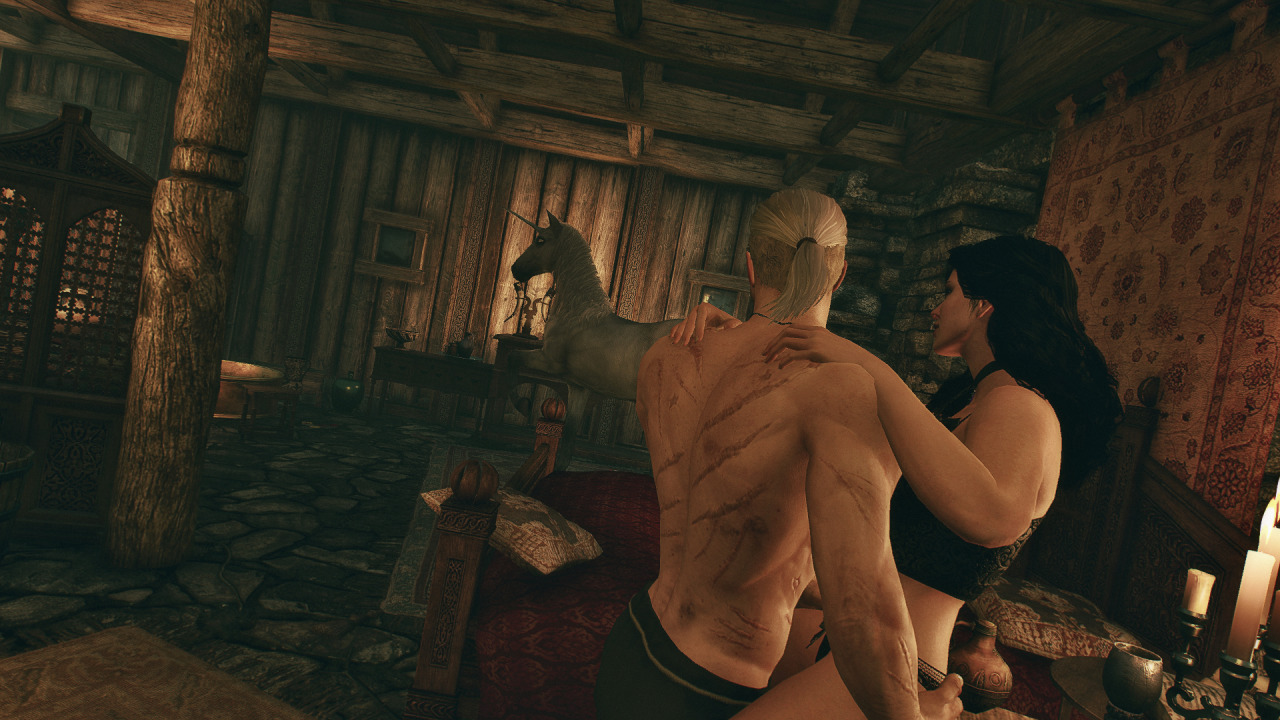 Many more hours of play later, I got to the Yennefer romance, and it was… pretty good. They had sex on a unicorn and beat up a genie to unbind their fates and see if their love was true. Also Yennefer took full blame for a heinous crime that Geralt kinda participated in — that was still mostly Yen's fault, mind — and it was sweet in that way where you're like, "This person is definitely a sociopath, but she means well!"

And yet. And yet.

I couldn't stop thinking back to this one part in The Witcher 2 where Geralt and Triss got trapped in some elven ruins and decided that, since they were stuck down there and surrounded by romantic roses (lol), they might as well dive into a pool and have sex. The setup for the scene is pretty goofy, but the actual moment is great. The way Geralt practically trips out of his pants when he realises Triss is into the idea is hilarious, and the scene unfolds in this really cute, heartfelt way.

It's not earth-shakingly dramatic or anything, but the best parts of relationships rarely are. The best times, I think, come when you can be silly with each other, when you can make a place feel like your own little world no matter where in the world you are. 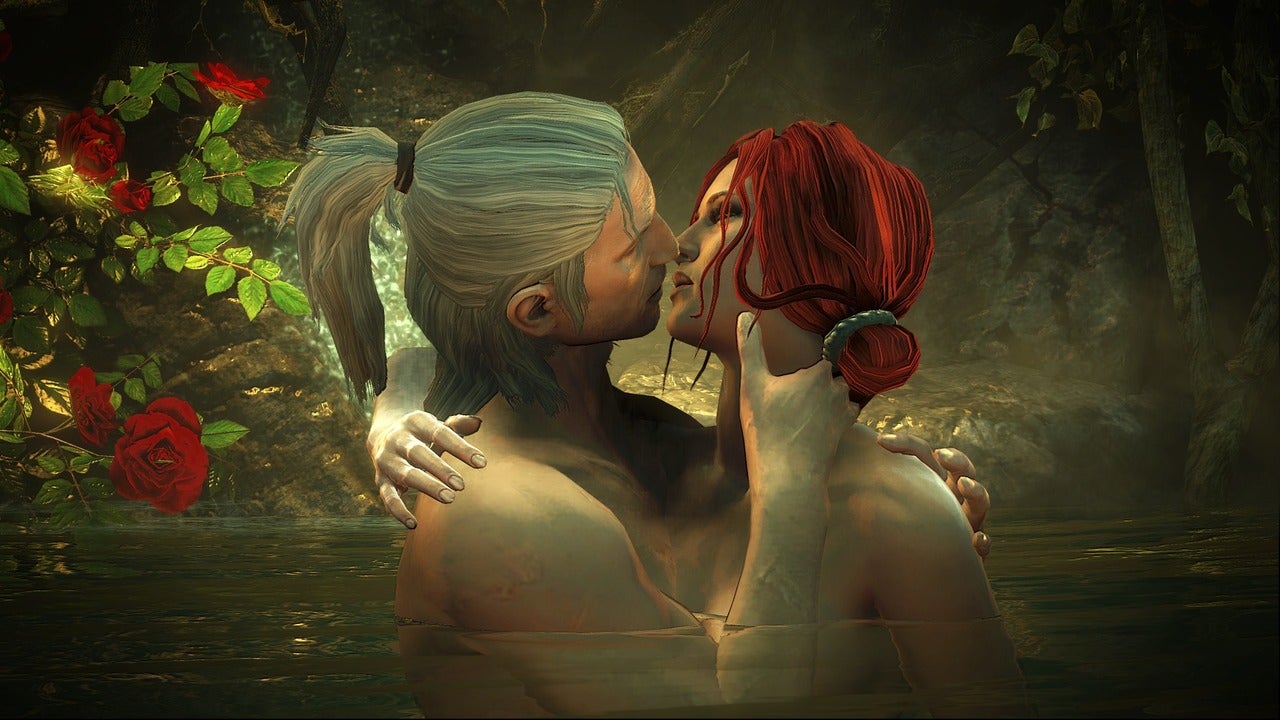 Yennefer's arc was dramatic and sexy, but once again, I began picking at that ugly old sore: "Is the relationship I'm in now the right one? Maybe I'm making a mistake." All that grief, and I still failed to resolve anything.

Recently, I bit the bullet and finally started seeing a therapist. My therapist and I have been examining the underpinnings of these bad habits, of my anxiety about choices, especially when relationships are involved, and the ways I constantly sabotage myself and other people. We're only just getting started, but it feels good to actually confront this instead of chalking it up to Another One That Just Didn't Work Out.

Other people weren't the problem. It was me and this thing I keep doing.

It's also gotten me thinking, and in hindsight I realise that, yep, my ridiculous and ultimately fruitless indecision in The Witcher 3 came from the same place as my real-life relationship issues.

In my most recent real-life relationship, I found something good, supportive, and comfortable. Ideal, honestly. But then I let myself get drawn in by something that seemed dramatic and exciting. The person in question wasn't bad, but the way I went about doing everything was, and ultimately, I made myself and other people miserable.

Other people weren't the problem. It was me and this thing I keep doing, this toxic tendency that will ruin any relationship I'm in, no matter how good, and hurt people in the process. I really wish I'd realised that sooner. It would have saved me and other people a lot of time and grief. Also, I could've beaten, like, a lot of video games that weren't The Witcher 3.