Uwe Boll's Restaurant Is Better Than His Movies 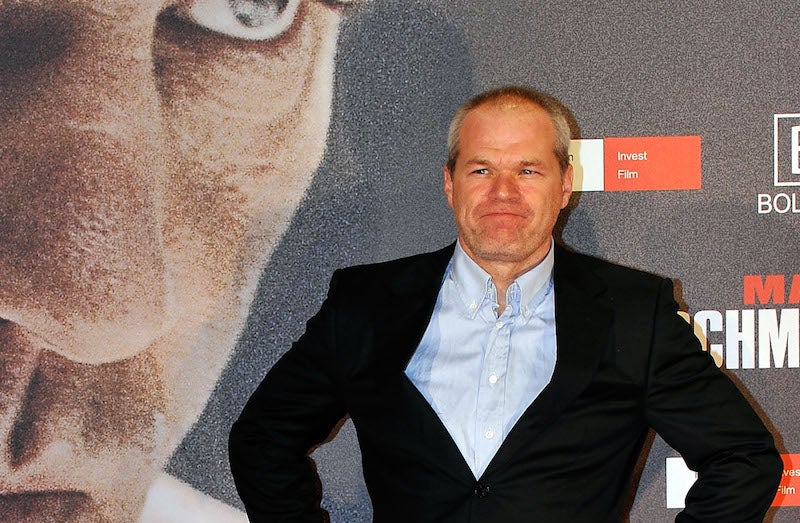 Ex-film director and notorious crank Uwe Boll now spends most of his time running a restaurant in Vancouver, and by some accounts it's the best thing he's ever done. Yes, even better than Bloodrayne.

Boll, the subject of a fun Vanity Fair profile published today, no longer makes movies or challenges his critics to boxing matches.

Instead, he's operating Bauhaus, a restaurant that the Globe and Mail describes as Michelin-star-worthy. ("A delicately slow-cooked onsen egg oozed silky yolk over a shattered crumble of crisp Parma ham. Succulent pink-poached veal tenderloin was laid over a glossy pool of demi-glace so meaty and rich it evoked the image of a voluptuous Boll-inspired warrior goddess easing into a mud bath.")

Last year, after releasing his 30th film, Rampage: President Down, Boll said he was retiring. Although he tells Vanity Fair that he still plans to produce other films — and that he believes one day critics will reassess his "underrated masterpieces" such as Alone in the Dark and Postal, both based on the games — he now appears content to focus on his food.

Also in the piece is this incredible nugget, including a shoutout to Kotaku's newest editor:

One of Boll's frequent pronouncements is "It's totally absurd!," said in cadences more gleefully bemused than indignant. He gets a kick out of Hollywood in particular, delighting in telling about the time Burt Reynolds passed out while on set ("I thought he was dead"), how Kevin Costner demanded to be picked up by a private jet ("He's a prick"), the time he courted George Clooney for a film ("No fucking response"), and the time he slept in Jennifer Lawrence's bedroom — and read her teenage diary — when her parents rented out their home in Los Angeles ("You should actually write that in the article. She doesn't know it").

There have been times, Boll admits, when he ought to have kept his mouth shut. "If I think there's an injustice or something, then I lose it, you know. Then I don't have a problem with just saying, No, that guy is an arsehole." (According to Boll, the writer who gave Postal a damning write-up in Wired had told Boll in person he had loved the movie. "That is arsehole behaviour," Boll says. The writer, Chris Kohler, denies ever meeting Boll.)