This Fan's Incredible Amiibo Display Case Is Probably Better Than Yours 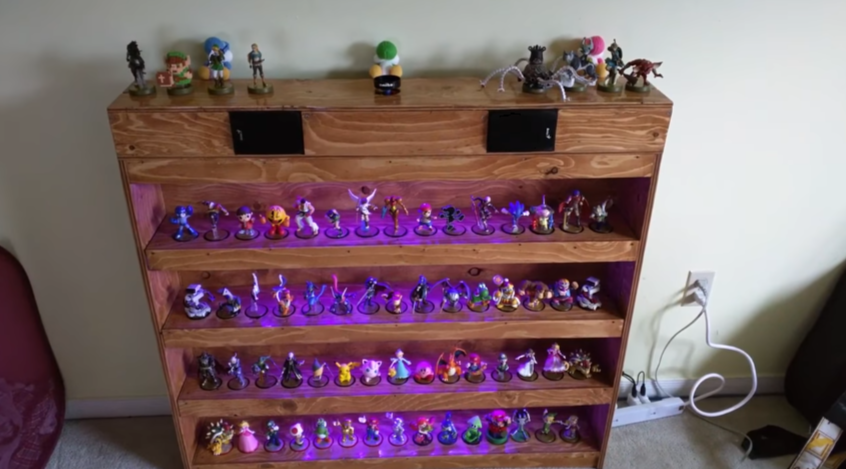 Amiibo may look like Smash Bros. trophies, but they don't act like them — not normally, anyway. One fan has spent two years trying to make that fantasy into more of a reality, and the results are awesome.

CaliburLord K uploaded a video showcasing an elaborate Amiibo display that not only lights up, it can tell different Amiibo apart. When an Amiibo is put into the centrepiece, the Smash Bros. announcer shouts the character's name, the theme music plays, and the figure spins around:

The shelf project seems to have begun in 2015, using a tutorial by ModusPwnin on how to put together an interactive Amiibo gadget. Since then, LED lights were installed and the wood was stained and sealed. Apparently the interactive bit works with all of the Amiibo in the video, which is rad.