Everything Bethesda Announced At E3 2017 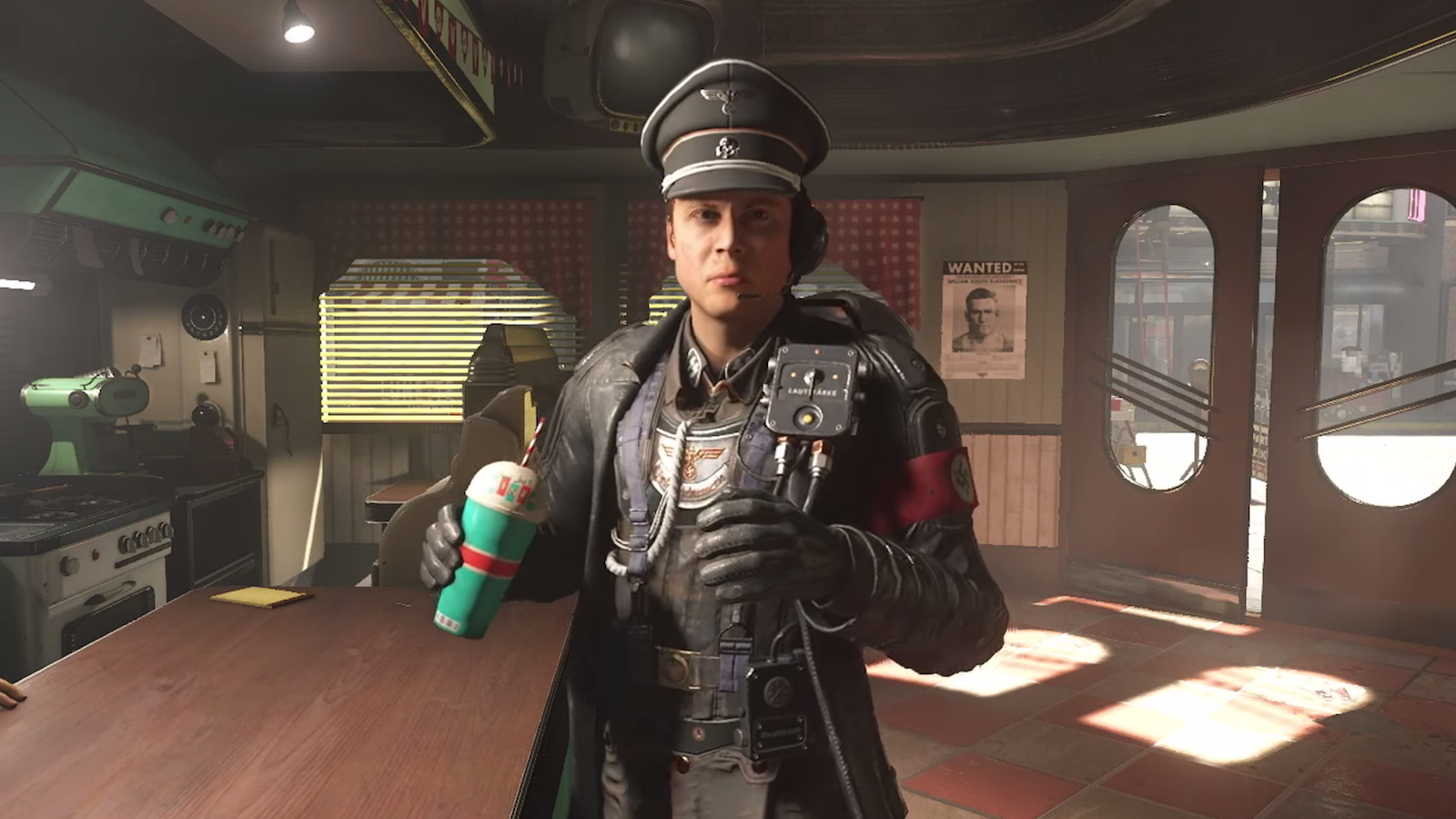 It was a "Nazi with a strawberry milkshake" kinda night.

Bethesda won the award for latest E3 press conference of 2017, bringing us a late-night event from BethesdaLand, their own self-styled amusement park. Among other things they debuted sequels to Wolfenstein and The Evil Within, along with a new Dishonored game.

There weren't any huge surprises, but at least they kept things moving along. And there's no deying that Wolfenstein II trailer was good shit.

Let's get into it.

Fallout 4 will be entirely playable in VR (watch here), and more importantly, that VR version is coming this fall. I'll definitely check that out. Doom VR looks like a bit of a one-way-ticket to vomitville, but that doesn't mean I won't play it.

The "Creation Club" will bring paid mods to Bethesda games.

The new Creation Club looks like it will allow Bethesda and various outside developers to create mods and other content for Bethesda games. You'll have to spend credits to download new content, and it's a safe bet that credits will cost money. Basically, another crack at paid mods after the first attempt failed.

You can use an Amiibo to dress up as Link in Skyrim on Switch.

My boss Stephen Totilo called this during the pre-show with Geoff Keighley. Good job, Stephen.

Dishonored Gets A New Adventure In September.

Dishonored: Death of the Outsider comes out on September 15 2017. It's a standalone adventure that will star a mechanically augmented Billie Lurk alongside her old mentor Doud, just like the two-part DLC for the first Dishonored. Given that that DLC was arguably (inarguably?) better than the main game, I've got high hopes.

The Evil Within 2 is coming Friday the 13th of October.

This was a pretty damn slick trailer, though the story stuff was lost on me since I didn't finish the first game. The gameplay looks a lot faster than in the original, but who can really say based on a trailer?

Apparently BJ Blazkovitz survived the end of The New Order, along with a surprising number of the main cast from the first game. Bethesda showed off a surprising amount of the game in a big trailer, along with a ton of cutscenes and gameplay. It's out in October, and I want to play it super bad.

Couple other things: The Elder Scrolls Legends card game gets Skyrim content on June 29, there was a new trailer for some Elder Scrolls Online stuff, and Quake: Champions will get its own world championships on August 26 at QuakeCon.

We'll be back tomorrow for Ubisoft and Sony, and covering the rest of the show all week.