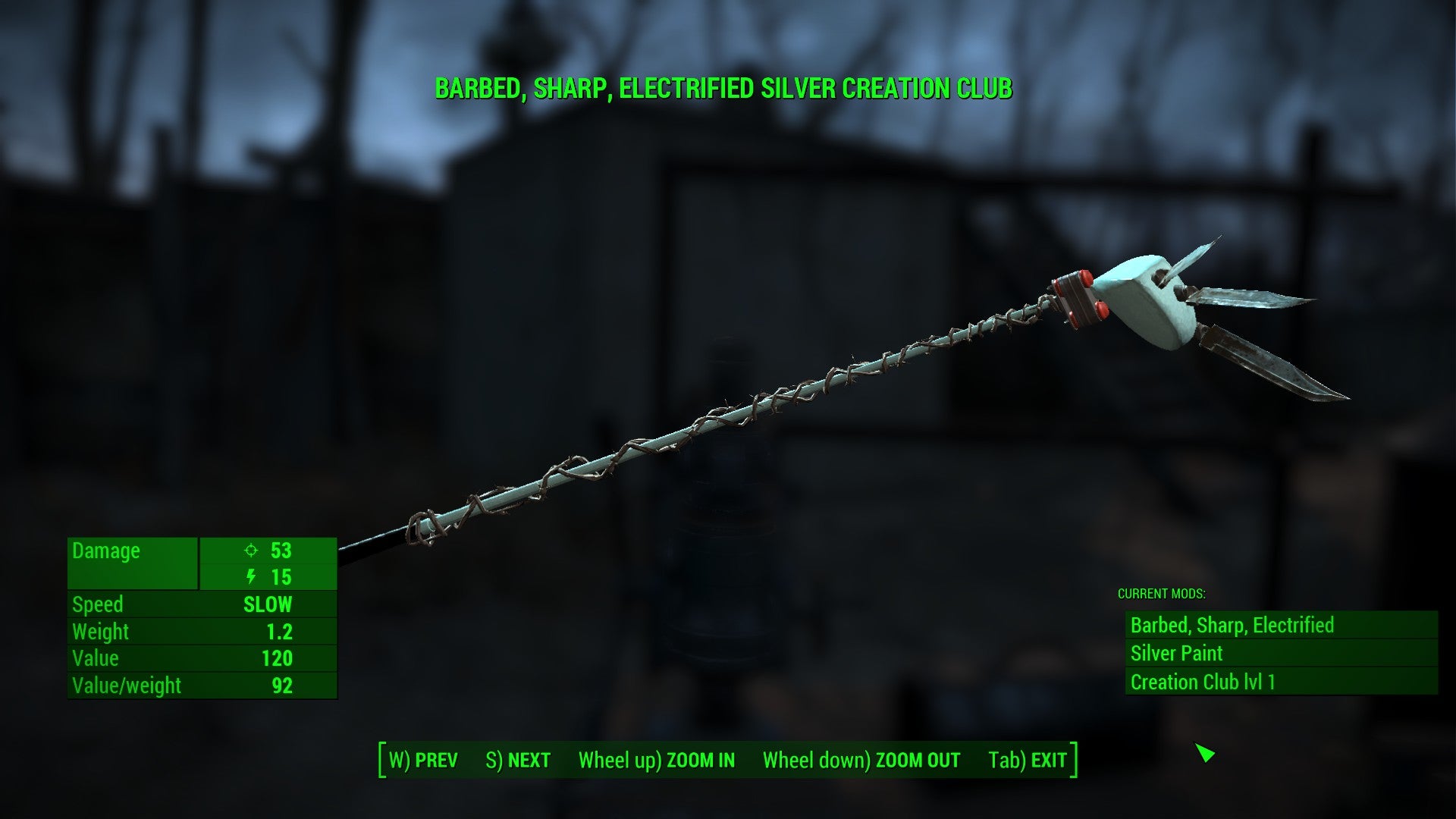 CDante's new Fallout 4 mod The Creation Club adds a golf club melee weapon that spawns random items when you swing it. (Get it?) It can also be painted and upgraded, like any good golf club.

Sometimes a swing will yield, say, a carton of cigarettes. Other times? A legendary mole rat brood mother. Something for everybody, really.

While one could read this as a satirical jab at Bethesda's controversial new program, CDante is adamant that that's not the case.

"I've never said anything about the actual Creation Club or Bethesda — neither in my video nor in my mod description, and that was intentional," he wrote on the mod's description page. "The mod does nothing that would cost money for the player or take money away from the player as a lot of commenters suggested. That was intentional as well. The mod is not meant to make fun of Bethesda's Creation Club. It's just a simple joke."