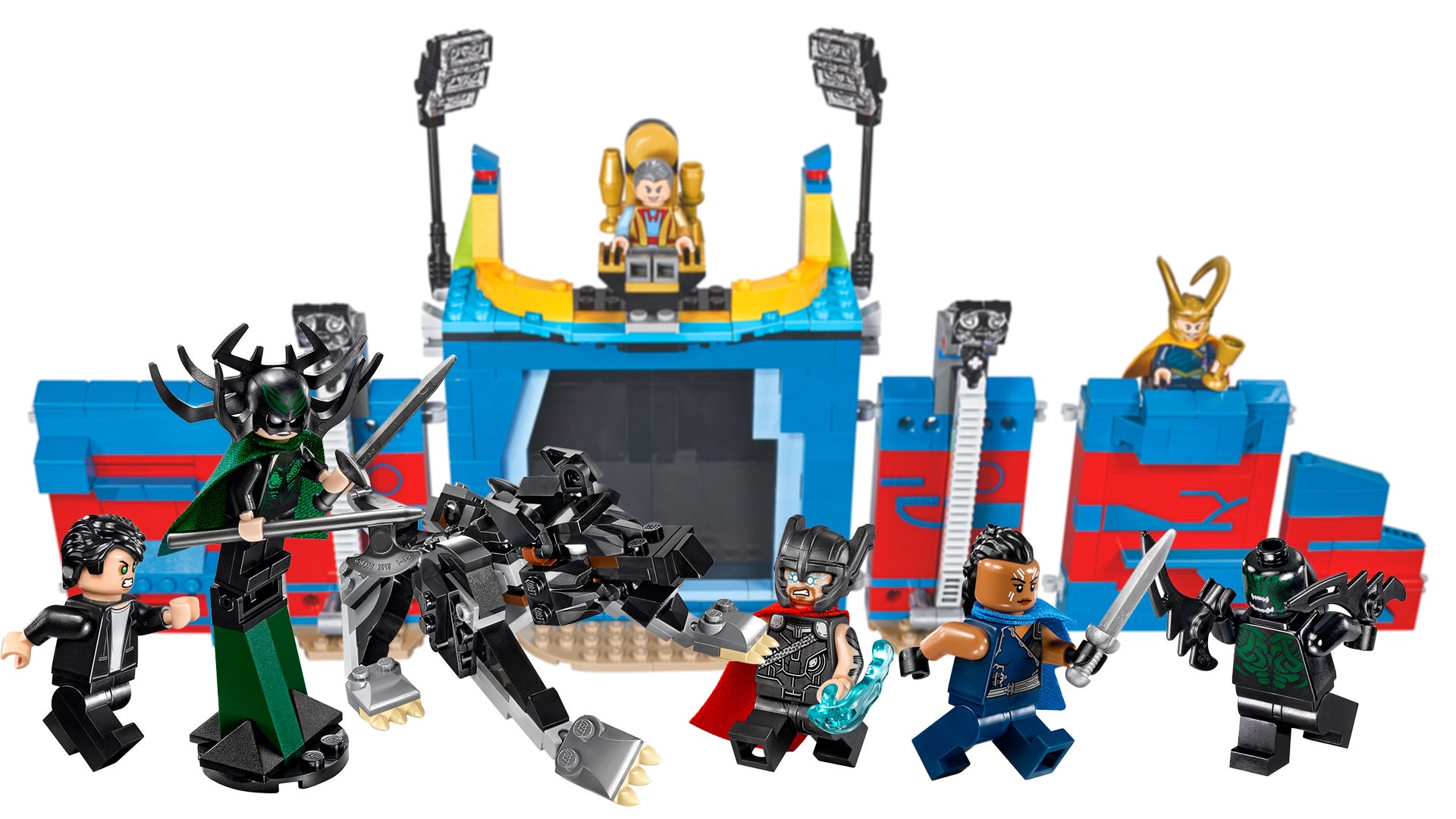 While moviegoers have to wait until October to watch the Hulk and Thor battle for Jeff Goldblum's amusement, LEGO fans can get in on the action starting this month with a new pair of Thor: Ragnarok playsets — Arena Clash and The Ultimate Battle For Asgard. How ultimate is it? Eh, middlin'.

Available alongside the Arena Clash set this month, The Ultimate Battle For Asgard doesn't seem particularly ultimate. The $79.99 set is basically just six minifigures, a buildable Fenris wolf, and a Commodore spaceship that will likely mean a lot more to me once I see the movie. 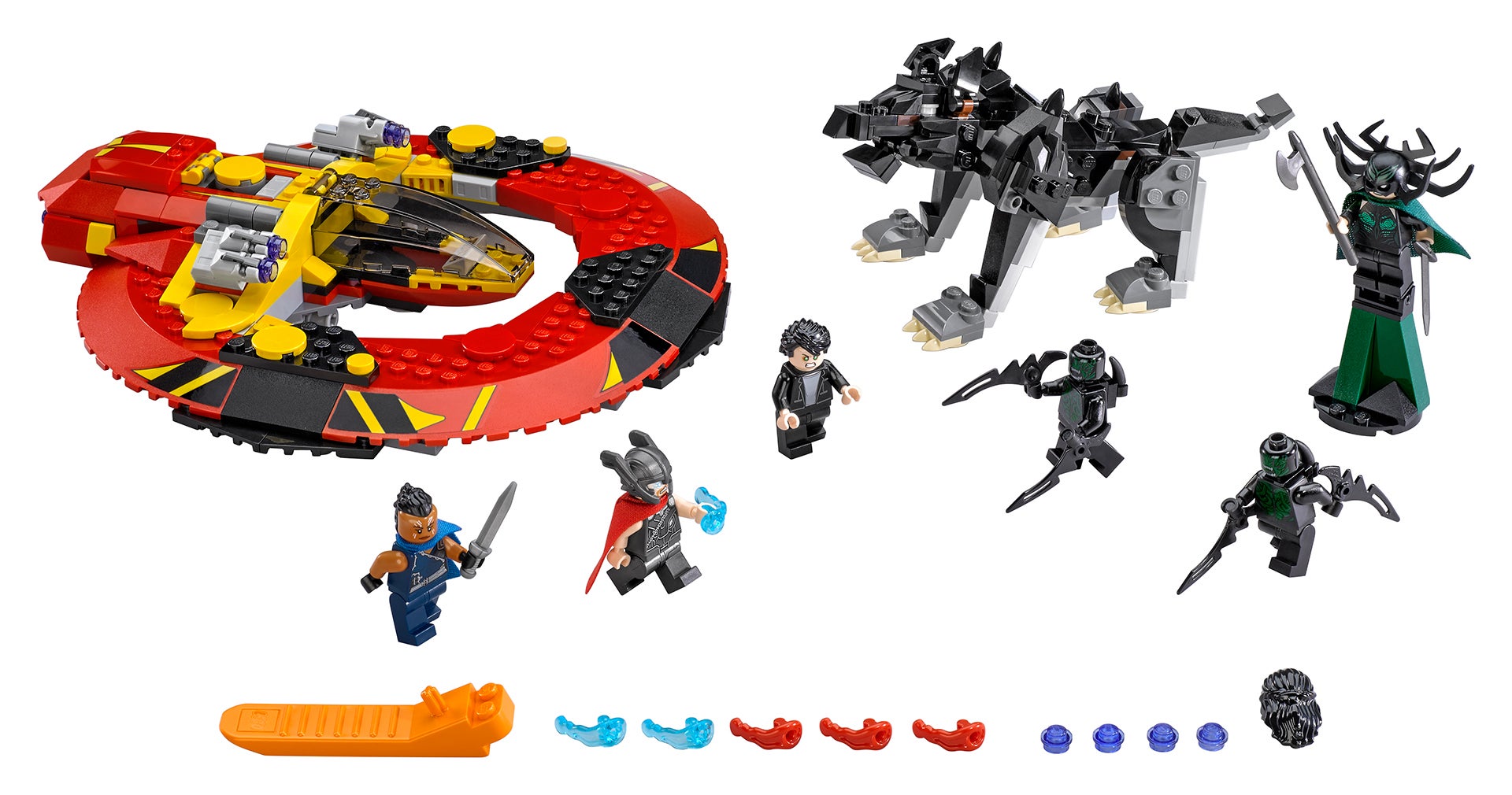 I mean, it's a nice enough spaceship with a cool disc sort of design, but it seems pretty simple. 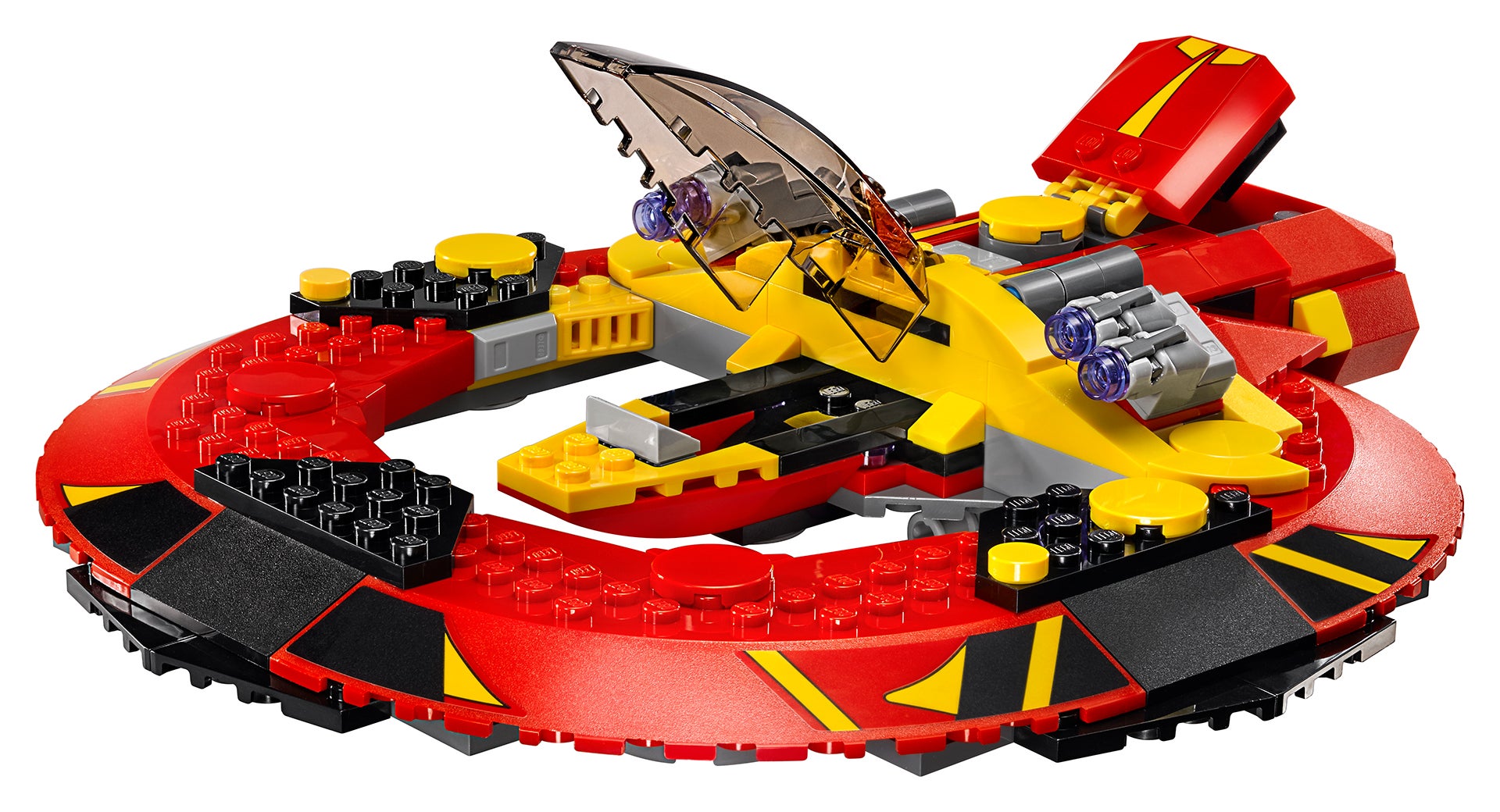 At least the minifigure selection is pretty awesome. You get the new Thor, Valkyrie, Hel with buildable scary legs, a pair of enemy fodder figures, and a new Bruce Banner with a special "about to Hulk out" face.

For the full Hulk, you'll need the $89.99 Thor Vs. Hulk: Arena Clash set, built to recreate one of the coolest moments from the movie trailer. 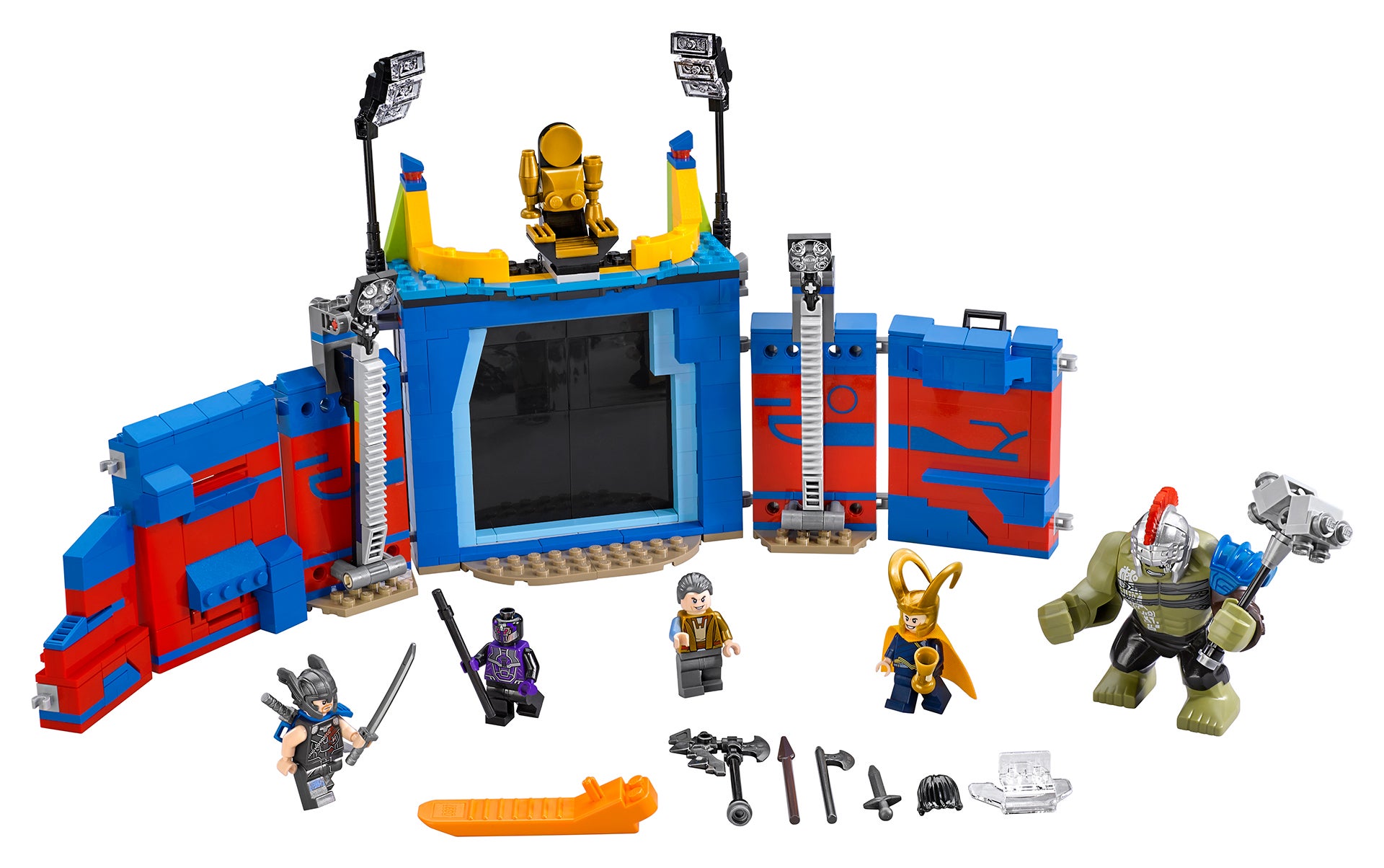 While not a very secure arena, the bethroned wall does feature interchangeable panels, hidden weapons racks, pillars that can be toppled, and various other play functions. 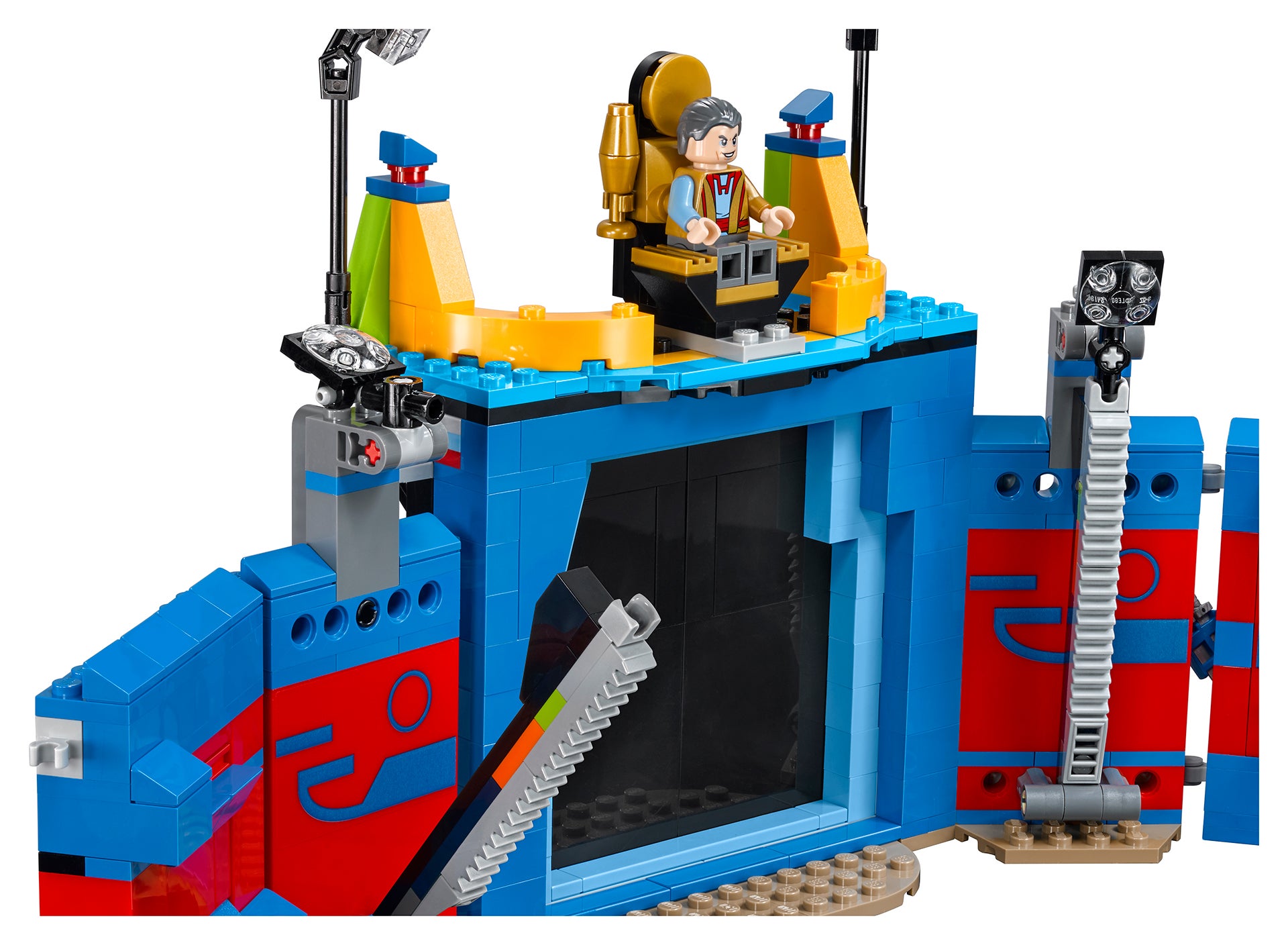 What's behind the Thor door? Oh. 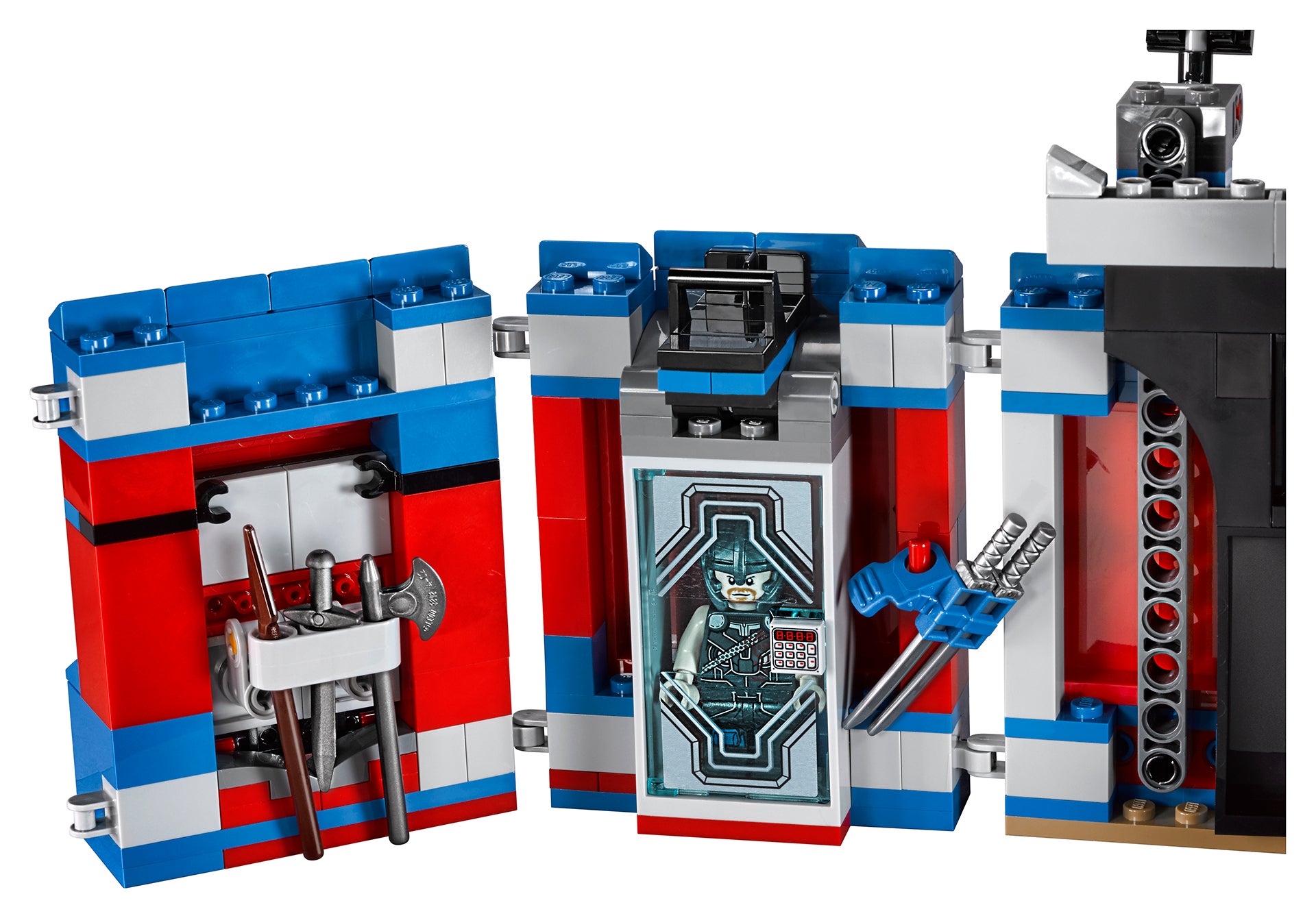 Both Thor: Ragnarok LEGO sets are available in Australia now, well in advance of the October movie.