Everything You Need To Remember Before You See Thor: Ragnarok

Thor: Ragnarok is the third film in the God of Thunder’s franchise, the fifth film in Marvel Phase Three, and the 17th film in the Marvel Cinematic Universe. So even though it’s something of a stand-alone story, you could probably still use a refresher on everything that’s happened in the MCU that leads into the movie — and the mythological event that spells not just the end of Asgard, but all the nine realms.

There are no spoilers for Thor: Ragnarok here beyond the information officially released about the movie, but this is pretty comprehensive. So if you don’t want to know these details, or are still behind on some other Marvel movies… 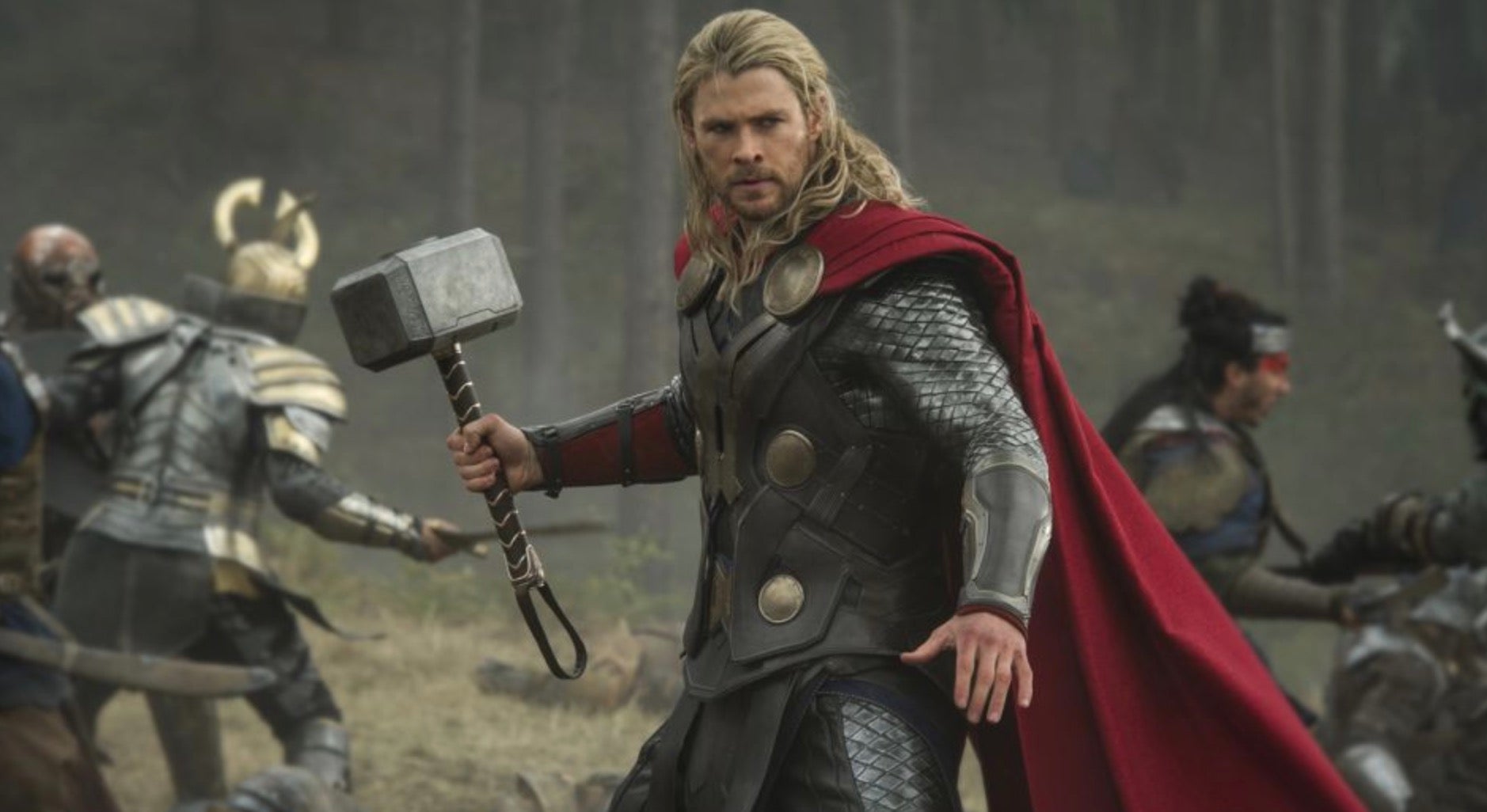 The last time we saw Thor was in 2015’s Avengers: Age of Ultron. Thanks to the Scarlet Witch, he had a vision of universal destruction, which he later believed would be a result of the Infinity Stones. Thor realised that four of these immensely powerful stones had recently made themselves known and he thought someone — or something — was behind their emergence.

He departed Earth at the end of Ultron to find out who or what that was, but we do know that by the start of Ragnarok he’s on Earth again, seeking his father. (More on that below.)

Loki last appeared in 2013’s Thor: The Dark World, so it’s been a while since we’ve seen the God of Mischief. At that time, he had been stopped from trying to take over our world (in The Avengers) and sent back to Asgard, and ended up teaming up with his half-brother Thor to defeat Malekith and his Dark Elf armies. Although it seemed like he might have turned over a new leaf in helping stop Malekith, and even seemingly died in the process, Loki is forever a trickster.

The Dark World ended with him slinking away in secret to let everyone think he was still dead, while he removed Odin from power and assumed his stepfather’s identity, so he could finally rule over Asgard as he’d always desired. 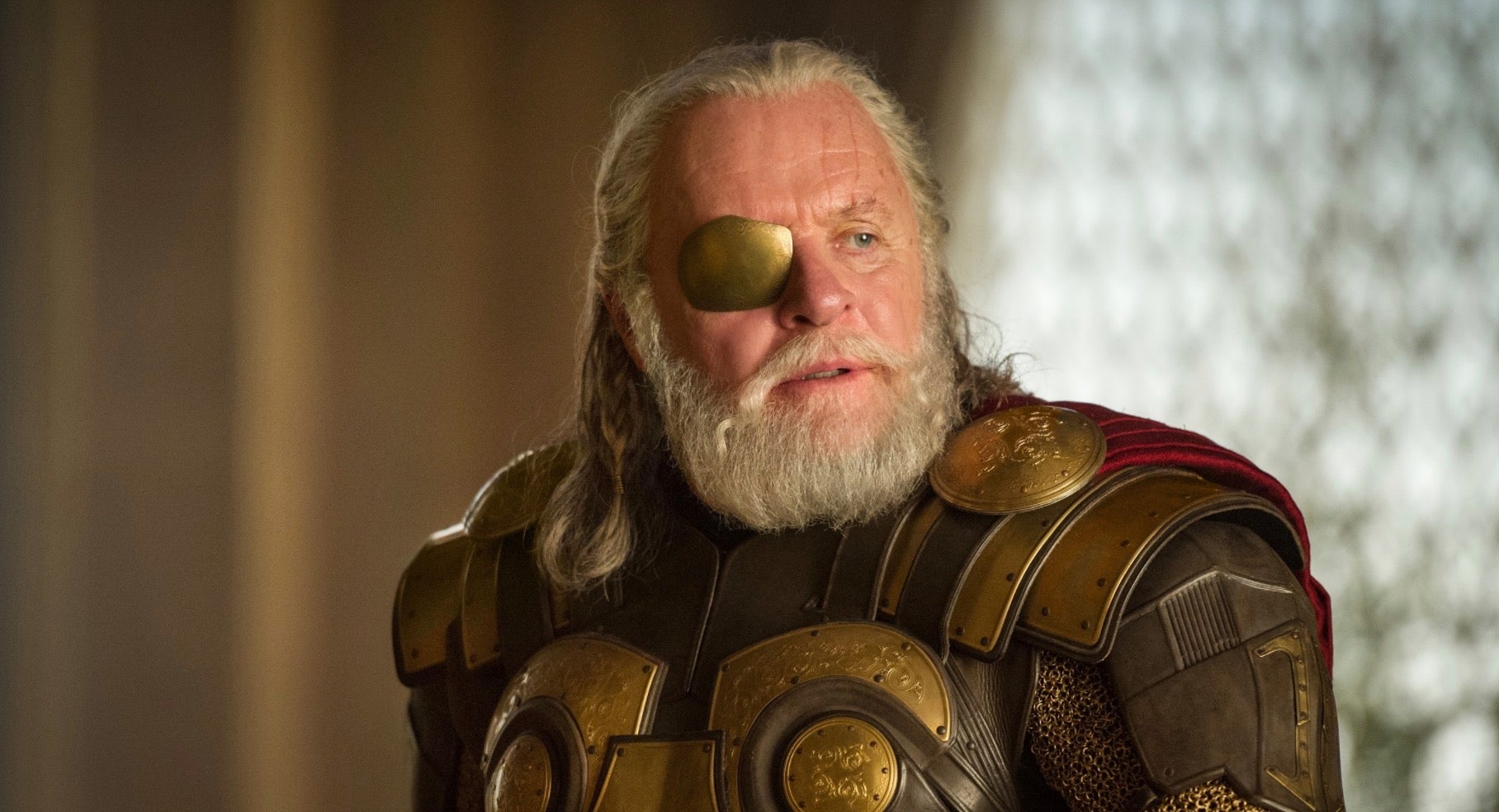 Odin, the father of Thor and Loki, is the ruler of Asgard. Well, he was, before Loki spirited him away and took on his form to rule in his place. Ragnarok has revealed that somehow Odin ended up being dumped on Earth, but he’s been missing since then — and Thor, realising what his brother had done, travels to New York City with Loki in tow to figure out just where Odin’s gone… 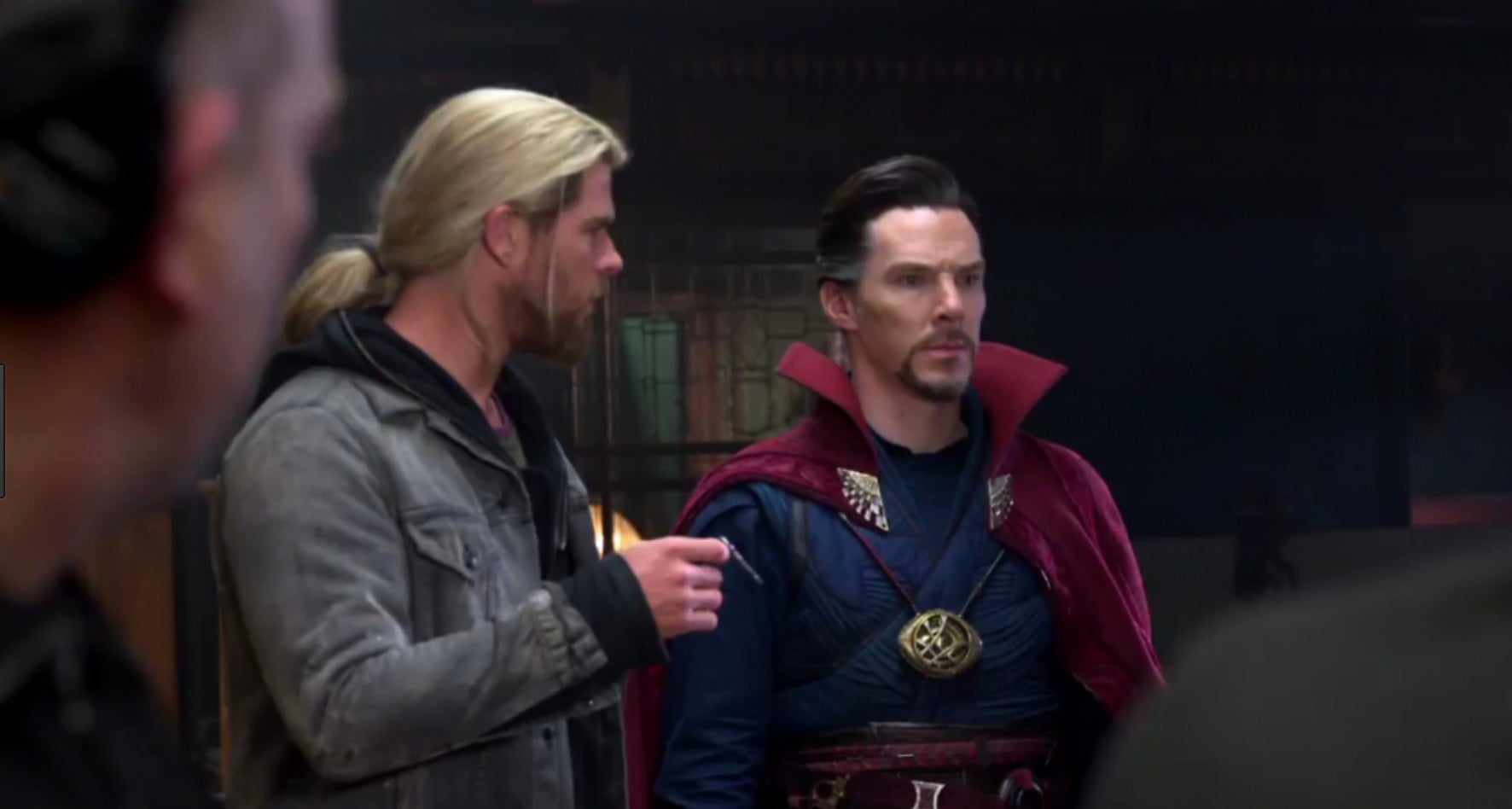 …and they need a bit of help to do so. Doctor Strange‘s post-credits scene established that one of Stephen’s first tasks upon getting himself settled in the Sanctum Sanctorum was meeting with Thor for a chat (and a magically-acquired beer).

We also know from that scene that Strange is rather miffed at the thought of Asgardians being on Earth, so he’s probably not in the movie for long — because as he tells Thor, he wants to find Odin for him and then get them (especially Loki) off-planet as soon as possible. 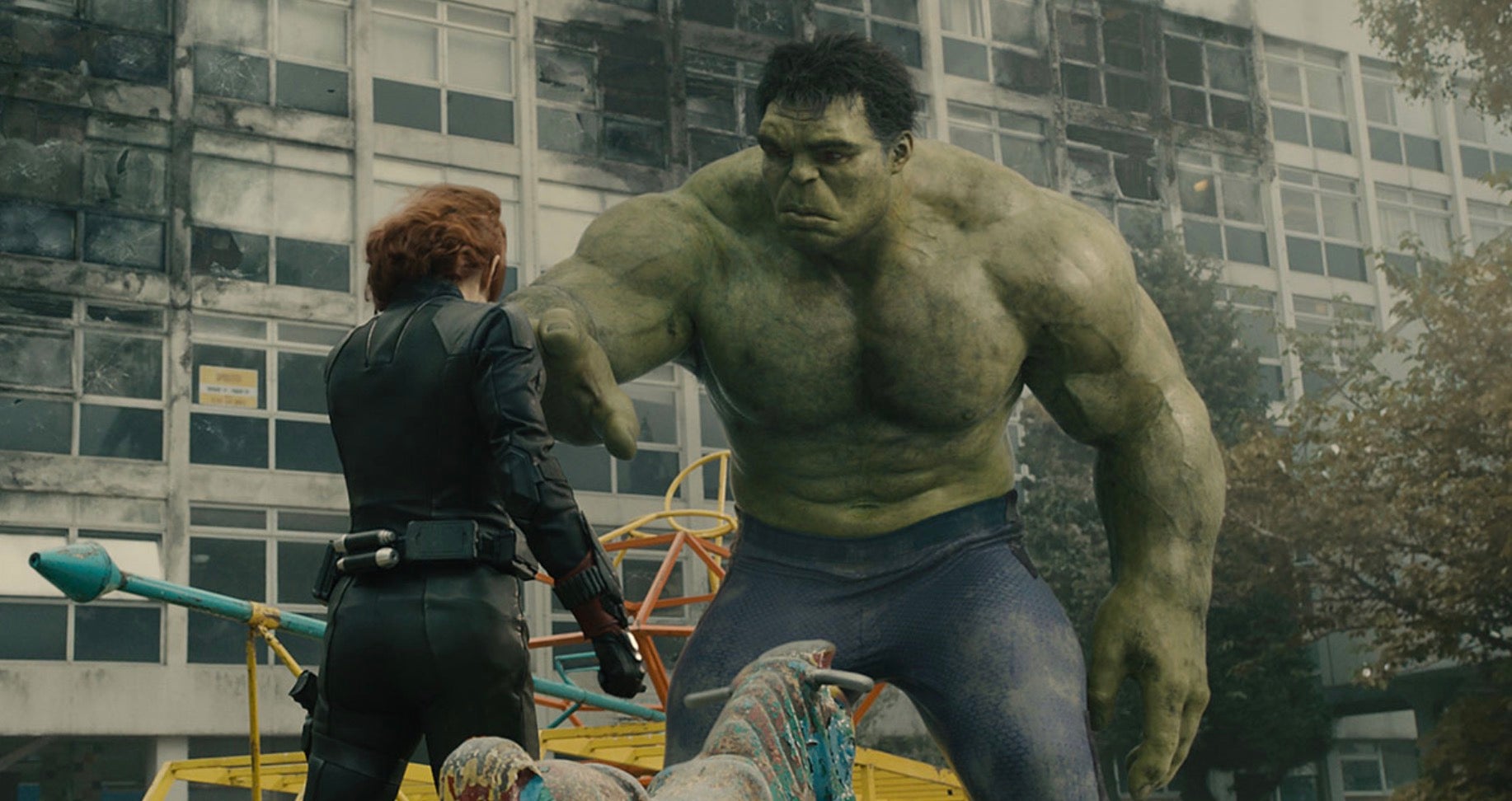 Hulk, everyone’s favourite nerdy scientist-turned-unstoppable green rage monster, was also last seen in Avengers: Age of Ultron. After helping his fellow Avengers win the day, Hulk got in one of S.H.I.E.L.D’s Quinjets and left by himself.

He didn’t want to hurt everyone — especially Black Widow, because Bruce Banner had begun to develop a connection with her. He even ignored her pleas to come home. We saw his jet fly off; later Nick Fury said the jet may have splashed down near Fiji.

Thanks to Ragnarok‘s trailers, we know the ship somehow made its way to the alien planet Sakaar, where Hulk ends up fighting as a gladiator in the arena of Jeff Goldblum’s mysterious (and wacky) character, the Grandmaster.

Thor: Ragnarok returns to Asgard, and that means a whole bunch of cool supporting characters. There are the warriors Hogun, Fandral, Volstagg, and Sif. There’s also Heimdall, the all-seeing being who guards the Bifrost, which transports Asgardians across the universe.

All that’s really crucial to remember about these characters is they believed Asgard was fine when we last left them. Judging by the trailer for Ragnarok, it’s not going to be very fine for much longer. 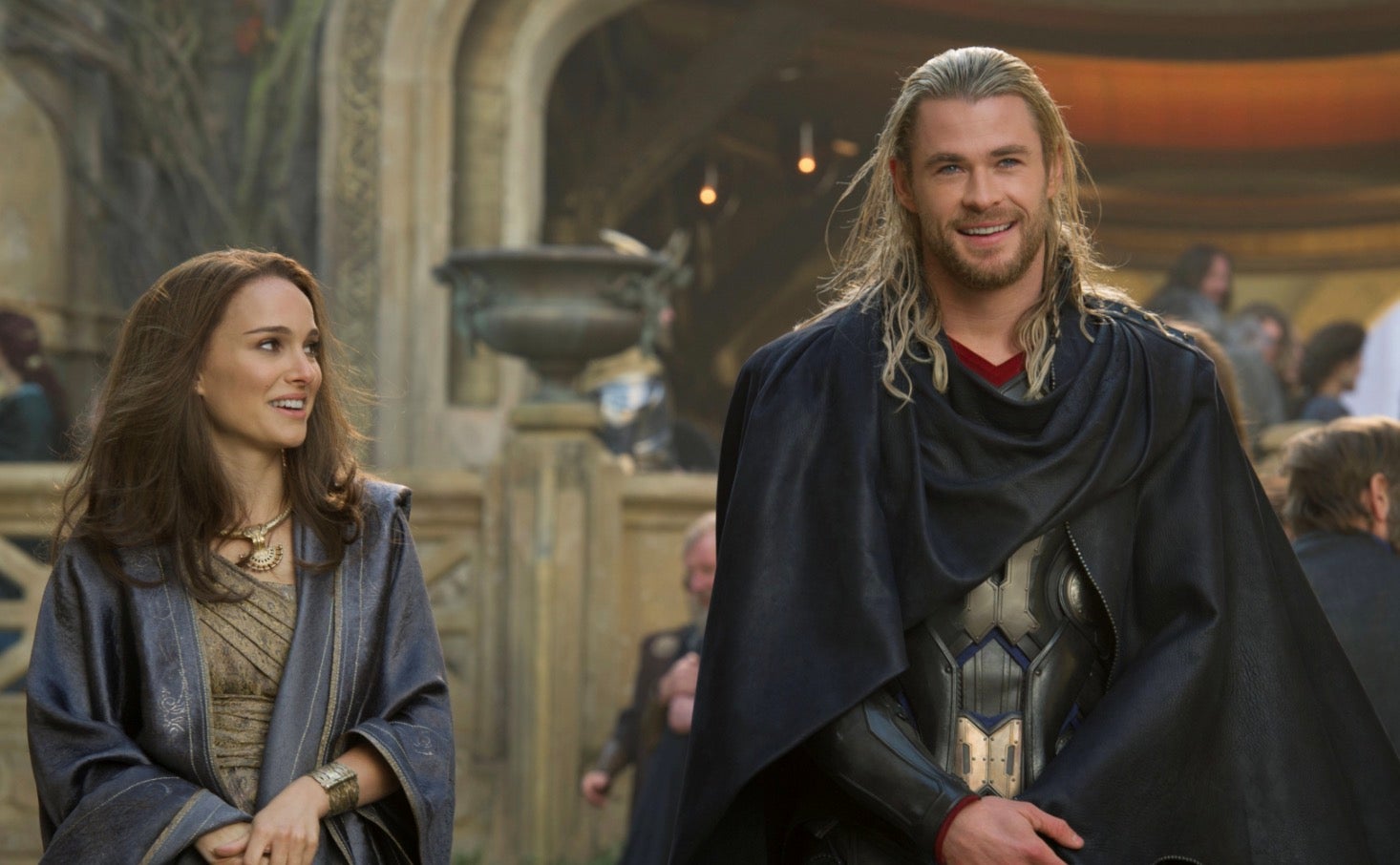 As played by Natalie Portman, astrophysicist Jane Foster was Thor’s love interest in the first two Thor movies. In Age of Ultron, it’s mentioned that she’s not around because she’s off on a mission. But we know that Natalie Portman will not return for Ragnarok — and is unlikely to return to the Thor movies, full stop.

Marvel Studios head honcho Kevin Feige has confirmed that Jane and Thor are no longer together, and that the new character Valkyrie (Tessa Thompson) would be Thor’s love interest in Ragnarok. 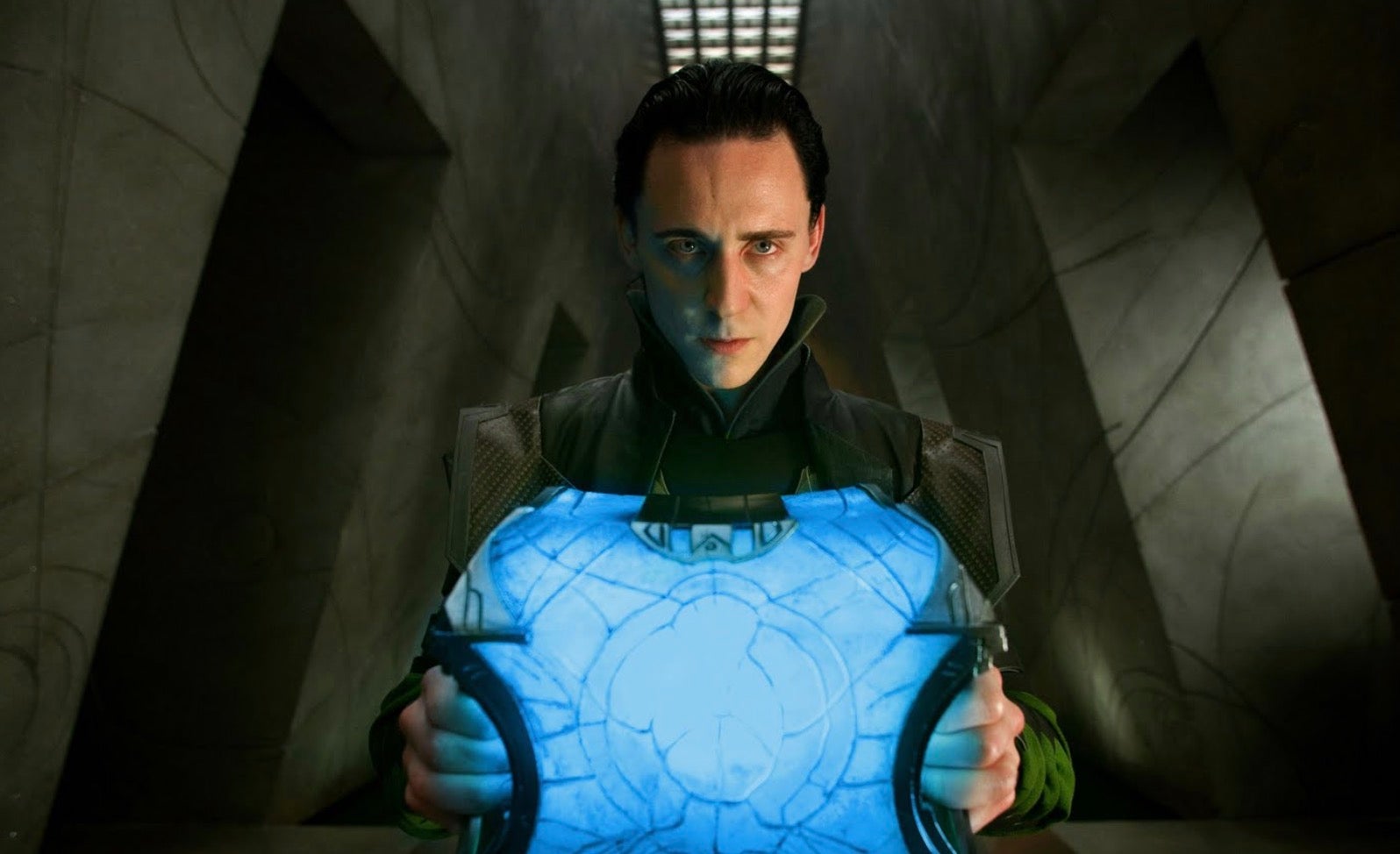 Odin is a bit of a collector, and his secret vault on Asgard has two artifacts that you should remember. First up is a gold glove with spaces for six stones. It looks very much like the Infinity Gauntlet that Thanos puts on in the post-credits scene in Age of Ultron.

Then there’s the Tesseract, a.k.a. the Space Stone, which Loki used against Earth in The Avengers and was brought back to Asgard for safekeeping at the end of that film.

It’s only one of the Infinity Stones Thor knows about. There was another housed — the Aether (a.k.a. the Reality stone) seen in The Dark World — but it was confirmed at the end of that movie to have been sent to the Collector’s Museum.

We don’t actually what became of the Aether in the wake of the Collector’s Museum blowing up in Guardians of the Galaxy, but it’s a safe bet it’s probably in Thanos’ hands by the time of Ragnarok. 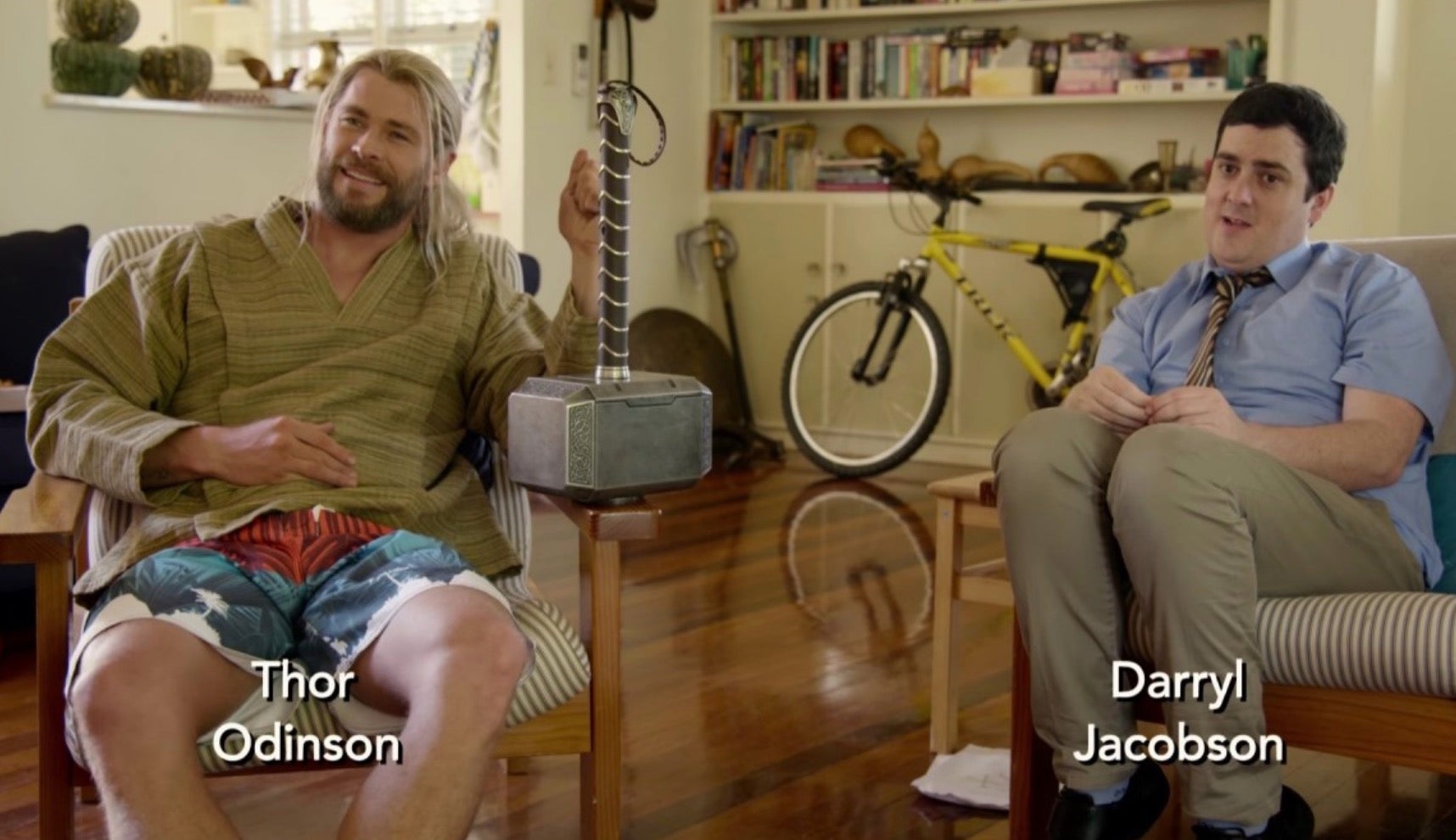 Sorry, but as funny as these two videos that show what Thor did during Captain America: Civil War are, they are not a part of Ragnarok.

Thor’s had to leave his old buddy Darryl behind when he exits Earth to head to the wider cosmos in Ragnarok. But we’ll always have those DVD extras as memories.

And now you’re ready to see Thor: Ragnarok, which you can see in Australian cinemas today.