New Injustice 2 Update Shows Which Online Competitors Are Using Wi-Fi, Whether They Like It Or Not 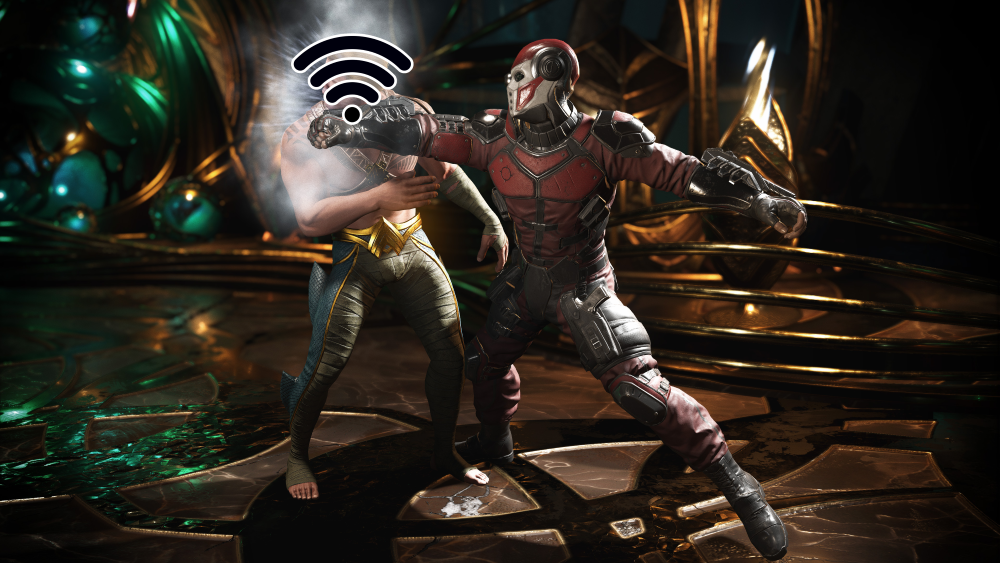 Injustice 2 received its first major update on June 5, courtesy of developer NetherRealm Studios. The patch largely addresses lingering bugs in the DC Comics fighter, but it also included a new indicator that notes whether online opponents are playing over Wi-Fi. While it may seem like a minor addition, this represents a major step forward for the genre's netplay community, one that could also tear it in two.

Playing fighting games online is always a risky proposition. Due to the frame-perfect timing needed to pull off some of the more intricate combos and punishes, even the tiniest bit of lag can mean the difference between winning and losing. There are a number of steps that folks who are serious about competing online take to try to cut back on this interference, but the easiest is simply connecting the console to the router directly instead of relying on a wireless signal.

Most modern fighting games feature a general ping indicator to denote the strength of one player's connection to another in online matches, but Injustice 2 now takes that one step further by also showing if an opponent is relying on a wireless connection. By some estimates, even those with decent ping can experience interference over Wi-Fi that isn't present with a direct connection, making netplay a game of Russian roulette for those who rely on it for practise and high-level competition. 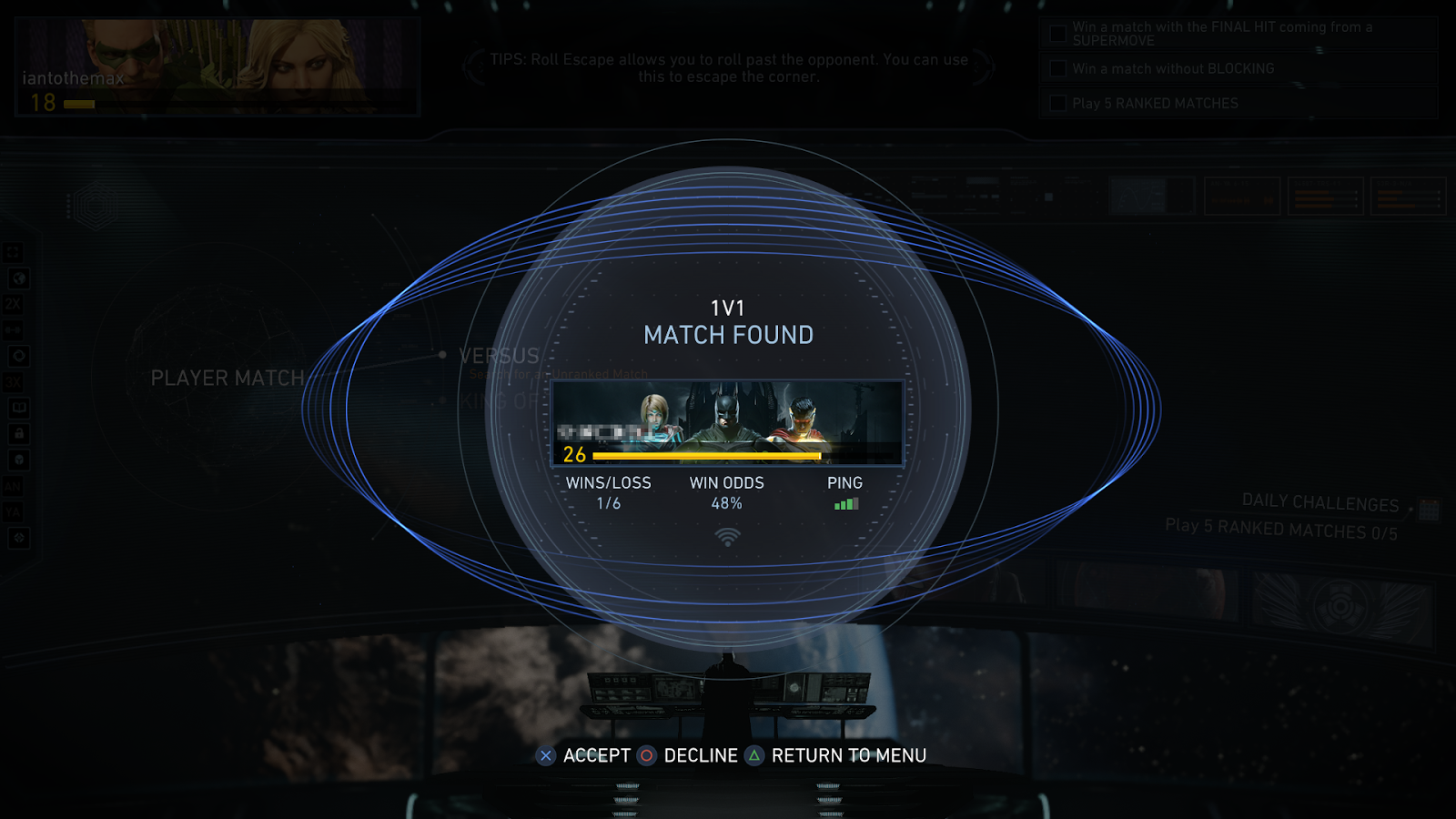 Injustice 2 is the first fighting game to include this kind of indicator, and the community has been appreciative of the gesture. One top competitor, Brant "Pig of the Hut" McCaskill, went as far as to say that anyone playing over Wi-Fi would be banned from his weekly Red Hot Sundays training streams on Twitch, though he did walk that back shortly after.

"I'm what they call a connection diva," McCaskill explained to me. "I've been known to play top players in training sessions, and if the connection gets really watered down, I cut bait instantly, mid-game. I'm like, 'I'm out, I can't do this.'"

Although the Injustice 2 netcode is a vast improvement from the first game thanks to NetherRealm Studios' improvements during ongoing development of Mortal Kombat X, wireless connections can still cause issues for high-level play due to intermittent packet loss. McCaskill acknowledges these strides, noting that matching up against players on the US West Coast and even as far as Europe from his home in Atlanta, Georgia provides decent competition, but he can still tell if someone is playing on Wi-Fi (even if the connection appears stable otherwise) due to how the game feels.

"It's not just lag spikes; the game can feel weighted or watered down," he added. "Most people admit it, but some say they're wired, and later on it will come out that they are actually playing wireless."

For McCaskill, a good online experience is vital to his training. As a husband and father of two with another child on the way, he rarely gets time to sit down and train. This means that every minute he spends with Injustice 2 needs to be as perfect as possible to avoid developing the poor habits competitors can develop through constant online play.

"I don't want to waste time playing some guy with a bad connection that will suffer packet loss causing lag spikes in the middle of our sessions," he said. "I don't feel like I get the quality, instinctual training that I would get if I'm playing someone with a great connection."

Upon posting news of this update, NetherRealm Studios community site Test Your Might was quickly divided between fans happy to see the Wi-Fi indicator added and those frustrated that it would keep them from finding games online. Unlike other fighting games, Injustice 2 allows players to drop out of a match before it begins if the ping isn't to their liking, and some saw the dreaded symbol as a scarlet letter that might belie an otherwise stable connection. Some even found a perverse kind of joy out of being able to expose Wi-Fi players.

Casual matches are one thing, but the stakes raise tremendously when major tournaments rely on netplay for qualifiers.

Following their successful Mortal Kombat X events over the past couple of years, Warner Bros. Interactive Entertainment and NetherRealm Studios recently announced an extensive competitive circuit for Injustice 2 that kicked off on May 20. In addition to allowing players entry into the October grand finals by competing at offline tournaments such as Combo Breaker, Community Effort Orlando and the Evolution Championship Series, competitors can also qualify from the comfort of their own homes in online brackets. 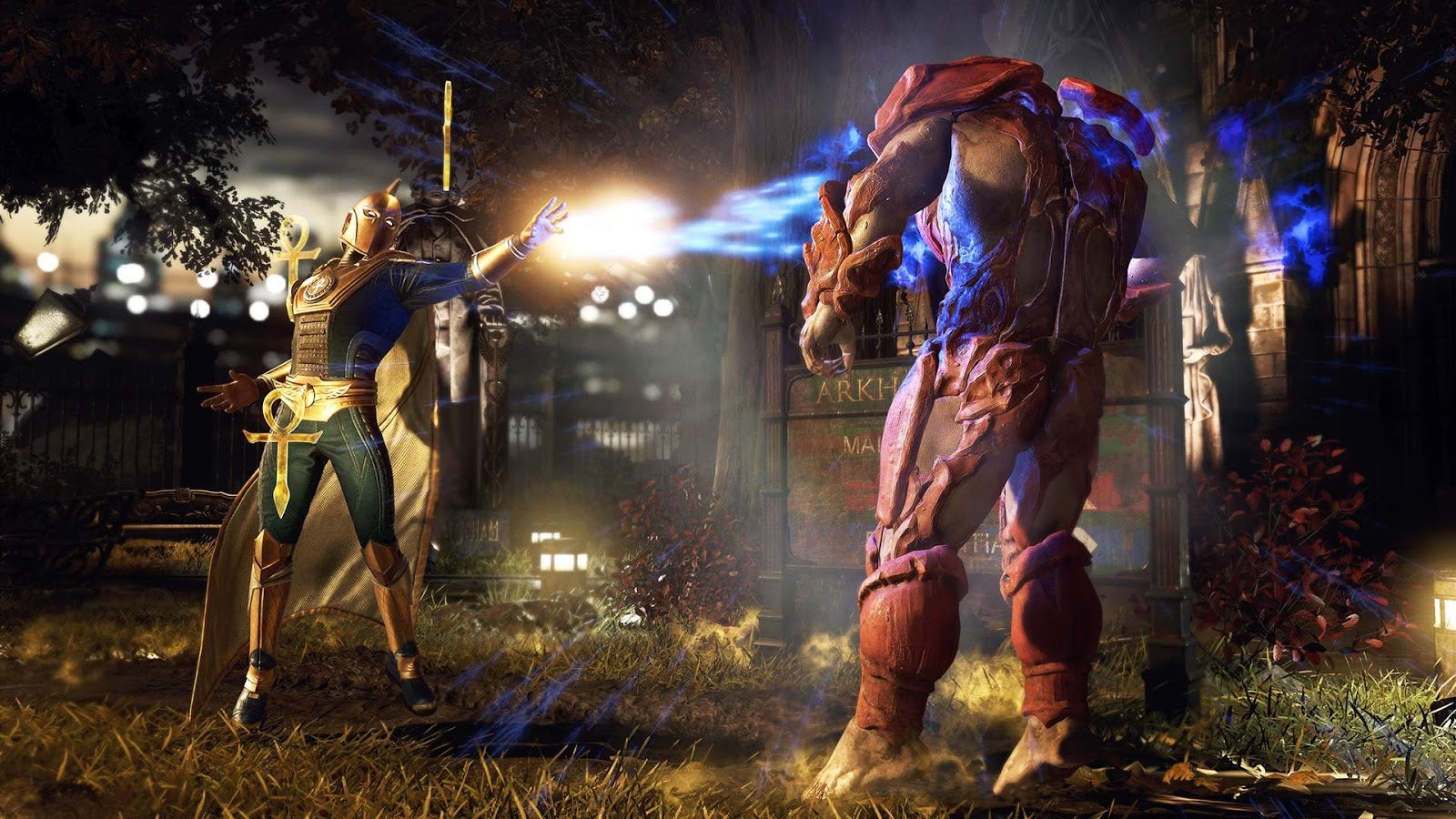 Like their work on the Capcom Pro Tour's netplay qualifiers, event organisers Level Up Series have set a strict 3Mbps upload minimum for participants of Injustice 2 Pro Series Online tournaments. However, the regional portions of the Injustice 2 Championship Series — GameStop Hometown Heroes (North America), Path to Pro (Europe) and Liga Latina (Latin America) — don't require players to meet any such criteria before competing. To some, this means players could potentially earn a shot at the main event's $US300,000 ($398,440) prize pool on the back of a crappy connection.

"Our first week had over 2000 signups," GameStop Hometown Heroes executive producer Joshua Grey told me. "The scope of the project doesn't allow for a league operations team to verify every single player's connection. In the past, we messaged constantly that players should be using a wired connection. If there is a connection issue during a tournament, players can submit a support ticket to the ESL admin team to make a determination based on the league rules."

Grey, a former ESL employee who is now working on the Injustice 2 Championship Series as a freelance producer, believes the upload minimum implemented by Level Up in Pro Series competition is a good idea. That said, those events typically feature smaller brackets than the weekly online tournaments, making such restrictions hard to enforce in separate qualifiers like Hometown Heroes.

"At the end of the day, if a player conducts themselves like a pro, they will be treated like a pro, be it playing from their living room with acceptable internet speeds or on the mainstage," Grey added. "When the professional community holds these standards and helps elevate players to these standards, everyone wins."

We reached out to ESL as well, but they were not available for comment at time of writing. 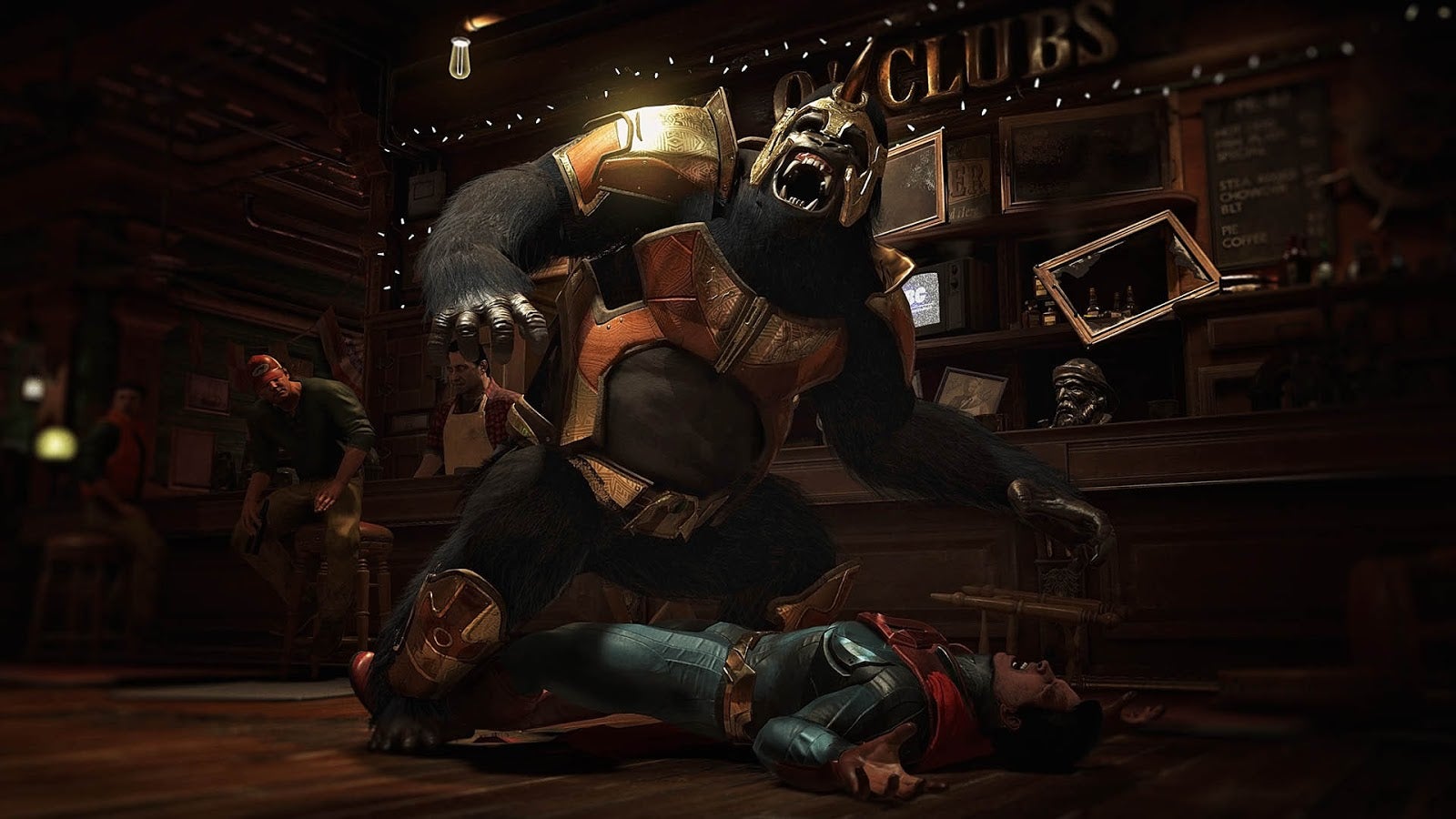 McCaskill doesn't think the upload minimum does enough to maintain a quality playing field online. NetherRealm Studio, he believes, implemented the Wi-Fi indicator with a purpose, and thinks future seasons of online Injustice 2 competition will see more stringent policies when it comes to player connections.

"I personally disagree with allowing wireless connections to be used in online tournaments, because you're giving a false sense of quality of play," he said. "It basically trains people incorrectly. If that person wins a bad matchup in a poor connection and goes to play the same matchup in a great connection, they may try to use those bad habits and lose. It shouldn't be allowed in the competitive scene."

In order to qualify for the Injustice 2 championship event, McCaskill is scheduled to attend most of the offline events between now and September, but he also plans to bolster his spot in the overall rankings with online tournaments despite the loose regulations.

With clear indications of a player's ping and Wi-Fi status, it should be much easier for the Injustice 2 organisers to impose more stringent sanctions in their online tournaments. Such fighting game events have been looked down upon as inferior to their offline siblings due to unreliable netcode. Now, with Injustice 2 offering some of the best online play the genre has ever seen and the Pro Tour's growing reliance on netplay, it's become increasingly clear that the developers will need to implement additional competitor requirements or risk losing vital momentum.