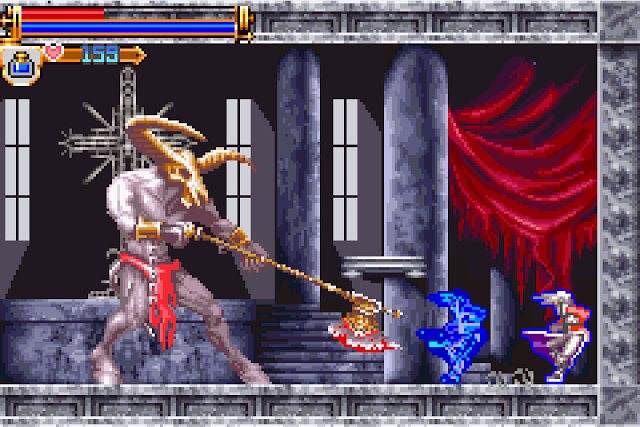 We've all seen speedruns of popular series like Zelda or Mario, but thanks to Speedrun World Records, you can now watch a world record run from a random game with the push of a button. I'm a huge proponent of wasting time, so I've also prepared this list of the ten most interesting speedruns I've come across.

Speedrun World Records has a lot of possible runs to show you, pulling the data right from speedrun.com and dropping the video for your viewing pleasure. The world of speedrunning is huge, with countless games and different runs. This list has a bit of everything: blindfolds, boss rushes, cucumbers, and car building.

I_o_l is an interesting runner with a wide repertoire that includes many games that can be finished in the blink of an eye. Last month, they completed a run of a Homestar Runner flash game in 17 milliseconds. In this game of Chess Titans, it takes only three moves and less than two seconds to become a champion. Take that, Bobby Fischer!

My Summer Car by iAmiAdam

My Summer Car is an in-depth game about building a fantastic car before mostly likely crashing it into a tree and starting over. iAmiAdam's goal is simple: build a car with all of the proper parts and pass inspection. He works diligently in the garage to turn a hunk of scrap into a working car. It's a relaxing speedrun and definitely different from the usual Ganon slaying and goomba stomping we're used to.

Movement is a crucial part of speedrunning, as runners learn the best paths through a game world. Perfect Stride is a first person skating game by Ben Esposito that takes some of the best movement mechanics from old school first person shooters. In this run, dzy sets off to collect all of the game's shiny trinkets, hoverboarding around in a mesmerising display of skills.

This game is on the list because of how much of a curiosity it is. Designed by the eccentric SWERY65 years before he would make Deadly Premonition, Spy Fiction is a fantastic look at how designers experimented with stealth games in the wake of Metal Gear Solid. In this run, StiWiiRage goes through the entire game, breaking through checkpoints or sneaking around using clever disguises. It's definitely worth taking a quick look if you're interesting in some strangeness from the sixth console generation.

Larry Boy and the Bad Apple by FingerQuick

We all have bad days where nothing goes right and we feel like the perpetual underdog. In the manga, Krillen is supposedly the stronger "normal" human on Earth, but he mostly just gets beat up by every single person he fights. This run, backed by a smooth new wave soundtrack, gives him a chance to be the hero.

Sometimes, you just want to see someone kick a lot of arse and kill some vampires. Sopha's boss rush tackles every one of Harmony of Dissonance's bosses with satisfying ease. Even though we all know that Circle of the Moon is better, this run's frantic pace and crunchy sounds make for a captivating watch.

Super Hexagon is a straightforward game: the walls close in fast, and you have to move through small gaps and survive. Watching Ecknial run sometimes feel like looking at a kaleidoscope. It's a wild burst of action that you might miss if you blink.

Blindfolded Super Punch Out by DonkeyKongGenius

Blindfold runs are always awesome. DonkeyKongGenius uses sound cues and quick reflexes to topple dozens of opponents with the skill of a Jedi Knight. There's not a lot of commentary, as you might imagine, but it is one hell of an achievement.

I have no clue what the fuck this is.