Gotham By Gaslight, Suicide Squad, And Death And Return Of Superman Are DC’s Next Animated Movies

The DC Animated Universe panel at San Diego Comic-Con was a fairly subdued affair. But apparently DC and Warner Bros. saved all their big surprises for last night’s premiere of Batman and Harley Quinn — because now we know that not one, not two, not three, but four more major DC animated movies are on the way.

After being rumoured a few weeks ago, the first movie confirmed for 2018 is an adaptation of Victorian Batman thriller Gotham by Gaslight, the classic Brian Augustyn/Mike Mignola story many feel kicked off DC’s “Elseworlds” line of alternate reality tales. The movie will expand the story of the original comic, further fleshing out 19th-century Gotham as Batman goes on the hunt for Jack the Ripper.

Following Gotham by Gaslight is a new Suicide Squad film, the first actually set within the canon of the DC animated movieverse, even if it’s not actually the first animated Suicide Squad film. It’s called Hell to Pay, telling a new original story with the team of motley villains forged into a supergroup at the behest of Amanda Waller and the Government.

But the most startling announcement of all is one of the biggest projects the DC Animated Universe has ever tackled: a fully-fledged, two-part movie adaptation of one of the most iconic DC comics stories ever told: Death and Return of Superman. Fans who’ve been following along with the animated movies will know that the story has actually already been turned into a movie in 2007’s Superman: Doomsday, the very first movie in DCAU continuity. However, much of the classic story was trimmed out of the film to squeeze it all into a single movie’s runtime.

The new adaptation will avoid that by giving the story two films: Death of Superman in 2018, which covers Doomsday’s fatal battle with Superman, and then Reign of the Supermen in early 2019, which covers the stories of the four different Supermen that emerge to fill the hole left by Superman’s death. Also, spoilers: It will cover Superman’s return from beyond the grave, if you hadn’t already guessed by the name Death and Return of Superman. He has a mullet, it’s fantastically ’90s, and it better be in the movie. 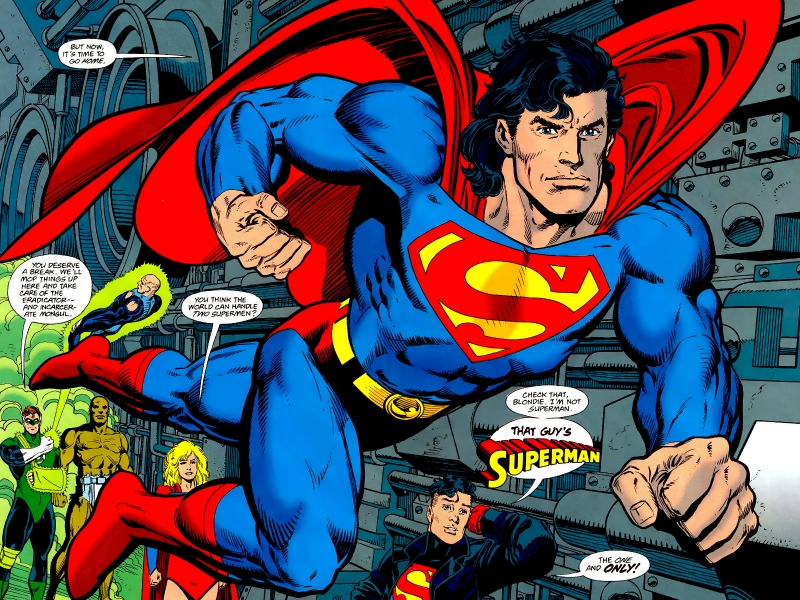 Although it’s a little odd for the DCAU to be returning to material it’s already covered in past movies, it’s nice to see that at least time they’re going to attempt to do the source material justice.