To some, Final Fantasy 15‘s multiplayer expansion pack is an entertaining (if mildly frustrating) way to experience Square Enix’s epic RPG with friends. For others, it’s a hell of a lot of work to find a decent dress shirt. I’m somewhere in between.

Dammit, I just bought this shirt.

Since the events that unfold in the Comrades expansion take place after the main story of Final Fantasy 15, it’s hard to talk about it without spoiling bits of the game. Therefore …

Comrades is set six months after Noctis and his fun-time pals depart for Gralea to do some things you’re already well aware of if you’ve finished the game and don’t need to worry about if you haven’t. The world stands on the brink of darkness as the Starscourge devours all natural light. With days before the fall of darkness, the Kinsglaive, brave warriors sworn to protect the – oops, reform and set about the task of collecting meteor shards to restore power and stave off eternal night. My attempt at recreating Gita Jackson, thwarted by lack of hair options at the onset.

The player character is one of the Kinsglaive. Having lost his or her memory (likely due to hours spent in the expansion’s outstanding character creation tool), they must join with other players (or AI-controlled characters) to become the finest power company technicians the world has ever known. 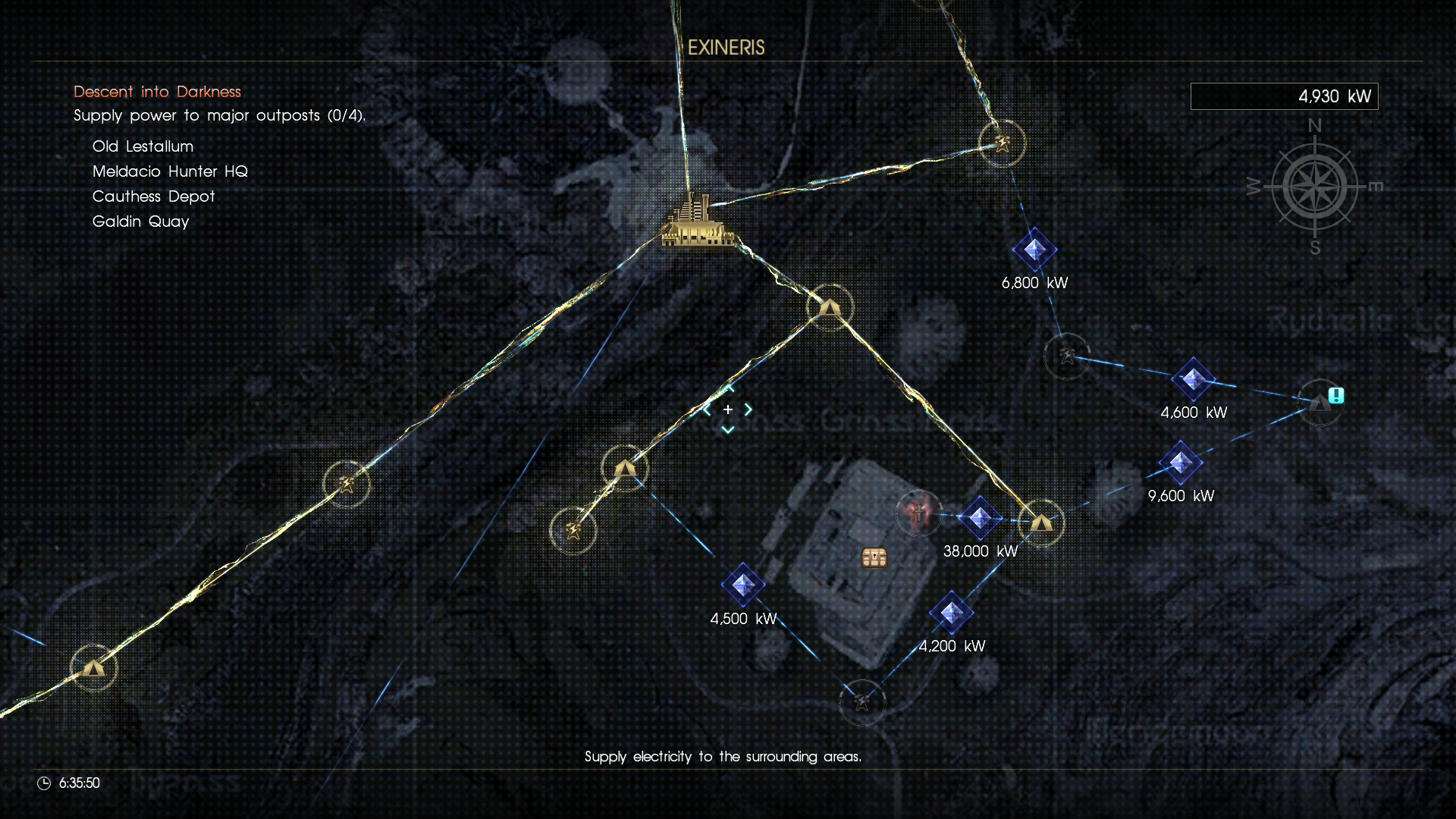 There’s fighting monsters involved, of course, but the main goal of the expansion is to gather meteor shards, which can be applied to an expanding power grid. As power is restored, new missions, areas and clothing recipes are unlocked.

Players embark on missions from their home base in Lestallum, a place slowly flooding with refugees fleeing the oncoming darkness. Some huddle together in alleyways for comfort. Others, such as craggy old Cid, offer services such as upgrading weapons or selling clothing (all proceeds go to charity) to adventurers who should be less concerned about fashion than they are. 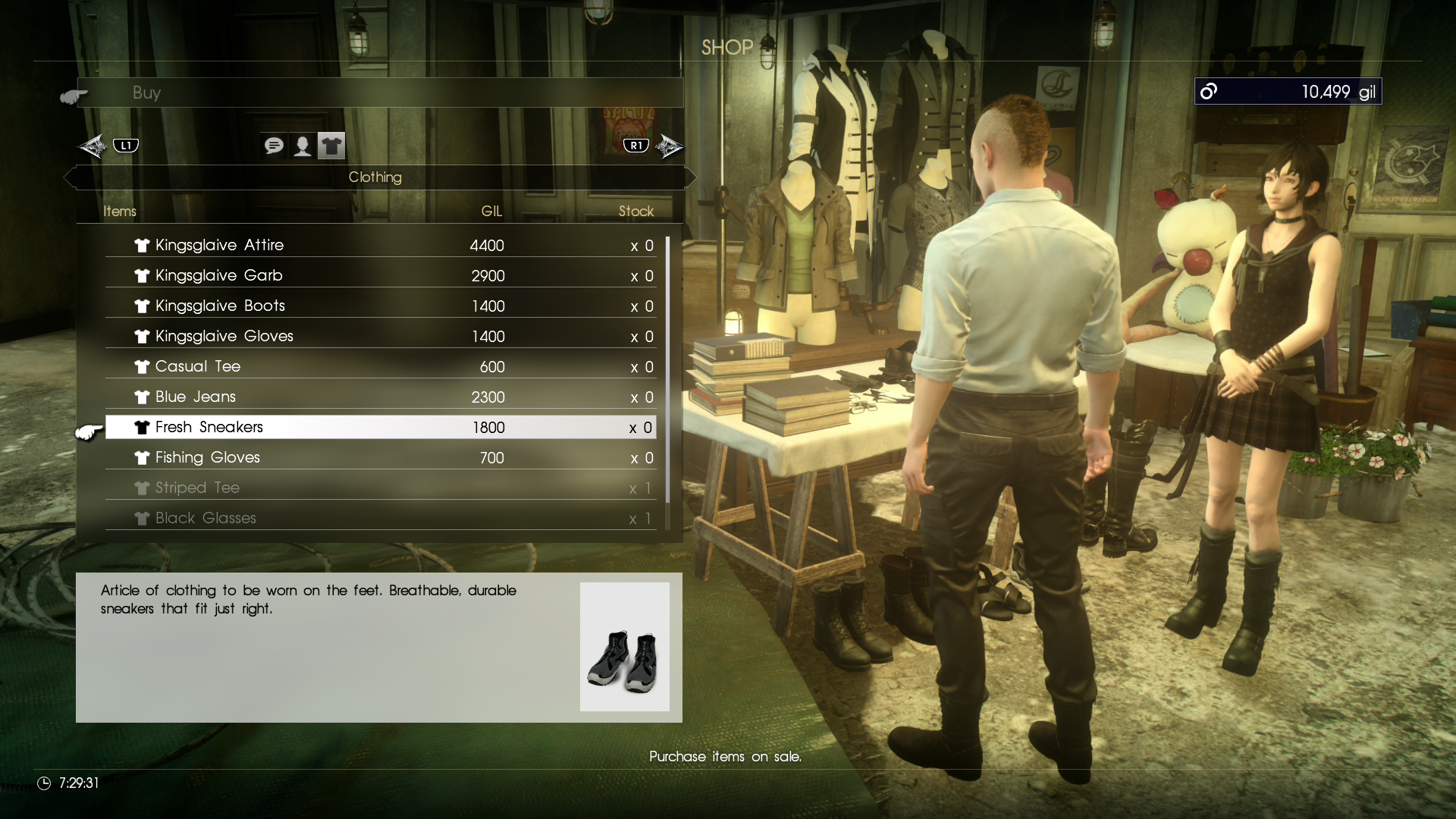 I spend more time here than anywhere else.

Once the right outfit is chosen, it’s off to the mission giver to embark on one of the cooperative missions available. Each mission, be it a simple kill-the-creatures affair, escort duty or objective defence, awards the player with meteor shards for power and Gil (to buy weapons, clothing and items). The selections starts off woefully limited, and players will have to repeat the initial two or three missions a couple of times before earning enough meteor shards to unlock more.

On the plus side, missions are pretty short. If you have powerful people in your party, the lower level encounters can fly by. Take the level seven mission, “Snakes on a Downed Plane”. The first time I played through the mission, which involves defeating a couple of waves of enemies followed by a pair of powerful serpent bosses, it took my team and me about five minutes. The second time I was matched up with some higher-level folks, and it took maybe two and a half minutes. My most recent playthrough, seen below, was a bit messier.

At least I look good.

The combat is a modified version of the main story’s. Rather than mapping magic to a button, each player gets an offensive spell (based on the weapon they have equipped), a defensive shield and a healing ability. Warp strikes, the attacks that teleport characters to their target, can be chained together. Attacking is still holding down circle (or B), dodging and blocking is square (or X). It’s a bit of a sloppy mess, but it looks pretty cool, especially with three other human players warping, jumping and casting all over the place. 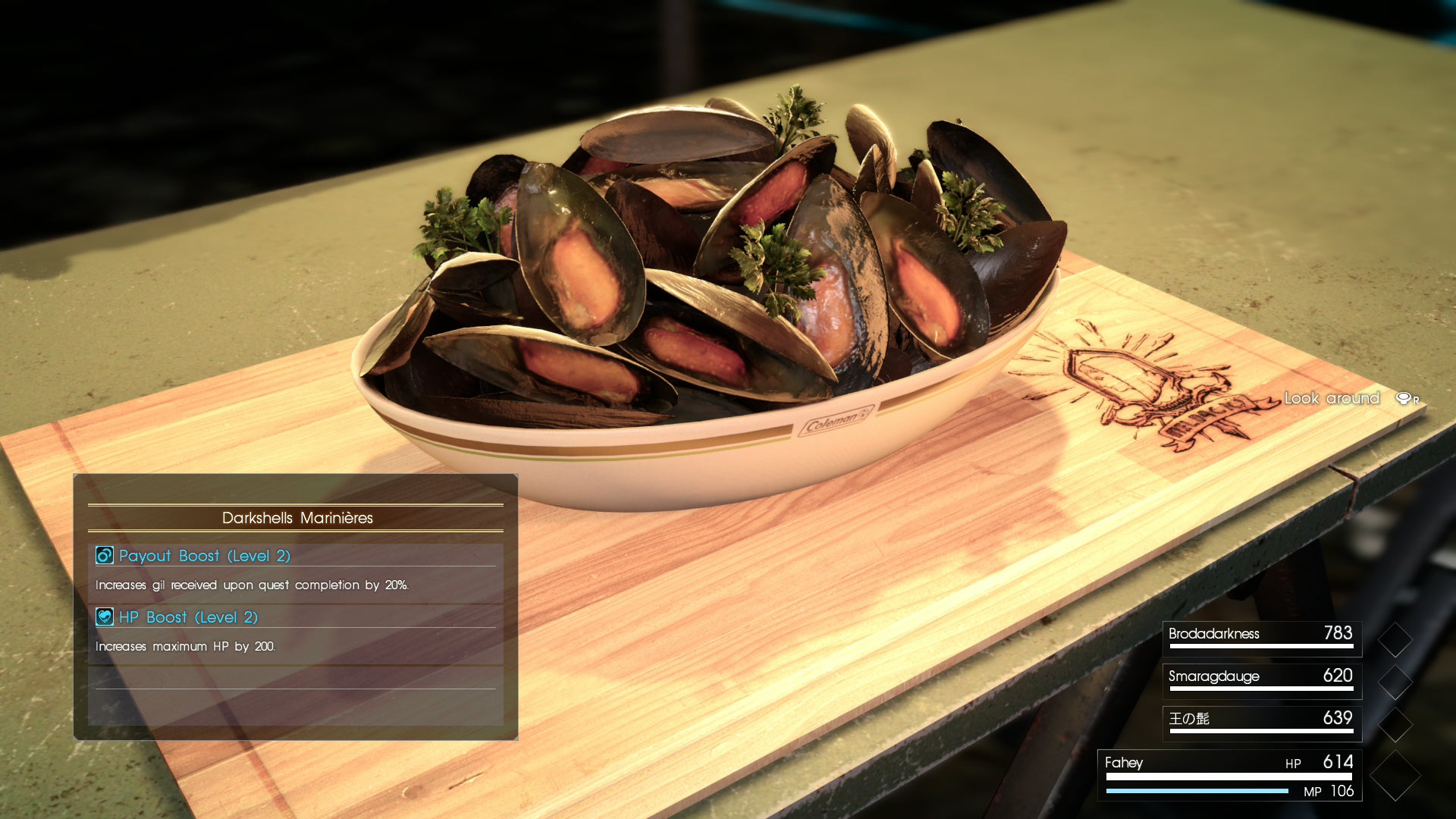 Missions would be a lot more fun if it weren’t such a chore going on one. First you have to either form a party or wait for other players to join you in Quick Play mode. Then you have to load into camp and pick up a piece of food (for in-battle restoration or after-battle cooking). Each player has to ready up. Then the mission loads, chaos ensues, and then we’re back in camp, waiting to see what food the camp master cooked up and how much experience we earned during battle. Then the party disbands – even if it’s you and your friends – and the long loading time back into Lestallum begins.

Like I said, it’s an awful lot of work to unlock a new shirt, especially when that new shirt is in one of the surrounding outposts. As you light up that grid, places such as Old Lestallum become accessible. Here players can find new clothes, weapons and items to buy, and maybe the odd solo quest (Comrades doles out several of these as the story progresses). What you won’t find is a mission giver, a weapon upgrade station, or a place to change clothes. For that, you have to take the shuttle back to Lestallum proper, because everyone loves loading times. After several days playing Comrades on both the Xbox One X and PlayStation 4 Pro, I’ve decided that I really enjoy it. I might even enjoy playing its bite-sized missions more than I enjoyed wandering about semi-aimlessly as Noctis and crew. But, that enjoyment only works in small doses. The more loading screens I have to sit through, the less of a good time I’m having. I’m good for two or three missions, then I need to go grab a sandwich or read some comics. Absence makes the heart more tolerant of sitting around for 30 seconds doing nothing with a controller in your hand, making a menu selection and then sitting around for another 30. 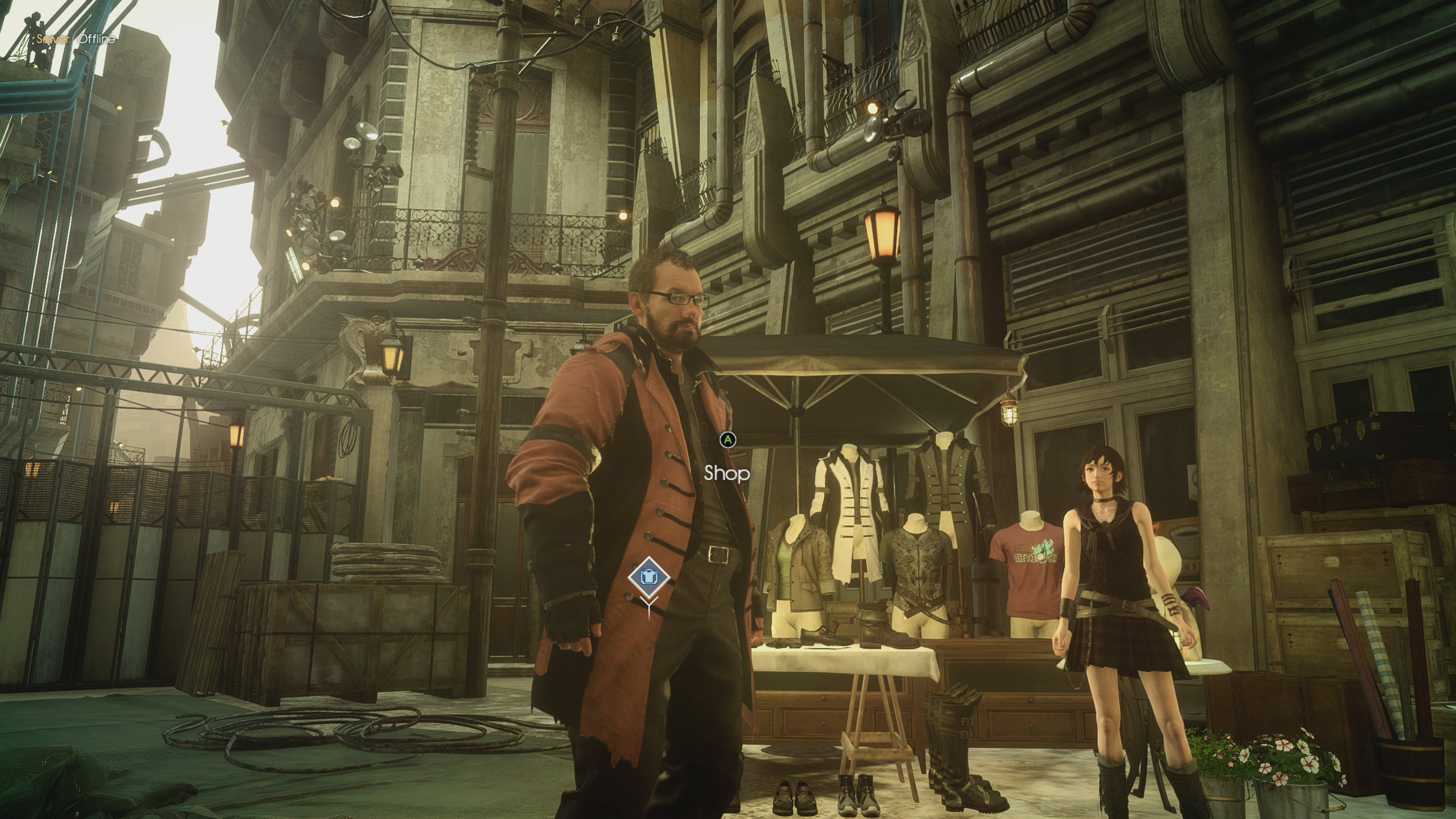 If I can find my virtual doppelganger here a nice driving cap, it will all be worth it.