Never Stop Sneakin’, the new game from the creator of Dust: An Elysian Tail, opens with a time-travelling madman kidnapping every president of the United States throughout history. It’s ridiculous. It’s also an excellent little top-down stealth game, and I don’t even like stealth games.

Normally I’m far too impatient for stealth. Waiting for guards to pass, sneaking past security systems – it’s not for me. I am large and loud and if you give me a gun I am going to fire it and hope for the best.

Never Stop Sneakin’, available next week for the Nintendo Switch, is a stealth game that borders on an action game, thanks to simple controls that take care of traditional stealth mechanics for the player.

All one has to do to kill a guard is to walk up behind them when they’re not looking. If a player has bullets in their inventory and gets spotted, they automatically spend a round to take the guard out. If they’re out of bullets but have a smoke bomb, that will go off, giving them time to dispatch the enemy. It’s almost a maze game with brief periods of waiting and the odd boss fight. 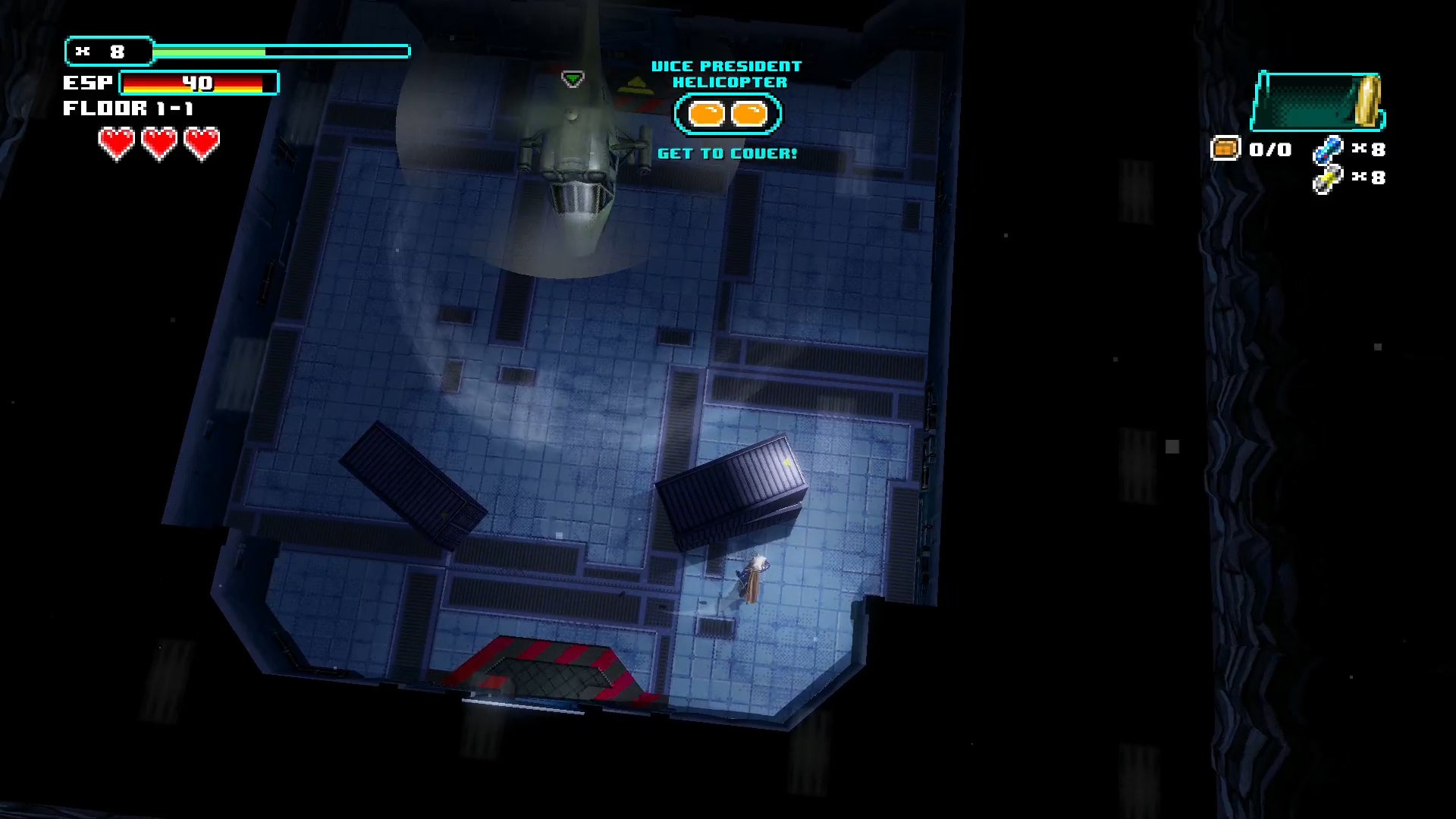 I do mean odd. In the screenshot above I’m facing off against Vice President Helicopter, a member of the evil Executive Branch. He is a helicopter, in case that wasn’t readily apparent.

The humour is absurd, which is just my style. If you’ve not watched the Kotaku Plays video atop this post, do so now and you’ll see what I mean.

Between the simple controls and the silly humour, I’m having a great time playing Never Stop Sneakin’. I almost gave it a pass simply because it had “Sneakin'” in the name, but here I am, stabbing guards, hacking computers and building up my base for my eventual rescue mission.

It’s a stealth game even the most impatient run-and-gunner can enjoy.