assassins creed originsfinal fantasyfinal fantasy xv
To sign up for our daily newsletter covering the latest news, features and reviews, head HERE. For a running feed of all our stories, follow us on Twitter HERE. Or you can bookmark the Kotaku Australia homepage to visit whenever you need a news fix.

A few weeks ago, the makers of Assassin’s Creed Origins teased a screenshot of yellow feathers, and now players who embark on a new quest in Ubisoft’s sprawling ancient Egyptian adventure will find some Final Fantasy in the game. It features some of the odder use of Chocobos in gaming history.

To access the FFXV addition to Origins, players should look on the world map for a green icon marking a level 23 quest called A Gift From The Gods.

Spoiler warning: Don’t watch the video above — and definitely don’t scroll down past this map shot — if you don’t want to see the FFXV cameos that are part of the quest. 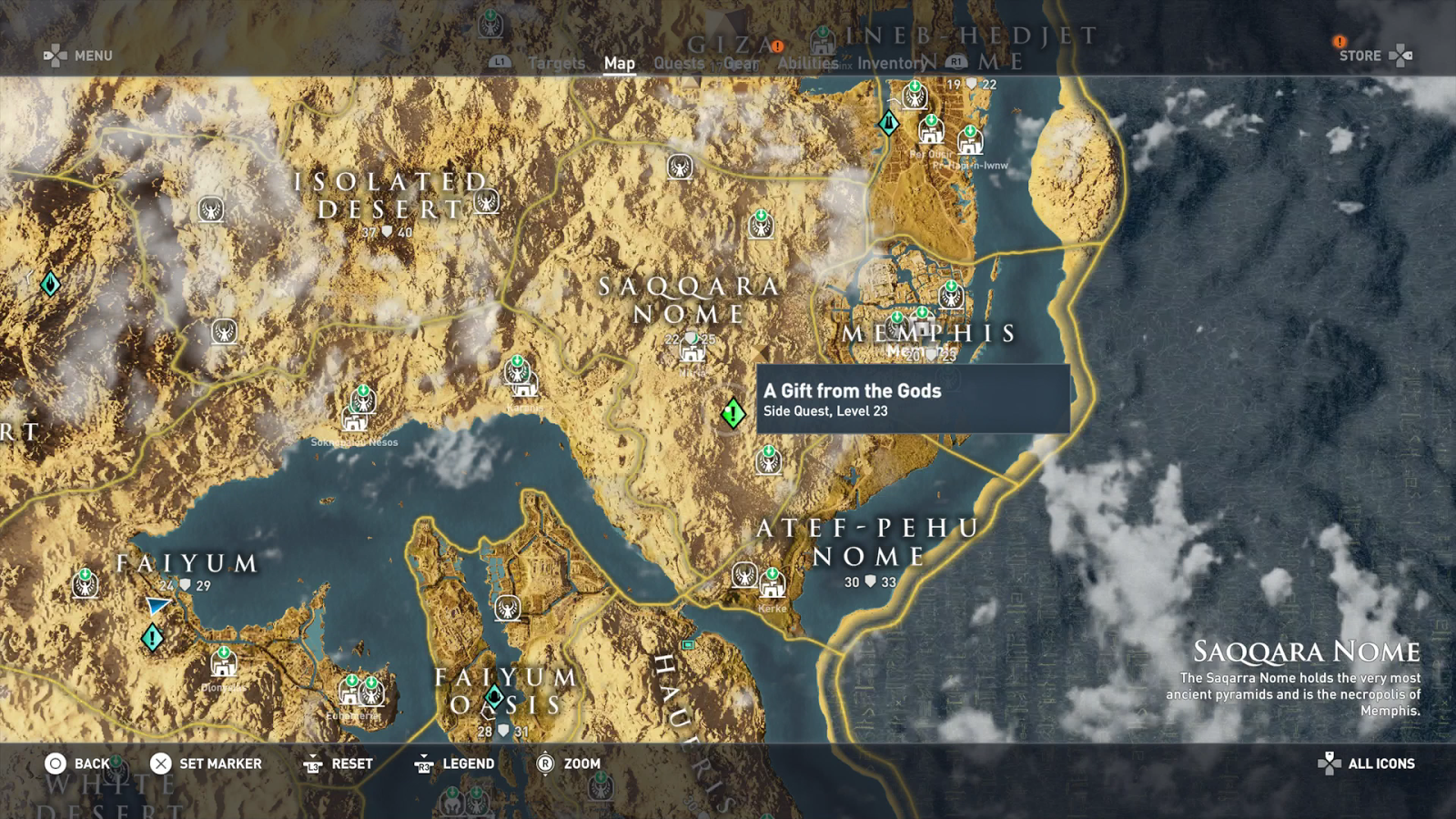 The quest is short. There’s no combat and just one puzzle. There is a cool cutscene that appears to show FFXV antagonist Ardyn Izunia briefly being pulled into Origins’ world before getting spirited away by the summoned creature Bahamut. 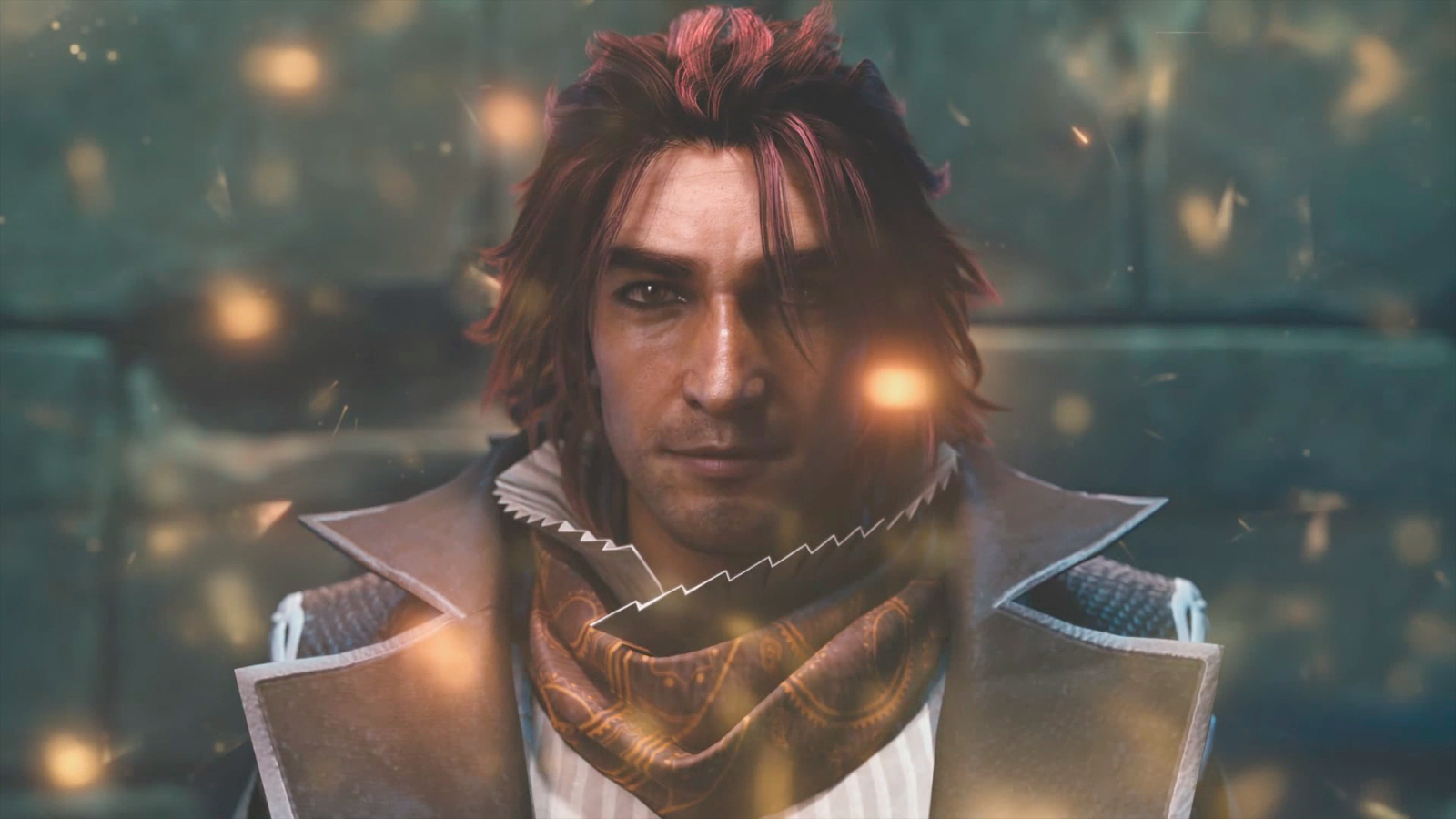 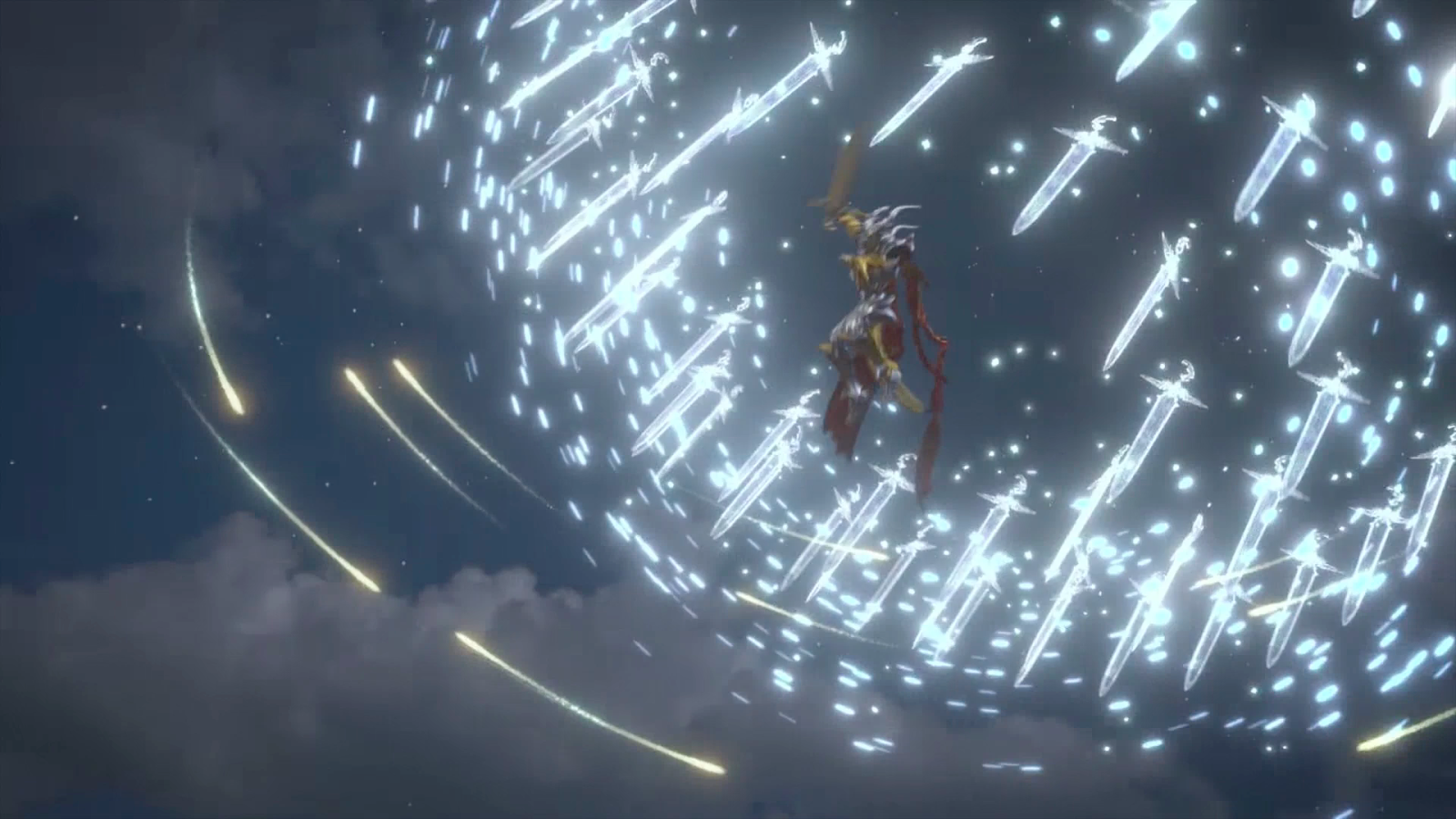 Your rewards for doing the quest are a legendary shield, sword and mount. Some of them may look familiar. 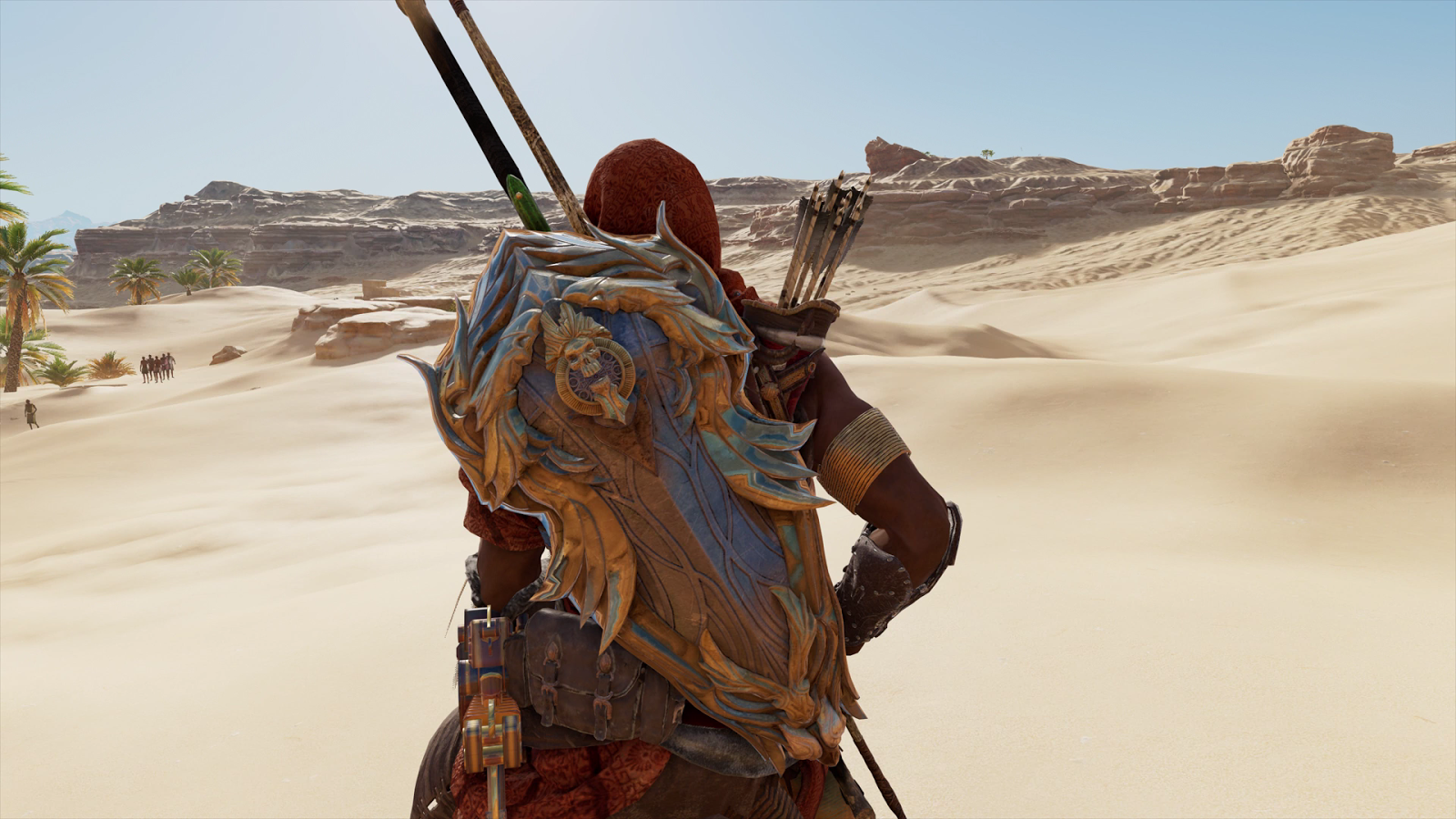 The shield is called Ziedrich, which is a long-featured item in Final Fantasy lore and shows up in FFXV. 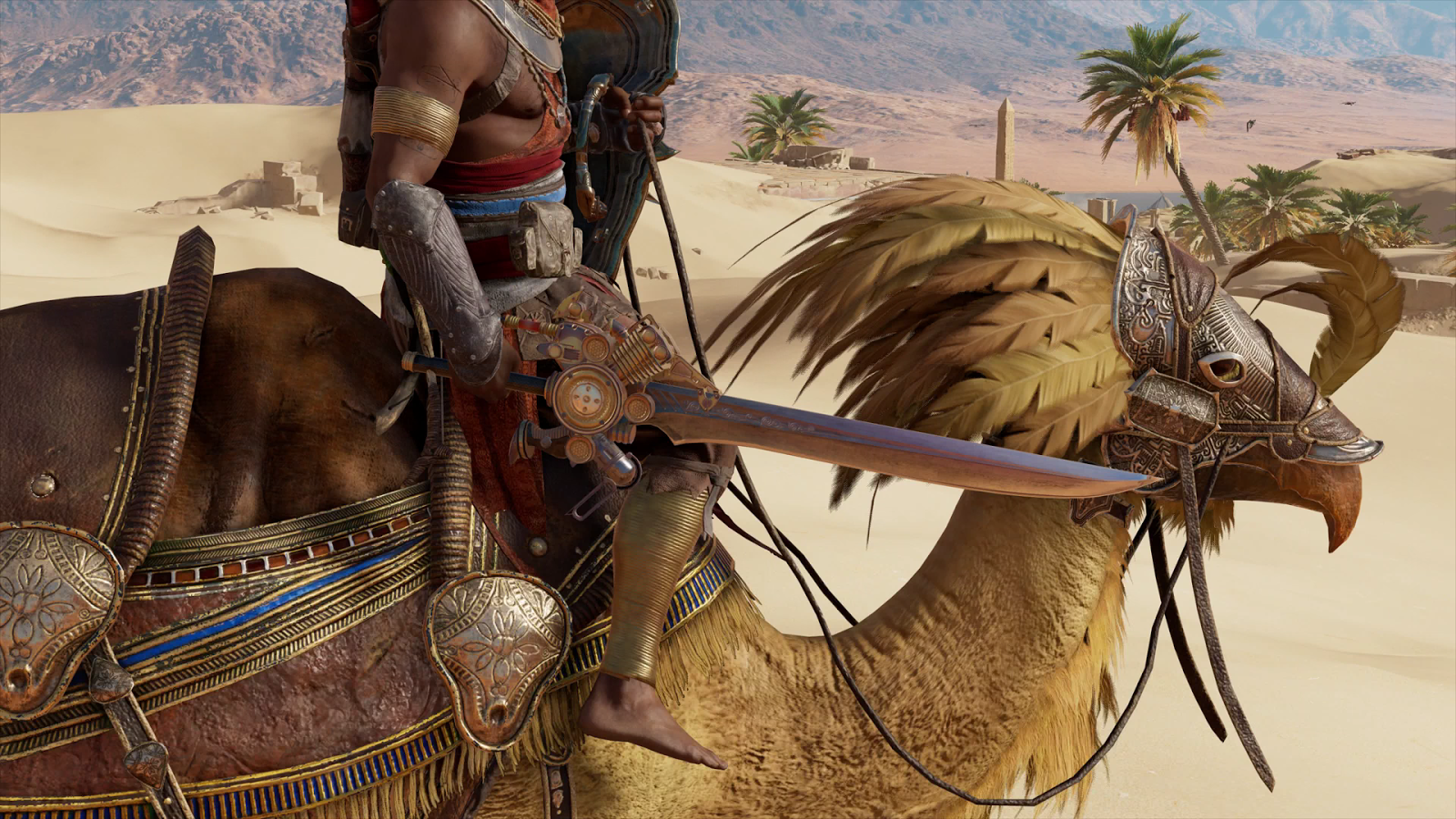 You also get an Ultima Blade and a camel-like Chocobo called Kweh.

Some would say that Chocobos shouldn’t look like camels. Others might even say that it’s weird to have these two mega-franchises crossing over. It’s actually not that odd. Final Fantasy is a series known for having protagonists who have dad issues. Assassin’s Creed Origins is a game whose protagonist is a dad who has issues. It’s a natural fit.