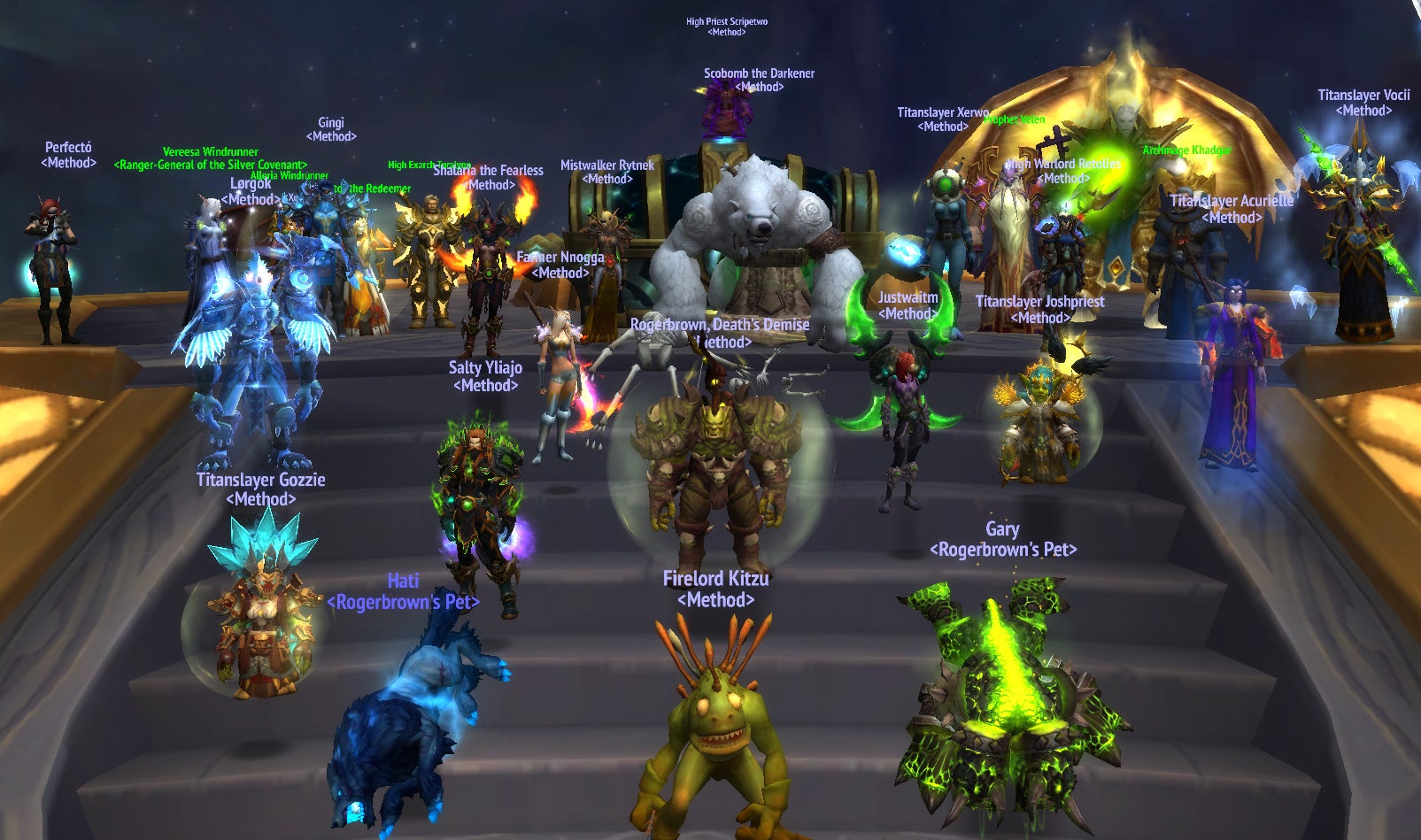 World of Warcraft: Legion's final boss, the mythic difficulty version of Argus The Unmaker, took players by surprise when he (un)made his first appearance in the game last week. Top guilds expected a cakewalk. Instead, they got thrashings. Hundreds of them. Finally, though, Argus has fallen.

Method, a guild recognised by many as the best in the game, did the deed today, after nearly a week of nonstop attrition and setbacks. In the end, they wiped 320 times before finally knocking off Argus, presumably named for his love of both alternate reality games and each and every one of us. That brings Method's total number of Legion world firsts to three of a possible five.

Guild officer George Georgiadis tweeted that he didn't think Argus was quite as tough as Tomb of Sargeras boss Kil'jaeden, but was "still quite a tough one - heart was going BOOM BOOM BOOM."

The race to beat Argus was a tight one. Top guilds such as Limit were also in the running, though a healer who decided to DDOS his own teammates derailed their efforts slightly. Guilds have been stymied by Argus' mythic form because it includes secret phases that other difficulty levels don't. While Method has yet to reveal the exact method they used to bring down the very tough blue (and sometimes red) boy, it's likely that we'll learn more about exactly how the fight unfolded in the near future.