How we communicate – and express ourselves – has changed, Samsung’s Global Director of Marketing tells me. We have have moved from relying on our ears, to our eyes – and the S9 is a reflection of that shift.

We were promised a “reimagined” camera with this latest iteration of the Galaxy. Now, we finally know what that means.

Let’s start with the straight specs.

Now let’s compare that with the S8. 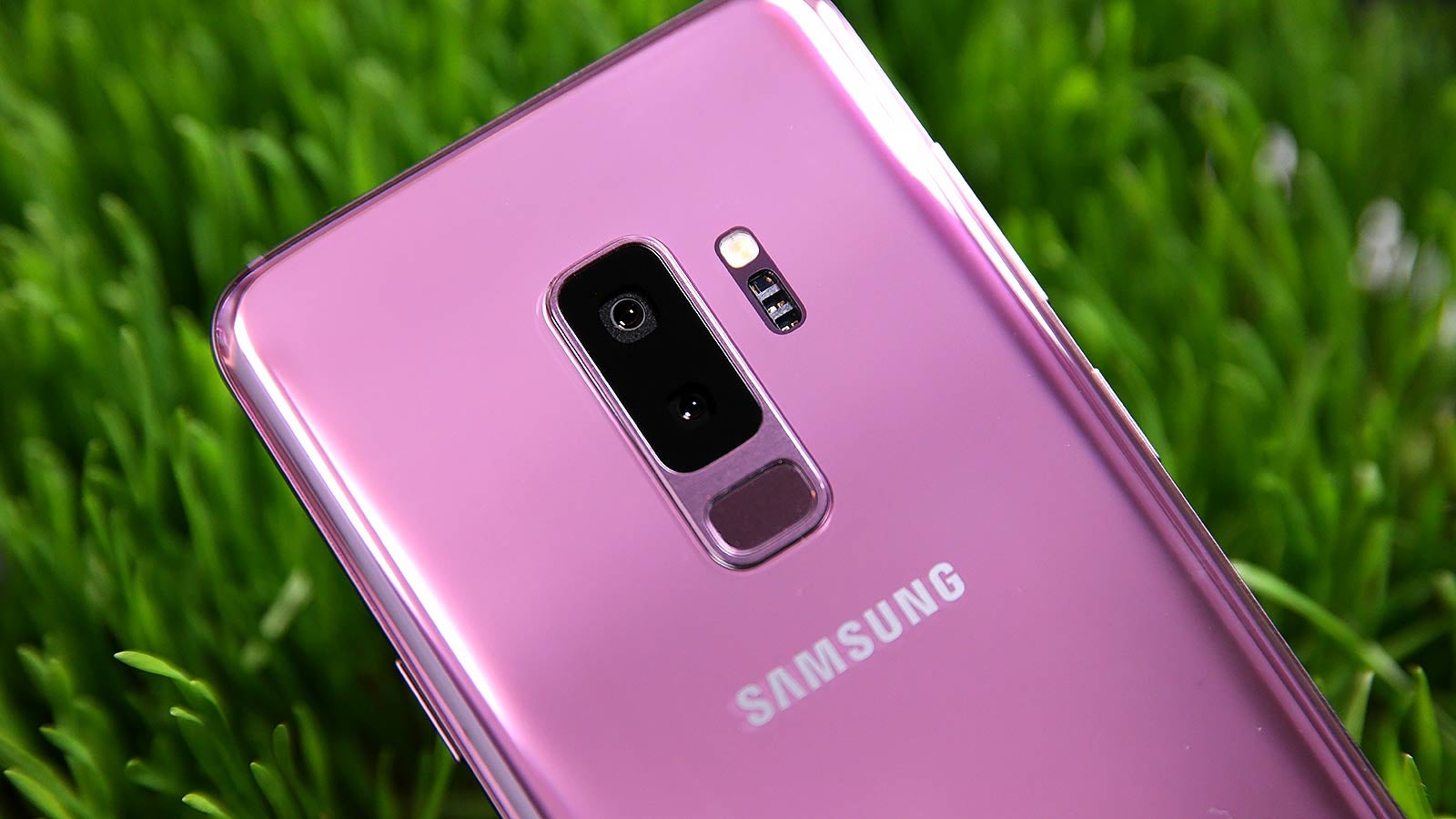 The aperture is literally the hole through which the light travels to the camera sensor. The lower the number, the bigger the hole and the more light that’s allowed in.

The idea is that by letting the camera switch between f/2.4 and f/1.5 (the widest aperture available on smartphone so far), the S9 should produce even better photos in both bright light and super dark conditions.

And when you combine that with a new 12-MP super speed dual pixel sensor, Samsung says the S9 can capture a whole lot more light than before. Samsung has even improved the S9’s multi-frame image processing, which now smashes together three sets of four photos shot back-to-back into one image, with more details and less noise that one would theoretically get from a single pic.

So there are clearly some noticeable improvements made, but does this really count as “reimagined”? Turns out it’s not just about what the camera can do on paper, it’s how it is used.

I’m peering though a hole, into the darkness. I can barely make out anything except a chair in the room in front of me. It’s a horror movie waiting to happen.

On my side of the wall, something pretty cool is happening. There’s a Samsung Galaxy S9, set up next to its predecessor, also peering into the darkened room. The S8 can make out a table and a couple of chairs, the outline of a window. The S9 is taking in 28 per cent more light. It can see everything.

This camera was made for Ghost Hunters.

There’s a brand new image sensor, with dedicated on board memory.

Tapping on the screen to focus is way quicker than with the S8. And the captured image ended up being even clearer than what I could see on the display.

30 per cent noise reduction means it’s a genuinely impressive improvement on both my own eyesight (which is great, thank you very much), and the S8.

What could be better than slow mo?

How about Super Slo Mo, at 960fps that automatically detects motion in front of the camera then you can turn that super slow mo into a gif you can add your own music to and easily share to your group chat/Twitter/whatever it is the kids are using these days?

Samsung reckons we are sending a billion gifs a day, so it is getting in on the action by making it as easy as possible to create our own. And let me tell you – it was super easy to do. There’s nothing hidden away in secret settings – it’s all right there in the main camera menus.

The super slo mo records in 0.2 seconds bursts, which becomes six seconds you can reverse, swing and loop. Making an avatar of yourself isn’t exactly a new thing – anyone who has spent more time in the character creation screen of an RPG than actually playing the damn game can attest to that. oh yeah, and there was that whole Animoji thing with the iPhone X that I’ve literally never used.

But you know what is new? Augmented Reality Emojis that are a very flattering scan of your face with some customisable hair and clothes that you can make videos with, use as gifs, and use as your own emojis.

Your skin tone is customisable, which is handy, since mine changes pretty dramatically depending on the time of the year IRL, too. Ask your light-skinned Aboriginal friends what I’m talking about and they’ll show you their “winter legs”. In my first attempt I was lighter (and the camera detected my eyes as blue), in the second attempt I was well into “where are you really from” territory (and the camera detected my eyes as green).

There aren’t any options for loosely curled hair, but you can rock a ‘fro.

And while you can take images and well as video as your Emoji, I did discover that you can’t move your arms. Enjoy doing all the Riverdance impersonations you want.

Once you’ve made your AR Emoji, you’ll be able to find it expressing 18 different emojis right next to your regular emojis in the Samsung keyboard. You can send them via Facebook message, WhatsApp – wherever you’re sending messages really – even across to iOS devices.

Bixby In your Camera

Samsung is on a mission to have Bixby a part of every moment in your life, and in the S9 is no different. There’s a few cool things that Bixby can do now – just some of them aren’t available in Australia just yet, and just quietly – I’m impatient to try them.

Point your camera at some words, and your phone will change them into whatever language you’d like to read. That’s the promise, and I saw this working with a Spanish – English menu translation.

The food feature is my favourite. Straight out of the Silicon Valley playbook (the TV Show, not the place), this is pretty much the SeeFood app that identifies what is, and isn’t a hot dog.

But the difference here? It works. On more than just hot dogs. It also tells you how many calories it has.

I’ll let y’all know as soon as we can have the Food feature here. You’ll see me using it everywhere, no doubt.

That’s pretty much it for this whole “Camera Reimagined” thing – I think it really shows a shift in the way Samsung is looking at phones. They liked the S8 so much they pretty much kept the design, and just built it around a pretty incredible camera.

Gizmodo Australia travelled to Mobile World Congress as a guest of Samsung.