I Fell For A Game Just Because Of Its Map

On my first try, I didn’t like Dandara very much, despite praise for the game from my colleague whose taste in Metroid-like adventures I’ve since learned not to doubt. It really helped that I discovered that the game has a terrific map.

It isn’t the visual design of the map that I love. As you can see, the presentation is simple: Just some rooms on some unfurled virtual parchment. It isn’t how the map works. It simply adds the room you’ve just entered to an ever-evolving drawing, just as so many other game maps do.

It’s the shape of the rooms. It’s the placement. It’s what each glance I take of the map as I play is telling me and teasing me about this game.

Dandara is indeed a Metroid-style game, which means I’m exploring a mysterious location comprised of interlocking rooms and tunnels, slowly gaining access to more as I acquire new abilities or take craftier routes to find ever more hidden chambers.

Call me weird, but I’m excited when I enter a new area, check my game map, and discover I’m in some new weirdly-shaped vertical room with peculiarly placed exits. Why is this room arranged this way? Where will it go? Why is it sort of shaped like a person hailing a taxi? How will it eventually connect to the rest of the map? 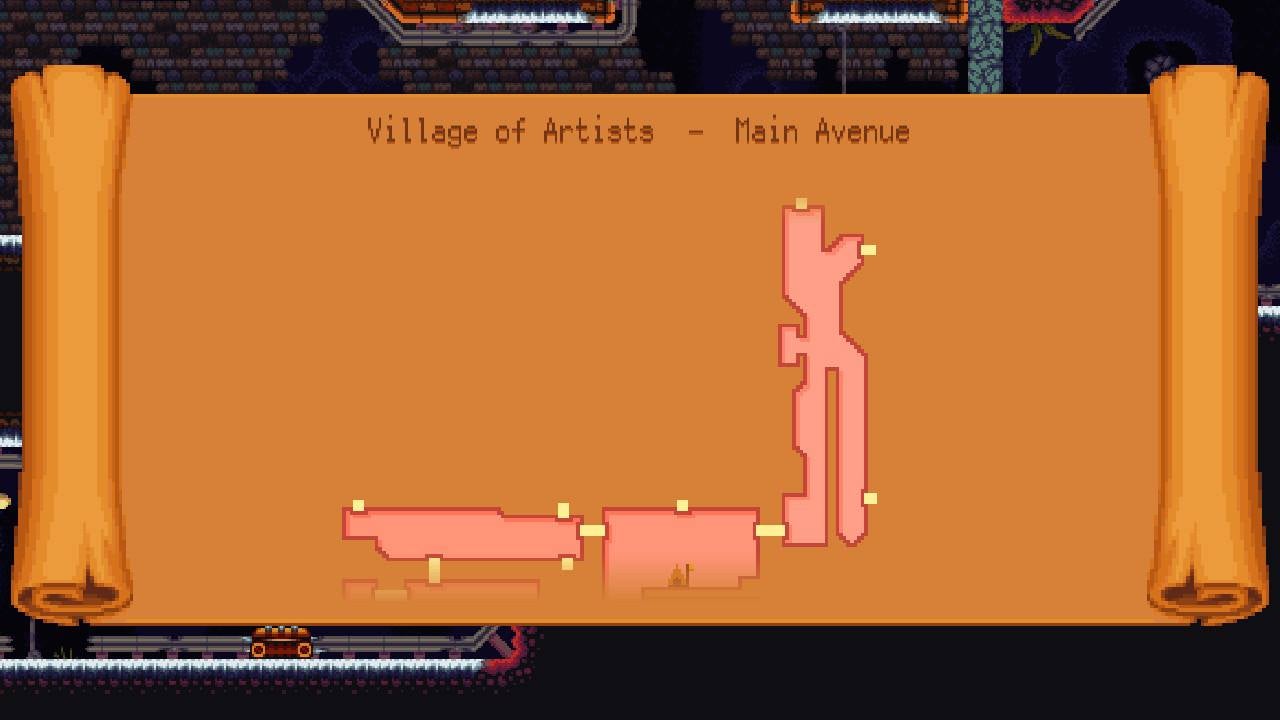 Dandara is a wonderfully distinct game. It doesn’t let you walk or run, instead forcing you to move by doing straight-line jumps from one white sections of the game’s walls, floors or ceilings. Those movement options lead you to bouncing through rooms that wouldn’t even make sense in other games. I’ll go through a room shaped like the letter “C” by repeatedly ricocheting off the floor and ceiling 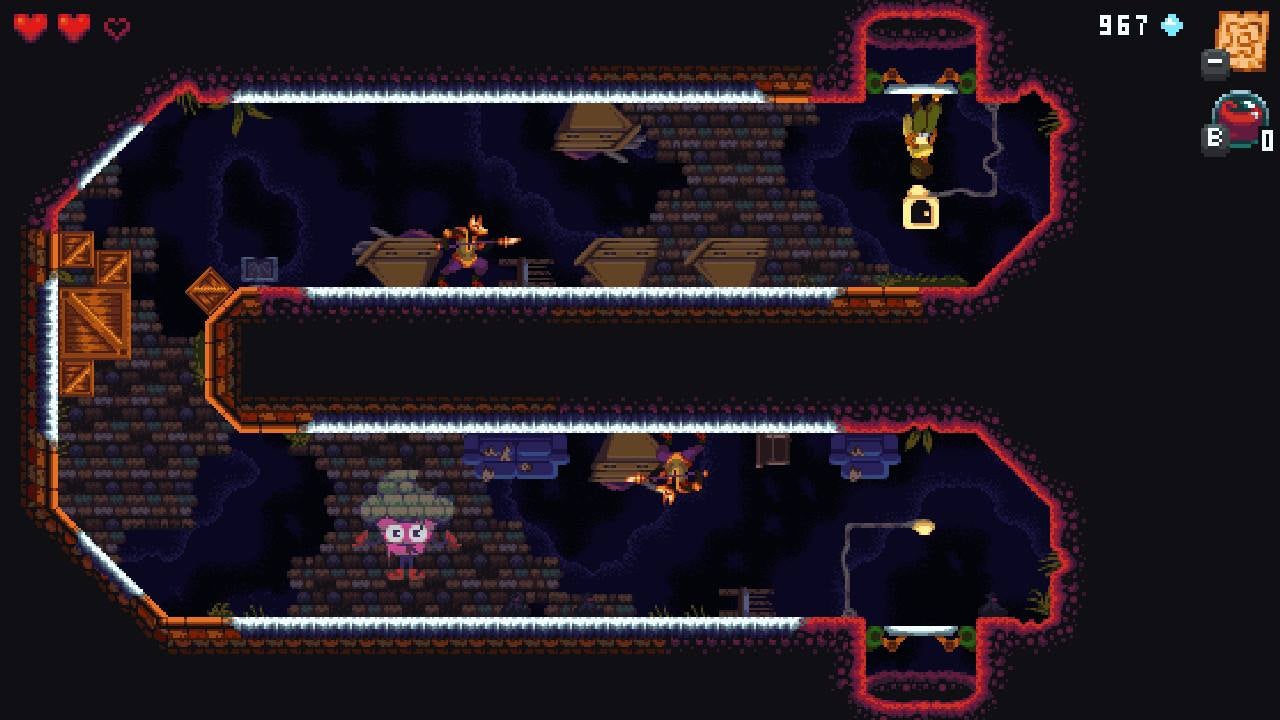 The game’s odd movement system begets oddly-shaped rooms begets weird clumps of rooms on the map. One of my peak gaming moments in this young year? Discovering and figuring out how to get through this hamburger stack of rooms on the left here: 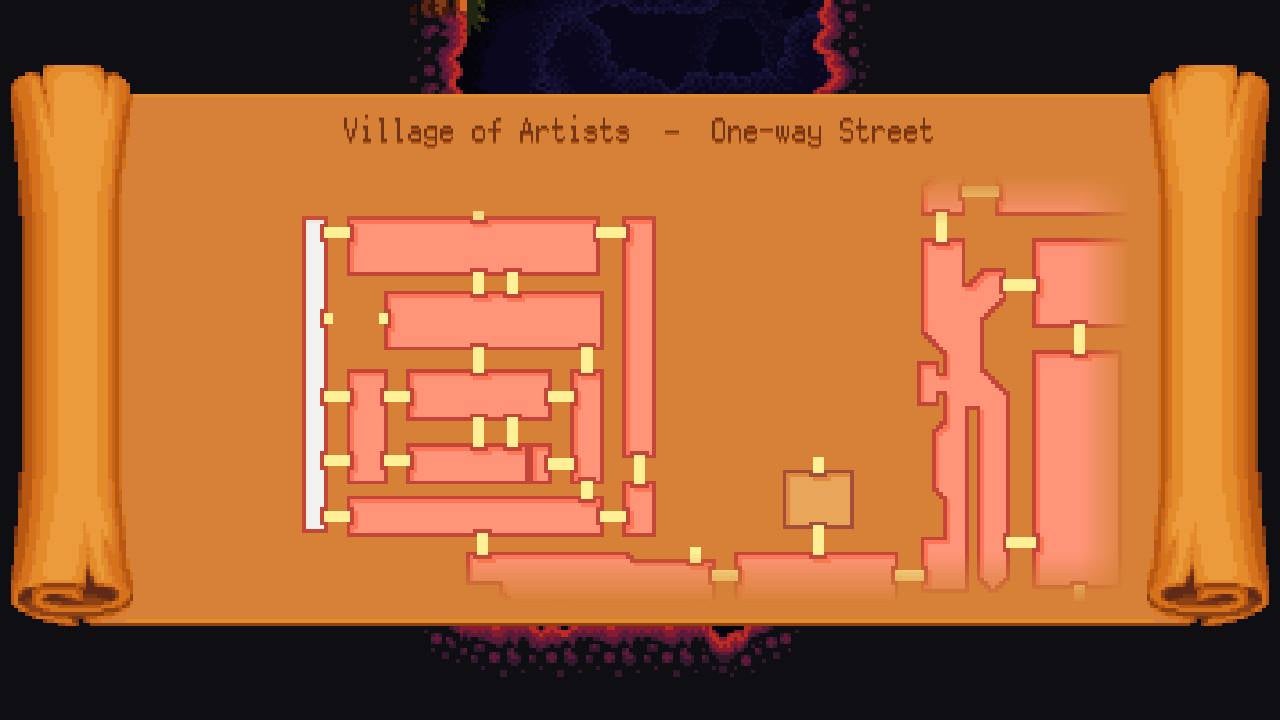 I love Metroid games, but I’ve been surprised to have not gotten hooked by some Metroid-style games I’ve recently tried. What’s kept me somewhat cool on Axiom Verge or even Samus Returns? Perhaps it’s the lack of weird room connections. Perhaps its been that, when I’ve checked the map in those games, I haven’t spotted the kind of enticing labyrinths I recall enchanting me as they filled out room by room in Super Metroid or the Metroid Primes. Maybe I just need to find the hamburger rooms or horseshoe connections in those games, because I can tell you: I love that stuff. I love that stuff even more when it does that Metroid thing and all comes together. After all, a hamburger stack of rooms is only great if it cleverly brings you to a new power upgrade and then loops you back to home base. 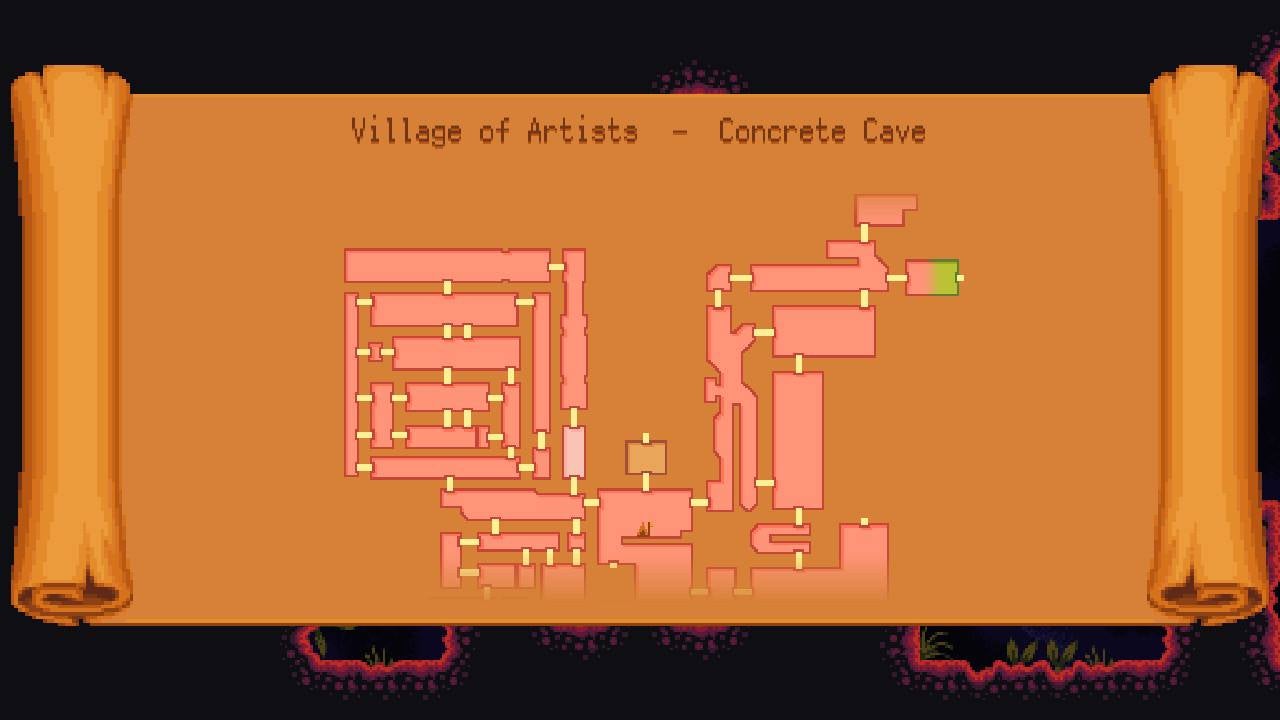