Buff King Dedede was no help solving the new Kirby game’s riddle – assuming there was a riddle, of course.

I like Kirby games, but I would not consider myself an advanced Kirbyologist. I was therefore surprised to learn a few weeks ago that Kirby games I’d played on the 3DS contained hidden messages. The first letter of each of the games’ worlds spelled a word. Neat! Surely, I figured, the new Kirby Switch game would do the same.

Kirby Star Allies on Nintendo Switch is made largely by the same people who made those games, so you might be expecting another acronym. I was.

Here are the names of its worlds:

I’ve thought about those names. There’s no acronym in there, people.

Let’s look at the levels in Dream Land: 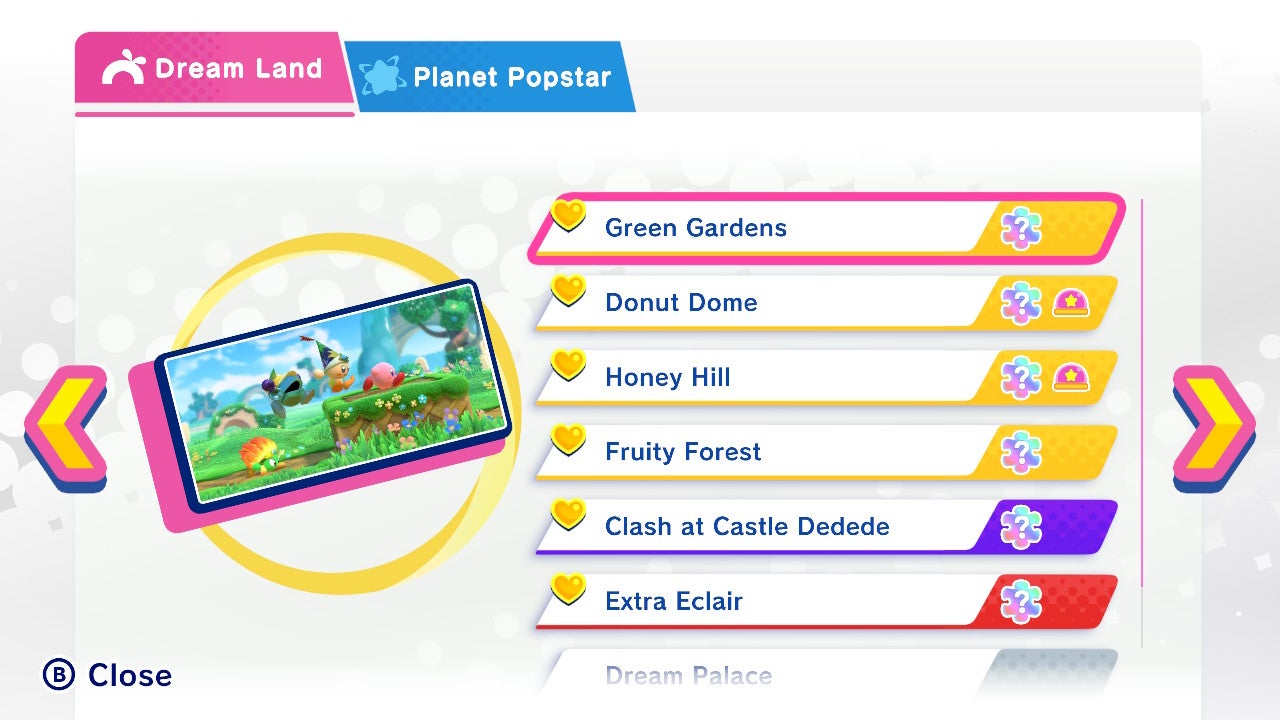 Any ideas what that spells?

If you exclude “Dream Palace,” which is just a bonus room, then we have GDHFCE. And all that appears to be is several consecutive letters of the alphabet scrambled up: CDEFGH.

Moving on to Planet Popstar: 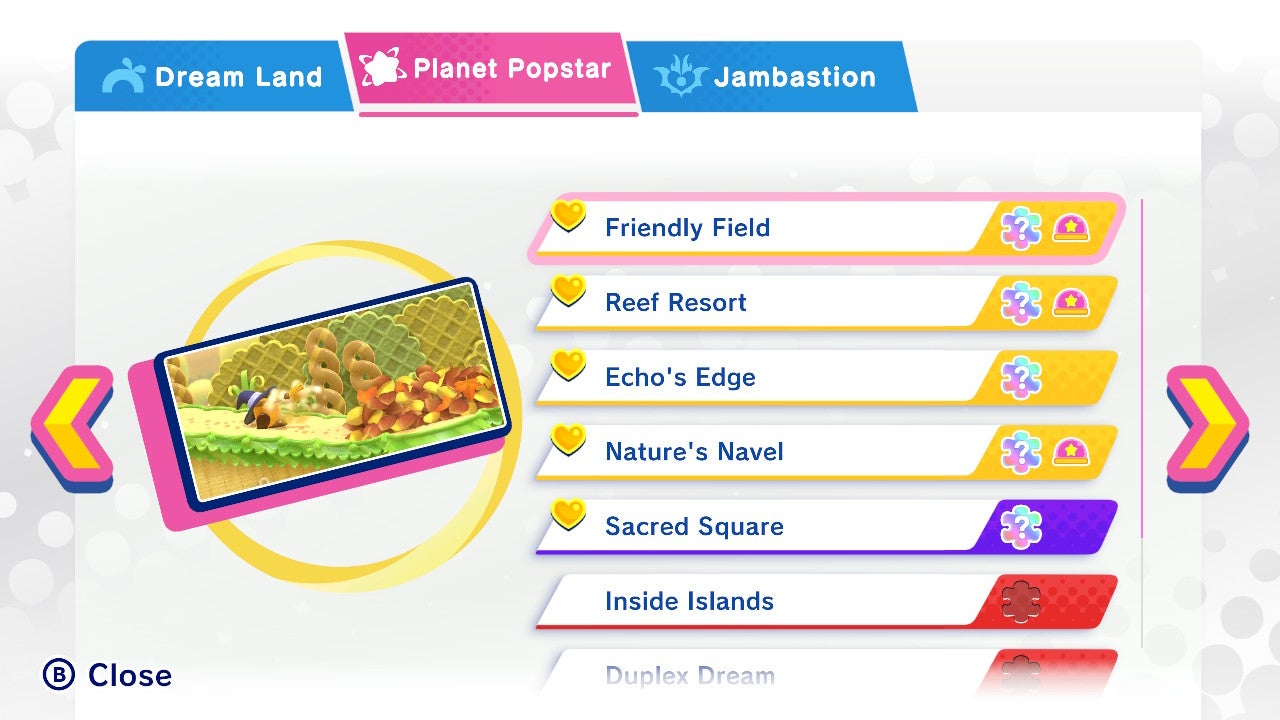 Once again, there is no obvious acronym, but there does appear to be one scrambled in there. You see it, right? FRIENDS.

What of Jambastion? There are too many level names to fit in a screenshot, so I’ll type them out:

Acronym? Anagram? Or nothing at all? I’ve tried descrambling this and come up with nothing. How about you? If it helps, note that Sector A, B and C are all bonus levels.

And people said Kirby games were too easy…