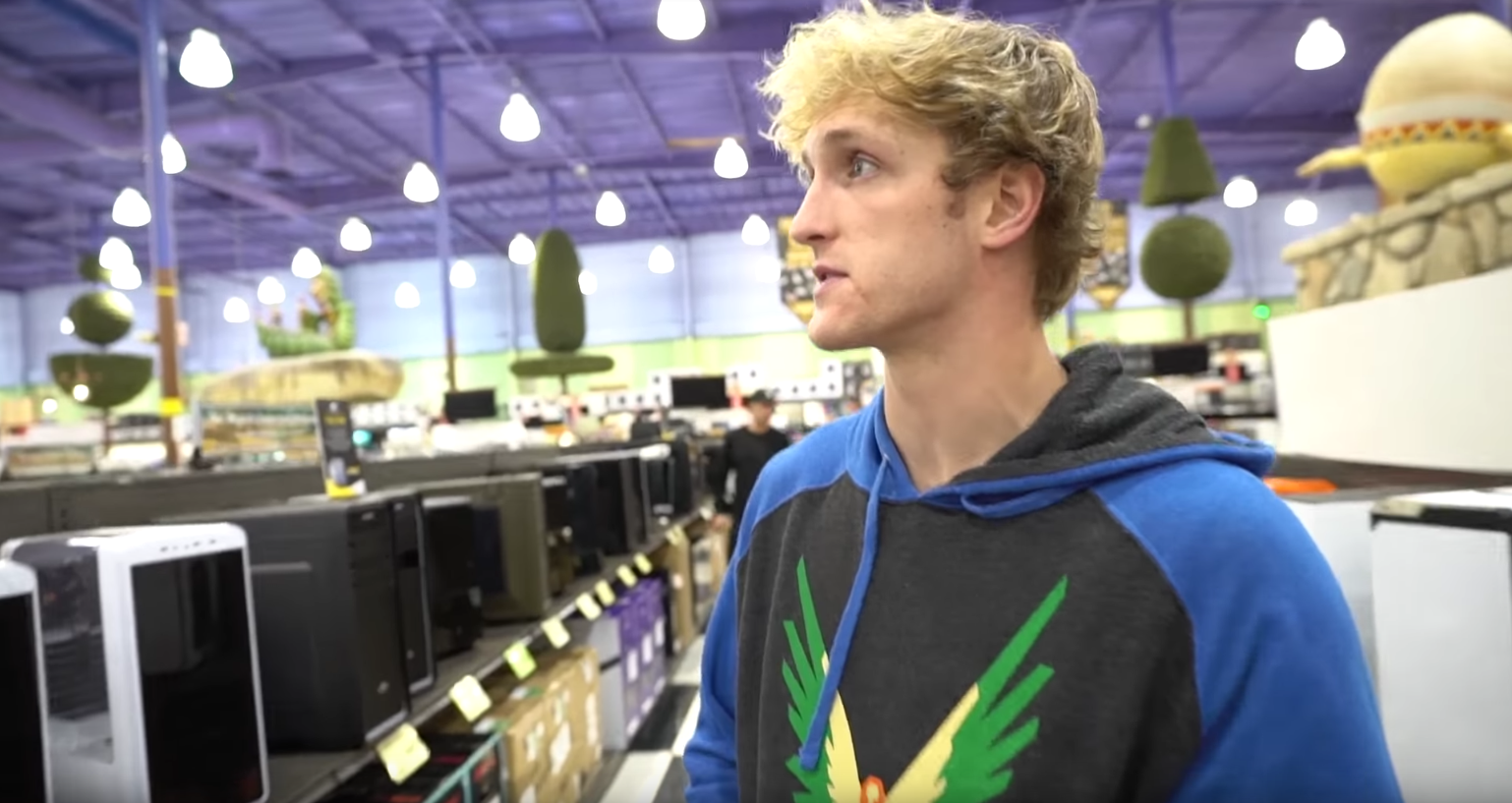 Infamous YouTuber Logan Paul started a Twitch channel yesterday, and he reached 100,000 followers without streaming once. If you go to the channel right now, the chat alternates between spamming racial slurs and ascii penises. Following the Fortnite bandwagon has turned into a mess for the Paul brothers.

The Paul brothers have a reputation for toxicity. Jake ended up on a local news station for being such a nuisance to their neighbours, and is known for uploading cringey rap videos. Jake’s brother Logan uploaded a video of a suicide victim in Japan’s Aokigahara, known as the “suicide forest.” Logan came under fire for exploiting someone’s death for views, as well as generally being an arsehole all around Japan.

Despite leaving a wake of controversy wherever they go, the brothers both have over ten million subscribers each on YouTube.

While the Pauls have dabbled in gaming before, they’re mostly known for vlogs. But, Fortnite is a phenomenon right now – even Drake is playing it. The Paul brothers aren’t ones to miss out on this new trend, and each of them uploaded a vlog featuring the game in some capacity over the weekend.

In Logan’s vlog, titled, “What The Heck Is A Fortnite?” the older Paul brother specifically cites wanting to play the game with Drake as a motivation for picking the shooter up.

More controversially, Jake’s vlog has a thumbnail featuring the most famous Fortnite player around, Tyler “Ninja” Blevins. The video is titled “I Donate $US200k To My Favourite Streamer (insane reaction),” making it seem as if Jake Paul was donating hundreds of thousands of dollars to the most visible Fortnite player around.

Instead, the video is mostly a vlog about the Paul brothers’ ongoing feud with KSI, another YouTube channel, and doesn’t feature Ninja at all. Jake’s vlog has over 2 million views. The highest rated comment on this video reads, “see what we arent [sic] gonna do is clickbait our boy Ninja,” and other commenters freely call Jake’s use of Ninja’s face “clickbait.”

As the Paul’s antics somewhat involve him, Ninja addressed the situation, first by having his mods ban anyone who talked about Jake Paul, and then by speaking in generalities about a “popular John Smith.”

“A popular John Smith uploaded a video that had nothing to do with me, and used my face as clickbait,” Ninja said. “This person is very wealthy, and does not need to do these things for views,” he said. “This John Smith isn’t stupid and is getting what he wants, which is people to talk about it. …You’re getting baited, and you’re letting it happen.”

Such blatant bandwagoning has people worried that the Pauls’ toxicity is going to drag down the Fortnite community, if not Twitch as a platform. When you search “Logan Paul Fortnite” on twitter, you see streamers asking Twitch to “carefully think” about whether to allow Logan Paul on the platform. One streamer went so far as to call Twitch “tainted.”

It’s true that Logan’s channel is already both incredibly popular and has one of the worst chats imaginable, full of Trihard emotes, sketchy “free V-bucks” links and sometimes drawings of penises. While Logan Paul isn’t specifically breaking the rules here, the activity in his chat is definitely against Twitch’s Community Guidelines, which prohibit spam, sexual content and discrimination and harassment based on race.

Historically, Twitch has been pro-active about banning controversial streamers who break their terms of service.The Pauls have already faced repercussions from the relatively more lax YouTube for their controversial content: After the Aokigahara vlog, Logan Paul was removed from the Google Preferred ad tier, and his YouTube Red movie was “put on hold.” Kotaku has reached out to Twitch for comment but they did not respond in time for publication.

It makes sense for two of the biggest YouTubers in the world to try the biggest game of the moment. Fortnite and Twitch are almost incidental factors in the Pauls’s quest to get people to talk about them – they just happen to be what’s hot right now.