5 Westworld Theories That Could Still (Technically) Be True

The only thing better than Westworld itself are all the fan theories. Some have turned out to be true – others are, let’s say, a tad less plausible. Here are five of the weirdest fan theories that haven’t actually been disproven yet.

Since the series debuted in 2016, the online fan community has run rampant with theories about the show, park and characters. In some cases, the fans predicted some of the first season’s biggest reveals, such as the fact that Bernard was actually a host version of Arnold.

The theories and community have become so integral that the showrunners promised to seek input from Reddit fans for season two – though so far that’s only involved rickrolling them with a fake spoilers video.

Many of the fans have been spot-on, but others have been more “creative” with their theories. Some might be jokes, others not, but they all have something in common: They could still technically come true. 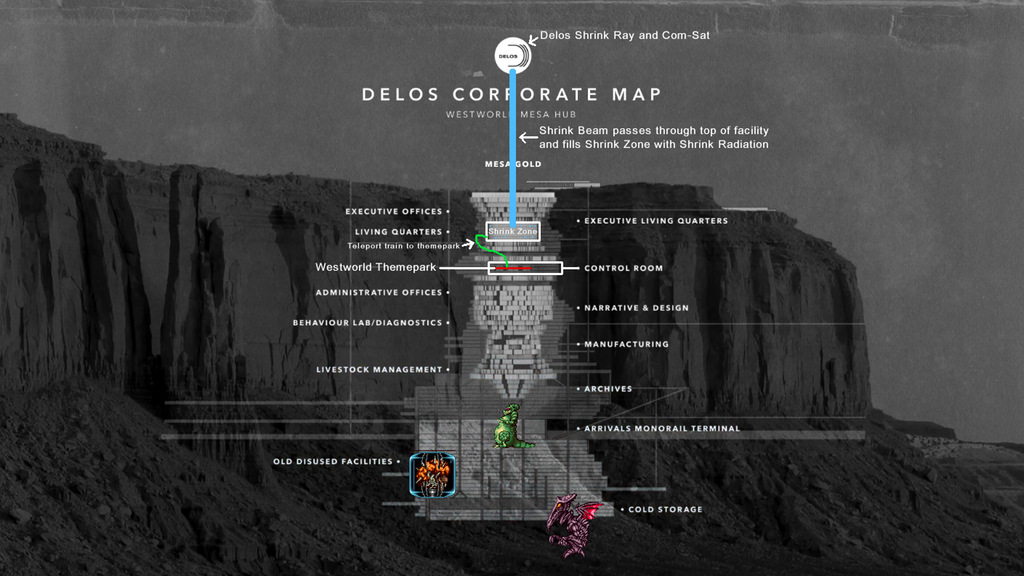 According to Reddit, this map is the “best evidence” of the Shrink Ray theory. And it comes with free monsters. Image: Reddit

There are questions about where Westworld is located. Most believe it’s on an island – a theory heavily supported by a recent season two trailer – while others believe it’s on Mars or another planet.

There’s one theory that’s a bit smaller in scale. According to one fan theory that was shared on Reddit last year, Westworld is actually miniaturised and located inside Delos so employees can keep an eye on it. This is thanks to a shrink ray, which grows and shrinks the hosts and guests upon stepping in or out of the park. This theory is most likely a joke, but it’s still charming. 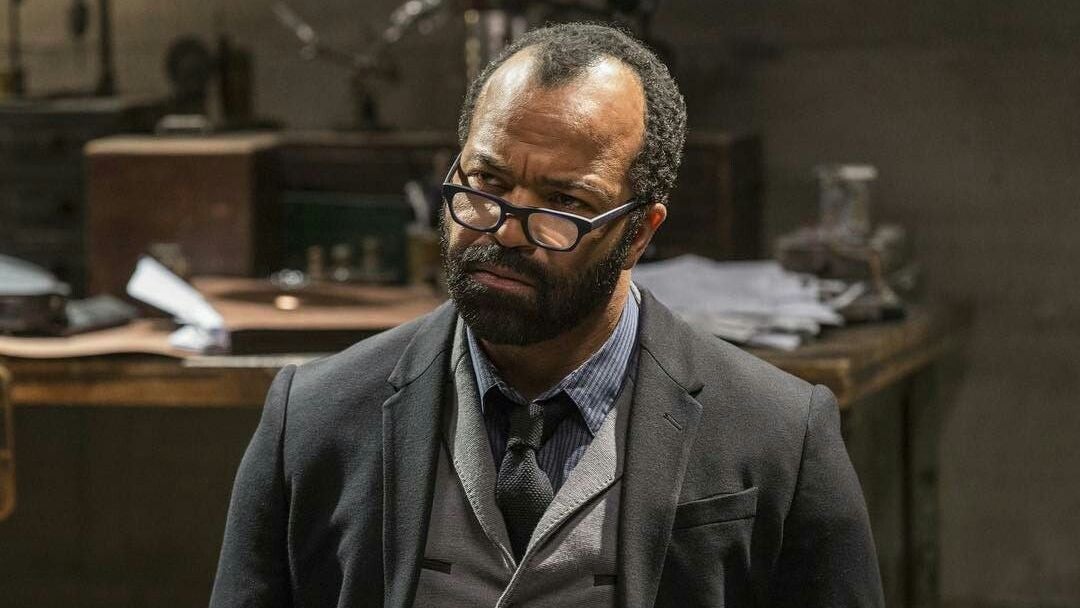 2) Literally Everyone Is a Host

Many viewers were shocked when it turned out Bernard was secretly a host. It made us wonder: Who else could be a robot? Perhaps Dr Ford is running around in an android body, or the Man in Black created a host version of himself so he’d never have to leave the park.

One not-so-obscure theory suggests that absolutely everybody is a host. The employees are hosts, the management are hosts, the guests are hosts. Everyone is either a blissfully unaware bot or a human who was given a host body upon entering Delos.

The idea is that staffers would be easier to control if they were in robot bodies – regardless of whether or not they were aware they weren’t actually human. And it actually makes sense for the guests, as it would prevent collateral damage from things such as falling off a mountain into a grove of cacti, and it would prevent guests from killing each other with the plethora of knives and cast iron frying pans lying around the place.

But if this were true, there wouldn’t be a lot of tension in the second season. Come on, if all of the humans are in host bodies, then nobody is actually getting hurt. Where’s the fun in that? 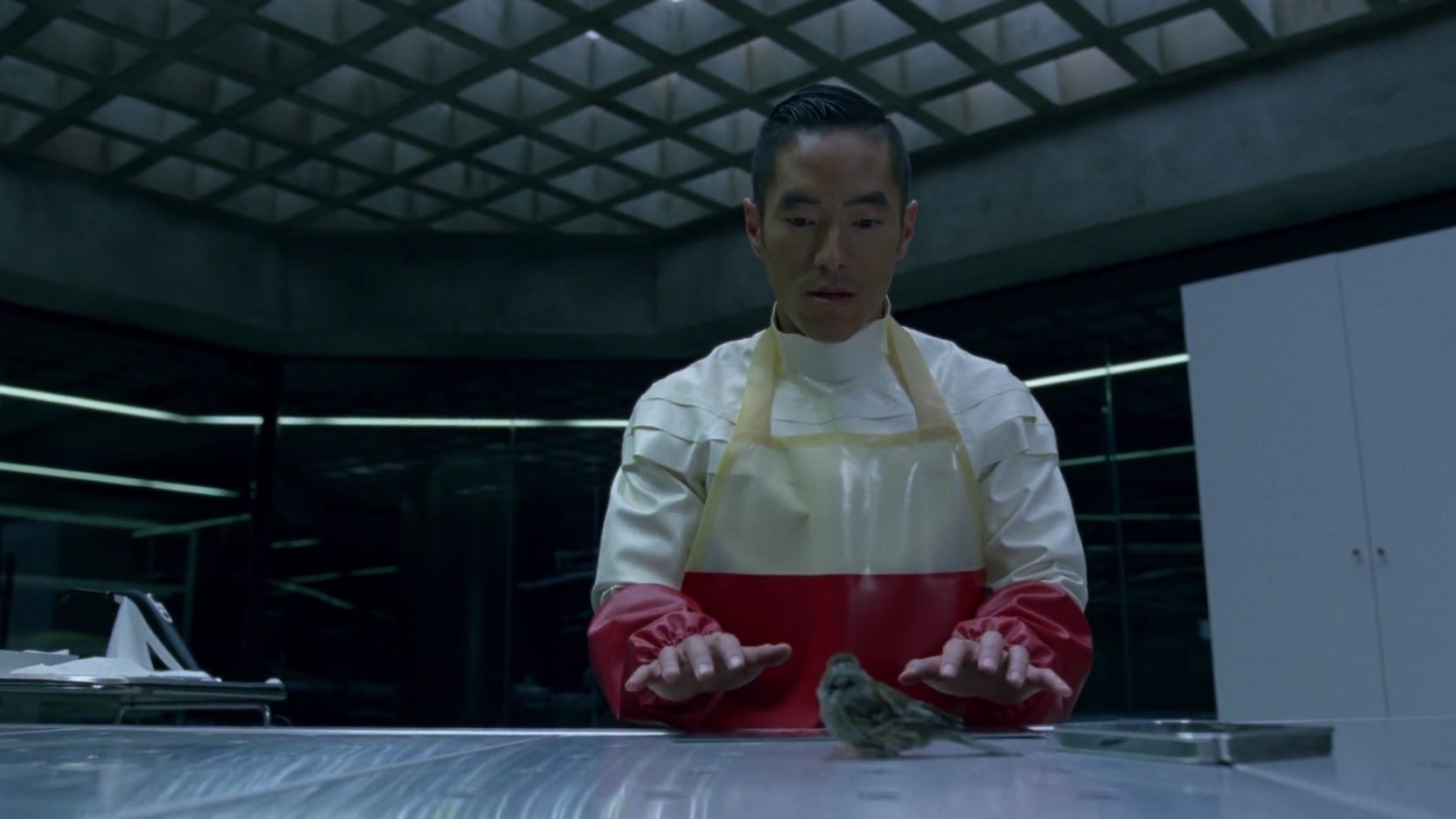 3) Felix is the Next Leader of Delos

Now that Dr Ford has (supposedly) kicked the bucket off this mortal coil, there’s a gap in leadership at Delos. Seems most likely that Charlotte or Bernard are vying for the position of de facto leadership in Ford’s absence. But what if it was the one person we’d least expect? That’s right: Felix.

You probably know him more as the guy who brought a robot bird to life and then got kicked around by Maeve a bunch of times. But one fan theory – a favourite of mine that I previously wrote about for another publication – says that Felix will emerge as the antithesis of Dolores.

One justification is how they came to the “awareness” that prompted their individual journeys. Dolores achieved it by killing someone, while Felix did the same by bringing something to life. The other reason has to do with their names: In Latin, Felix means joy while Dolores means sorrow. Though it can be said that many of the character names on Westworld are derived from Latin, so it isn’t exactly unique.

There’s another even more obscure theory that Felix is actually Arnold hiding out in another body as a failsafe because he was using Arnold’s old codes to sneak around the system. But given the Bernard reveal, and the fact that Ford was the one implementing the final plan, this has been pretty much disproven. 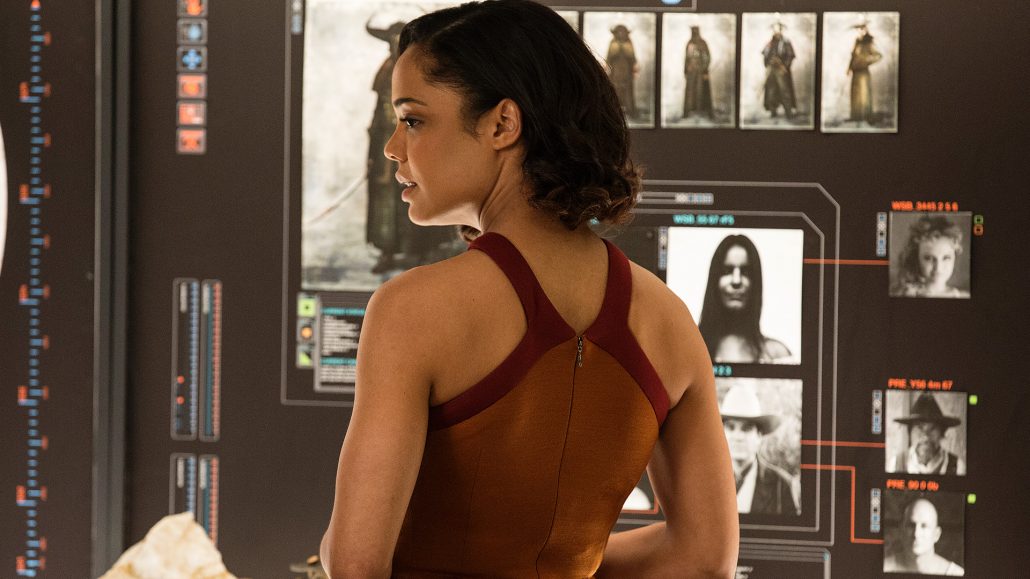 Charlotte knows that creating robot warriors is just the next step in escaping our simulated reality. Image: HBO

4) Delos Is Testing the Simulation Hypothesis

As Theresa worded it during the first episode of the series: “This place is one thing to the guests, another thing to the shareholders, and something completely different to management.” It’s unclear what Delos’ true plans for Dr Ford’s technology are, but it’s definitely bigger than giving rich people a theme park to kill robots in. Theories range from Manchurian Candidate-style subterfuge to an unstoppable robot army for the government. There’s one theory that’s too out-there not to celebrate.

Sam Schube from The Ringer suggested that Westworld is actually a documentary about Delos testing the Simulation Hypothesis, a theory that all of humanity is living inside a computer simulation that we need to break out of.

Much akin to The Thirteenth Floor, an awful Matrix clone from the late 1990s that I still love to death (don’t judge me), Delos has built a simulation inside the simulation. If the hosts can break free of their simulation, that means humanity can escape ours. 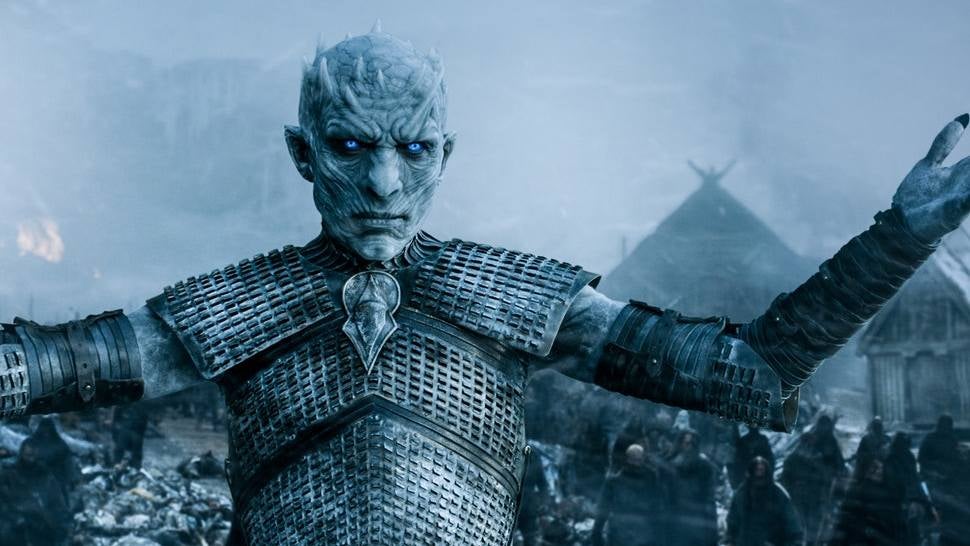 Come at me, show. Image: HBO

5) The Sixth Park Will Be Westeros World

OK, this last one is a bit of a fake-out, as the showrunners have apparently already said this isn’t happening – at least according to George R.R. Martin, who suggested it to them over dinner. But it did get us thinking about whether the final park will be.

There are a total of six parks planned. We already know about Westworld and Shōgun World. The others could conceivably be based on parks from the original series – Medieval World, Roman World and Future World – though that’s unconfirmed. Either way, it means there’s at least one park that’s a total mystery.

Instead of combing Reddit for theories on what the final park could be, since it could literally be anything, we decided to come up with our own. Joe Tonelli wants a Dungeons & Dragons World, mostly because he wants to play a Paladin named Marty that goes around and rolls initiative for the future of the kingdom.

Meanwhile, I (Beth Elderkin) would like a Musical World, where hosts live in and perform different musical numbers that the guests can join in on – and even lead if they want to. This is mostly because I can imagine how it would go horribly wrong: After the fall of Delos, the park would become a dystopian wasteland where guests would be forced to sing with the hosts… or be killed. Can you imagine being trapped in a never-ending musical where you have to happily play along or die? I sure can.