Monster Hunter: World's latest event adds a golden dragon that players really should make the necessary preparations to hunt. Dealing with the Kulve Taroth is a massive undertaking where up to 16 players can cooperate in order to get some of the most stylish and powerful loot around. The event ends in a couple of weeks.

Fighting the brand new elder dragon, Kulve Taroth, means going on a "siege". This new game mode allows everyone in an online session to contribute to the greater hunt and increase the value of rewards. That means as many as 16 players work together to take down the monster, although they don't fight it in a giant raid party.

Instead, groups of four set off to track the beast and complete a series of objectives throughout their hunt. This can range from causing the monster to retreat to certain areas or breaking its armour. Each objective contributes to a greater score, and the better that each group does in their own battles against the Kulve Taroth the better the rewards once the siege ends.

The fight is exciting, requiring players to chase the monster through a new map and use the environment to do damage. After tracking the Kulve Taroth, hunters need to chip away at its golden scales. While this means a lot of hacking and slashing, it almost means dropping stalactites on its head or tricking it into standing on an erupting lava flow.

As you do damage, the creature drops a ton of monster parts to collect and use for crafting armour. It also flees deeper and deeper into the map. What starts as a pretty standard fight against a big monster in a cave moves on so that you're battling above lava or dodging melting gold ore cascading from the ceiling. It's awesome. 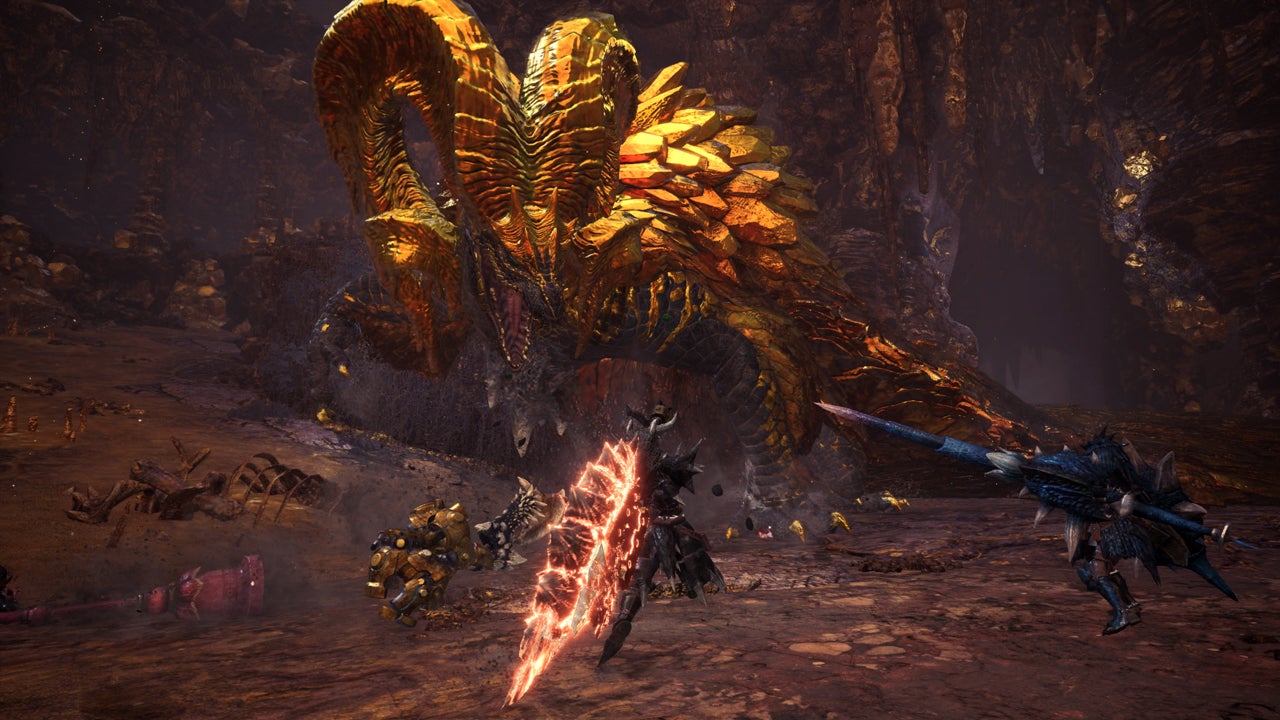 The Kulve Taroth hits like a truck, but it's attacks are easy to learn. My only complaint is that because Kulve Taroth is so damn big, you sometimes get wedged between cave walls and the monster's body. It isn't a huge problem, but it can lead to some cheap hit and knockouts.

If you manage to take the Kulve Taroth down you'll be able to scavenge weapons right from its body, but even if it escapes, you'll get rewards when the siege ends. Players who complete a siege get "relic weapons", golden variants of existing weapons that may have better elemental stats. It's a dice roll - you'll sometimes get gear that's technically worse that something you can craft - but if you run the siege a few times, you're bound to get one or two weapons that you really like. You can sell the rest for a ton of gold.

Overall, the Kulve Taroth siege is a great addition to the game that doesn't just give rad loot but offers one of the most memorable and fun fights in the game. The event runs until May 3, and I highly recommend assembling a team of hunters before time's up.