Overwatch’s New PvE Event Is Its Best Yet 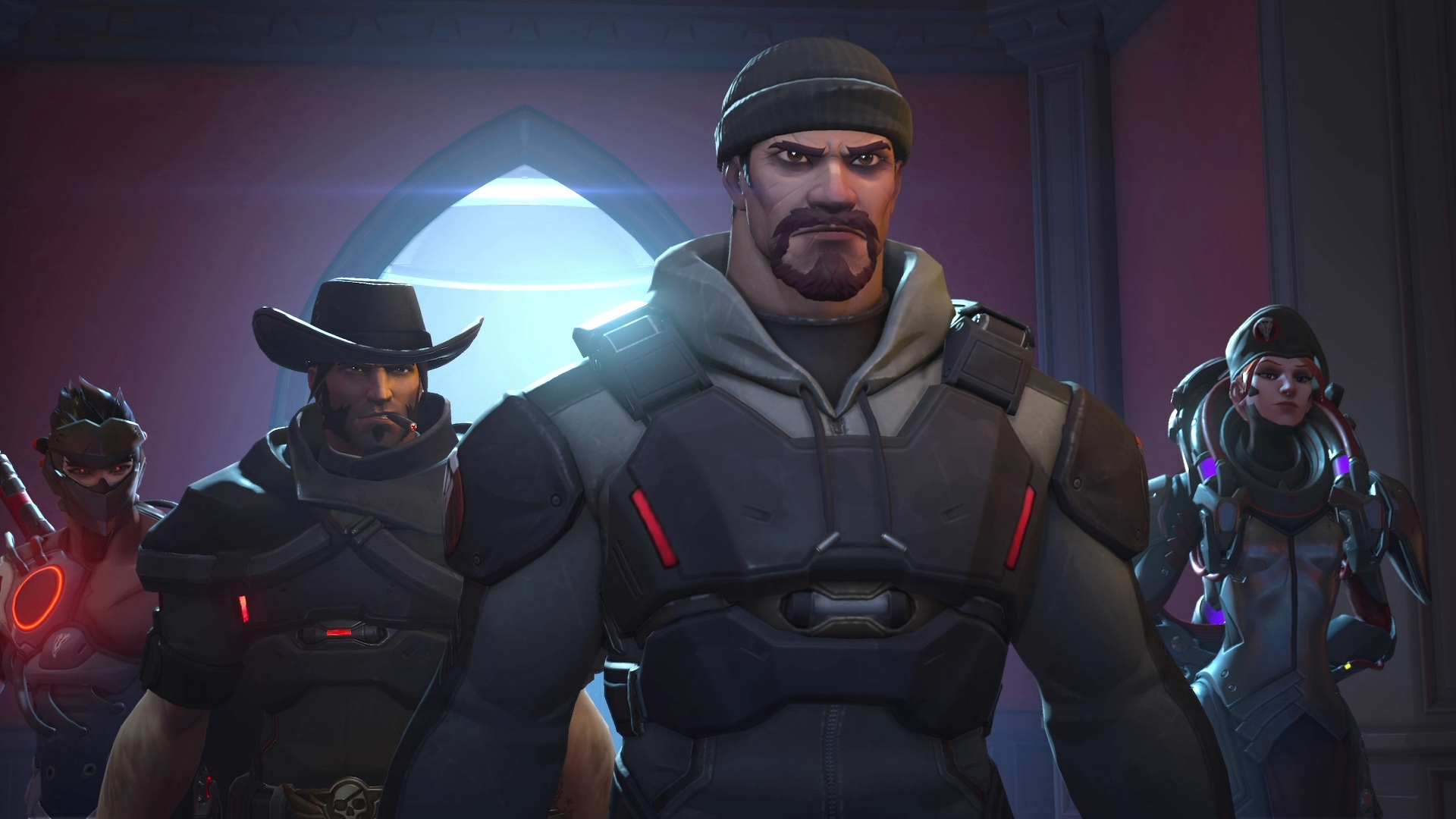 Overwatch got its spring event yesterday, which includes a new player-versus-environment mode where players can take down swarms of killer soldiers in a picturesque, futuristic Venice. Retribution, the new PvE mode, is absolutely the best of its kind yet. It might have players asking why Overwatch can’t get its own story mode already.

Retribution is set against Overwatch‘s Blackwatch lore, a shadowy organisation of high-level operatives. Four players queue up as Blackwatch agents: the disgraced geneticist Moira, the cyborg ninja Genji, the killer cowboy McCree and the ghostly wraith Reaper, who here appears as his past self, a human mercenary.

In the mission, the heroes infiltrate a Venetian hideout as retribution for a past crime. Players must fight through hordes of Talon warriors to get to an escape helicopter.

The mode has two zones: a column-lined foyer with a half dozen doors that enemies pour through and a huge, beautiful cityscape that looks like Venice. There, players encounter the same cannon fodder agents but also a few specialised enemies.

There’s an assassin who sprints from wall to wall, only stopping to pin you down and slice your face open. There’s a huge “heavy assault” enemy who can charge you. There’s also a deadly sniper. 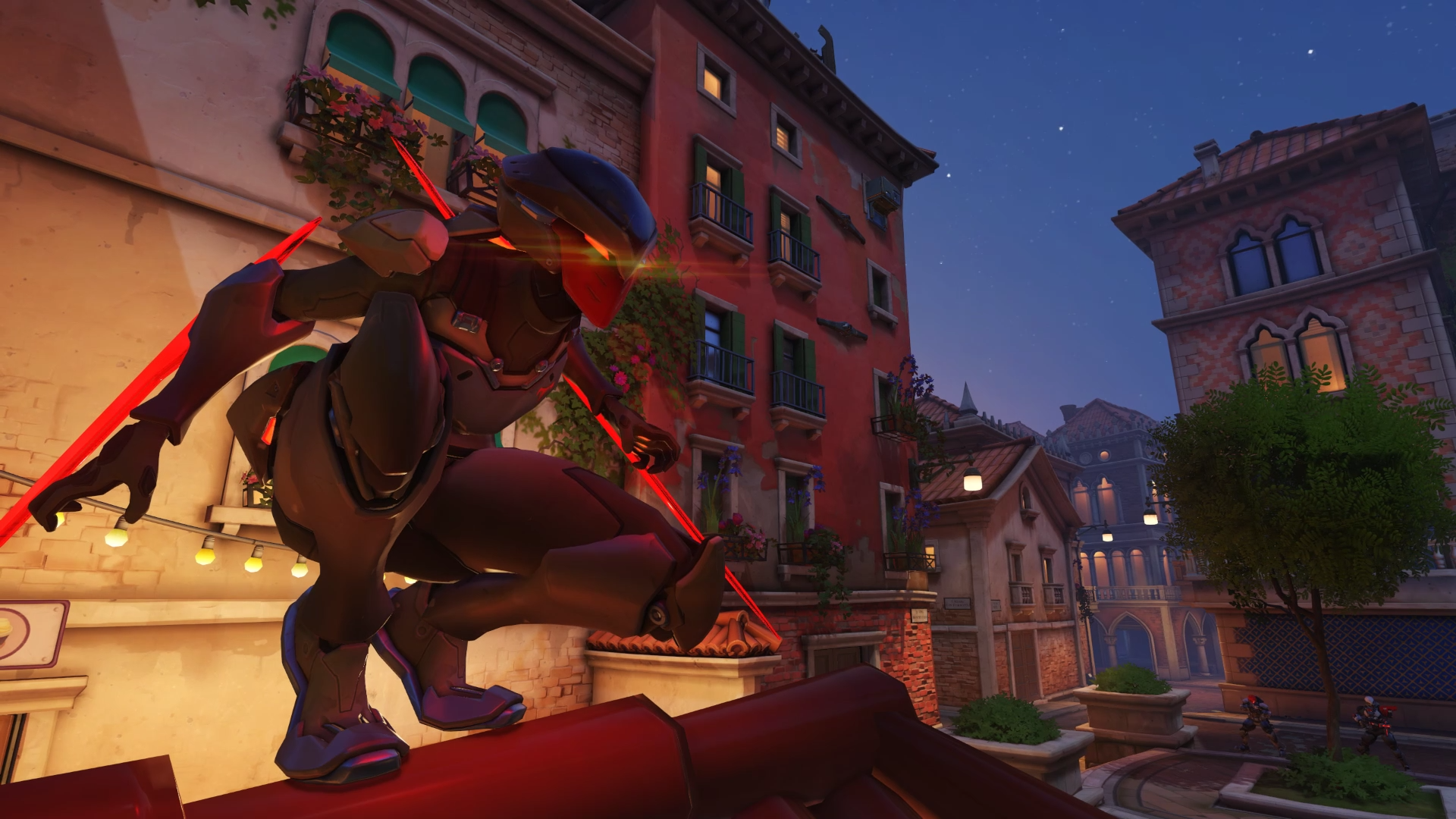 The assassin from Overwatch’s retribution event

Overwatch‘s past player-versus-environment events weren’t nearly as polished as this one. Its Halloween event, Junkenstein’s Revenge, had players fighting evil Overwatch heroes on a small, stagnant map where no one had much space to move. It also didn’t really have a plot. Last year’s Uprising event was a vast improvement, taking players through a modified King’s Row where they fought omnics, some of which resembled the heroes Bastion and Orisa.

It was the story of Tracer’s first Overwatch mission, which means Blizzard gifted us with some cute voice lines they let the heroes interact. Retribution takes everything players loved about Uprising and gives it a major upgrade.

It’s a smooth, kinetic experience that escalates at a good rate. Also, because it’s got a more fleshed-out plot, it feels a little more high-stakes.

Retribution’s new, gorgeous map, called Rialto, is a game-changer: hovercrafts flying by Venetian domes, a picturesque river with a bridge, a classy outdoor restaurant attended by a robot. Watching killers arrive on both hover ship and hover boat makes for some very cool world-building.

It feels a little like a PvE map in Destiny or another first-person shooter’s story mode. It offers just enough space for my team to go looking for trouble without leaving us clueless on where to go. (In a few weeks Rialto will be modified for player-versus-player games and released for public testing.)

Enemies’ unpredictability makes them terrifying in the mode’s harder difficulties, especially compared to other PvE modes where enemies were basically reskinned heroes. Once, when I was playing McCree, the assassin pinned me down when I was using my ultimate ability, which was pretty shocking.

In “Hard” mode, I died twice to the tanklike enemies. Teammates had to risk themselves to resurrect me while, at the same time taking down the Talon fighters.

There’s a lot to say about how fun Retribution is to play, but what players are really losing their minds over are the mode’s new voice lines. “This was all worth it to see McCree trying to pass himself off as a waiter,” Reaper jokes in one instance.

“I thought I did just fine,” McCree says. “You got fired from your cover job,” Reaper retorts. Then, there’s Moira calling out McCree’s crappy Italian accent: “McCree, we need to talk about your Italian accent,” she says. And in McCree’s most cringy cowboy voice, he responds, “I watched a bunch of old spaghetti westerns. I thought it was pretty good. Bona sera seniora. Can I-a get you-a something to drink?”

In a press event, Overwatch‘s gamedad Jeff Kaplan explained why Retribution will only be a limited time thing: “I honestly believe there’s a big difference between creating PvE highly replayable content that you’re expecting somebody to get hundreds of thousands of hours of gameplay out of versus something that you think can be sustained for a couple weeks,” he said.

Here’s a spoiler: We already do. All of Overwatch‘s heroes are so fascinating that it’s natural to want to know more about them. Overwatch won’t get a full-on story mode, but compared to the player-versus-player experience, these limited-time events are anticipated moments where players can geek out over their favourite heroes.