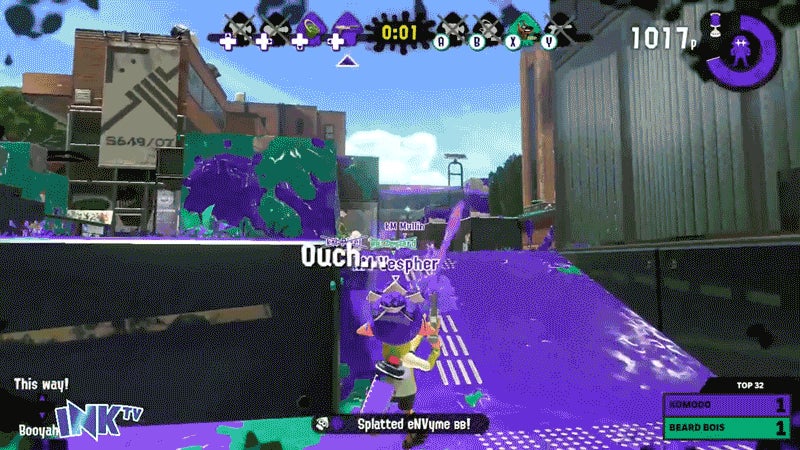 Here’s another friendly reminder to please ink your spawn.

Today is the open qualifiers for the Splatoon 2 Inkling Open, and teams all around North America are competing to earn a spot at the top and a shot at the world championship.

Competition is fierce, and nowhere was this clearer than in a bout between Komodo and Beard Bois, which literally came down to a tenth of a per cent.

If you’re not familiar with the rules of Splatoon, you are a kid who is also a squid. Each squid-kid totes ink-flinging weaponry, and in Turf War – the game mode being played during the opening matches of the open – the object is to cover more of the map in ink than your opponent in the span of three minutes.

Splatting (the friendly, fun way to say fragging or killing in Splatoon) is helpful, but covering raw surface area with ink is the main objective of Turf War. As the commentators noted in the clip, this game probably came down to droplets of ink.

It’s honestly a little odd to see a tournament played in Turf War. Usually, Splatoon teams compete in the game’s ranked modes like Tower Control or Splat Zones (and once the Inkling Open reaches top 8 play, they will be). But it’s really fun watching two teams fight it out, inching back and forth for ground, and it all coming down to the cats swinging the flags right at the end.

Catch up with the rest of today’s action over on the InkTV Twitch channel.