Stephen Colbert Has A Plan To Drown Out Infinity War Spoilers 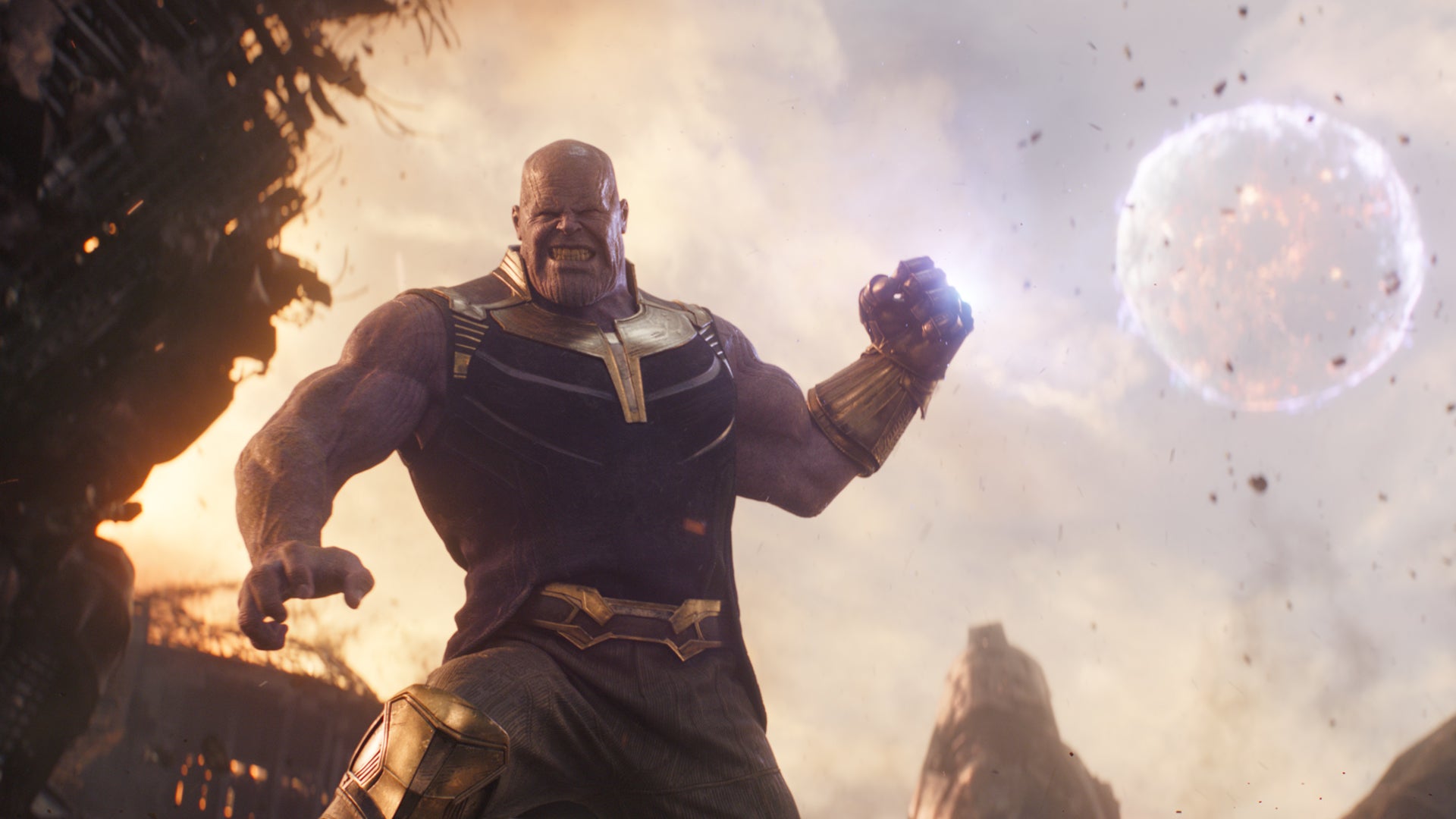 Thanos, who may or may not have stolen Dr. Strange’s girlfriend. Image: Marvel Studios

When in doubt, lie.

That, at least, is the tactic Stephen Colbert suggested last night on The Late Show for dealing with spoilers. In a segment of his monologue focusing on Avengers: Infinity War‘s opening weekend, he suggests that the best way to beat spoilers is with spoilers. Fake spoilers, that is.

The logic tracks: if the world has a bunch of imaginary spoilers floating around, then it will be impossible to tell the real ones from the fake ones, and you’ll still be surprised when the movie rolls around. Stephen even suggests a hashtag to showcase your best ideas: #fakeAvengersSpoilers

Though, personally, I think it’s more fun to leave them unlabelled and just toss them around. Like, spoiler: Captain America is killed by Bucky’s mechanical arm, which is jealous of Steve and Bucky’s relationship.

And Thanos and Dr. Strange? Totally used to be college roommates. Apparently Thanos stole Dr. Strange’s girlfriend, which is a huge source of tension in the film.

Anyway, watch the Colbert segment below, and share some of your fake spoilers below. Not real ones: we have another place for that.