The Demonic Strategy Game I Love Playing Before Bed

game diarygolem gateshollow earthlaser guided gamesreal-time strategysteam
To sign up for our daily newsletter covering the latest news, features and reviews, head HERE. For a running feed of all our stories, follow us on Twitter HERE. Or you can bookmark the Kotaku Australia homepage to visit whenever you need a news fix.

Golem Gates is a surprising mix of strategy and card game elements that’s beautiful to look at but rough around the edges. While I started playing it because of its weird hybrid mechanics, what I really came to appreciate was its serenely empty world and relaxing ASMR voice overs.

I commute long hours and often don’t get a chance to play games at home until late at night. This is usually kind of jarring and not at all the best routine for getting a good night sleep. Even if I get to bed at a reasonable time, (midnight? 1:00am?) it can still take time for the bright LCD screens and adrenaline fade. Blasting aliens with machine guns in Destiny 2 or even juggling complex systems of numbers and menus in Xenoblade 2 isn’t the same as falling asleep reading a book.

But with Golem Gates it’s different. It’s a good game to relax to. 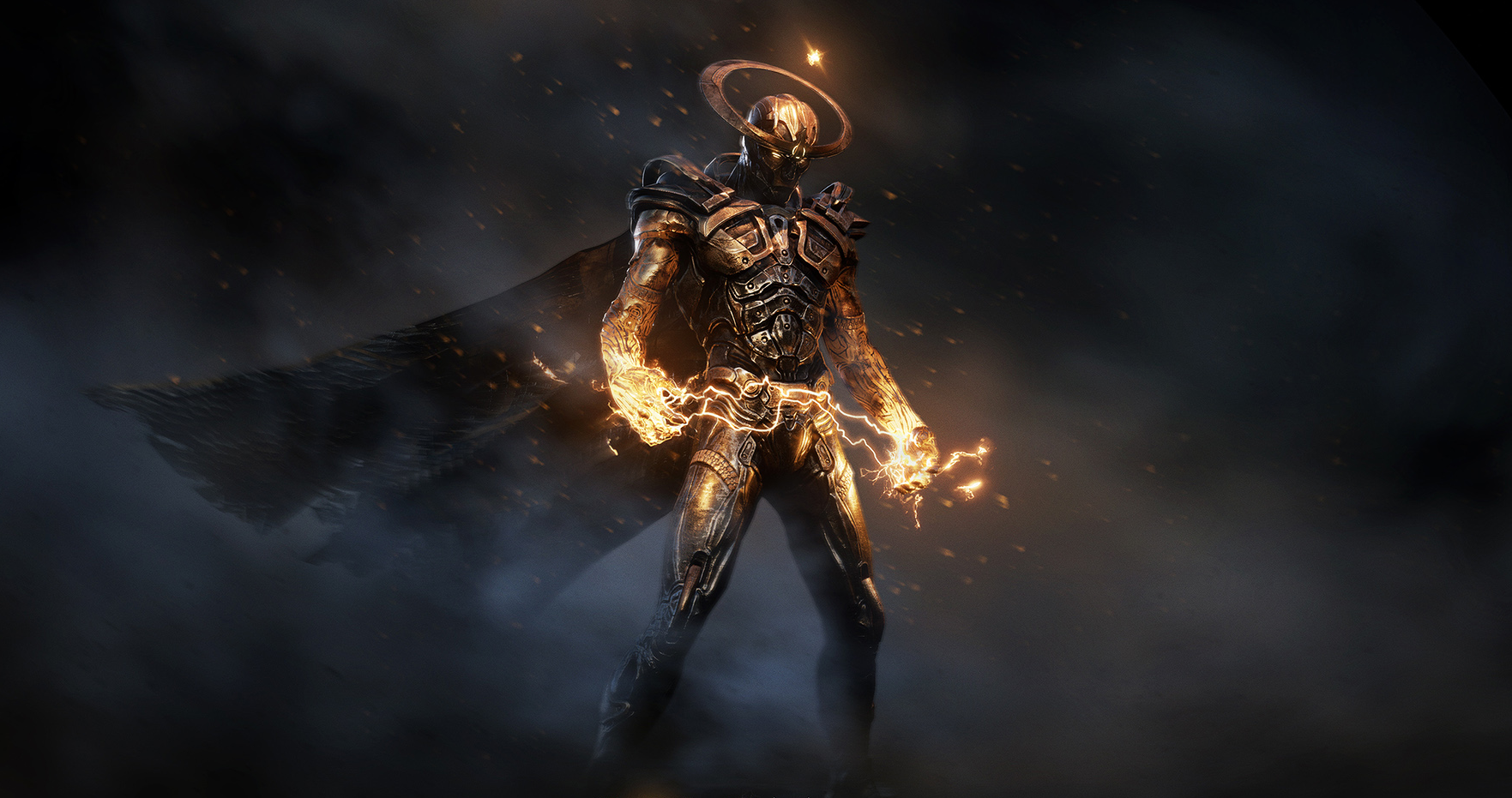 This is Harbinger. Would you ever have guessed this guy had a voice like warm cotton?Screenshot: Golem Gates

The game casts you as some magical dude ominously named Harbinger. You are tasked with summoning mindless automatons and using them to fight your enemies. You do that by spending energy to cast cards which slowly populate your hand from your deck at regular intervals. Some cards represent spells.

Others are defensive structures. But most of them are units that you can then move around like small armies to complete objectives on a particular story mission’s map. It’s a pretty gnarly combination, and one I enjoy despite some of the game’s issues with unit intelligence and pathing.

This might sound like a recipe for stress and overthinking, but at the early stages using the starter deck it can be pretty straightforward, even relaxing. The world building is pretty metal overall, but aesthetically, from the music to the colour palettes and voices, it’s actually really mellow.

The game is a slow, smouldering burn. While it presents interesting strategic problems to think through – do I play a certain combination of cards to protect a key area or retreat and mount a counter-attack when I have a better hand – it’s not frenetic or overly grand.

And then there’s Harbinger, a demonic-looking rock man whose voice-acting plays against type. He never speaks above a whisper despite commanding small armies of golems. He delivers lines like “Destroy the generators to deactivate the shields” so softly I could have dreamt them.

At first I thought it was ridiculous, like a whole range of ASMR sub-genres where YouTubers whisper about the most random stuff. While some of them actually are intent on eliciting the autonomous sensory meridian responses (physical tingling reactions) the phenomenon is named after, others just seem to want to ape the auditory aesthetic.

Hours into this game, I’ve realised it made the game that much more perfect logging half an hour with the game just before bed.

I’m still not quite sure what Harbinger’s deal is in the game itself, but he’s become my personal Sandman.