This Week In The Business: No Cursing Like Sailors On The Sea Of Thieves 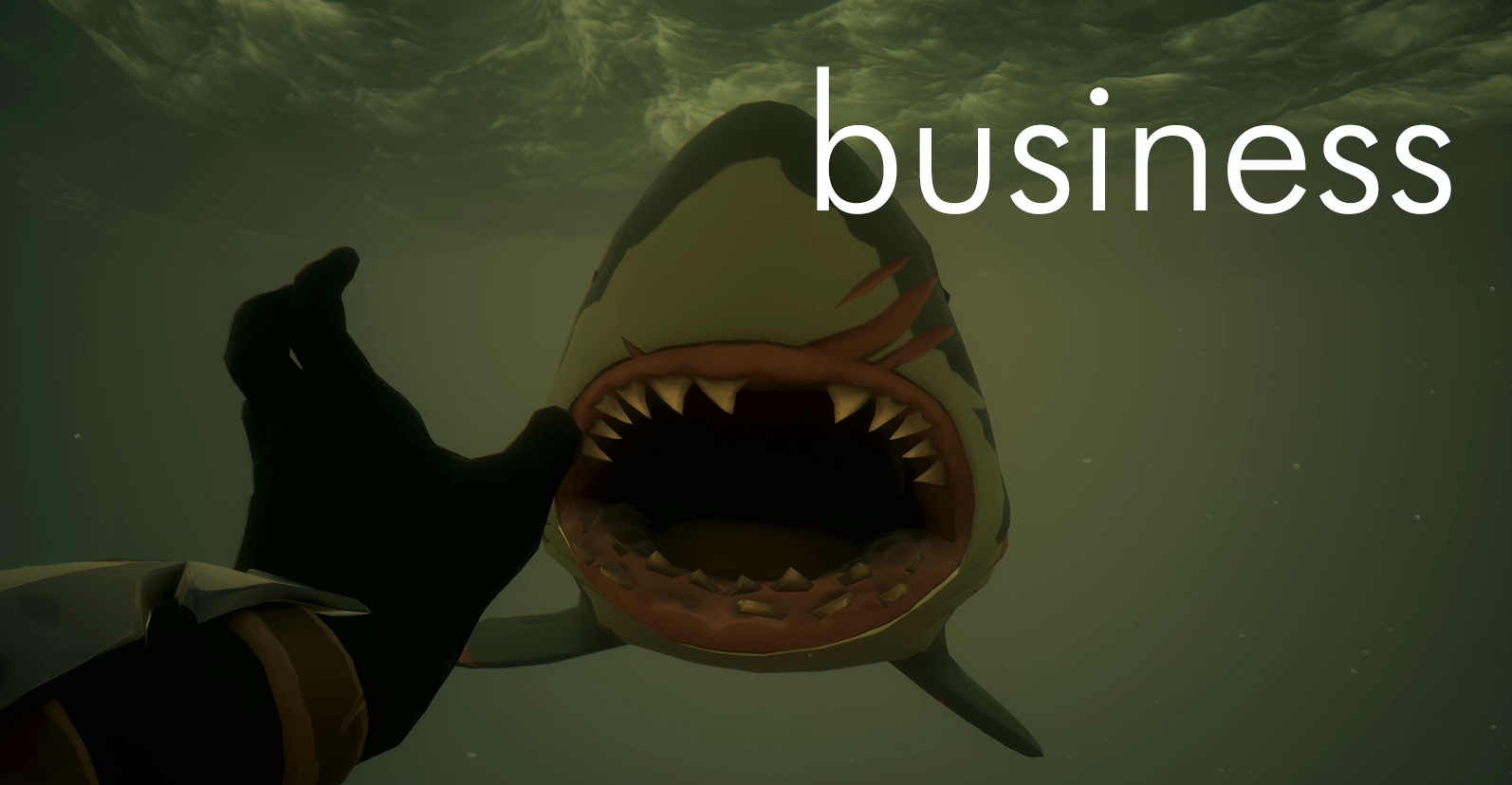 2 million — Number of Sea of Thieves players in the game’s first week of release. It is Microsoft’s fastest-selling first-party original IP since the Xbox One launched in 2013.

QUOTE | “We’ve clarified that use of offensive language and fraudulent activity is prohibited. We’ve also clarified that violation… may result in suspensions or bans from participation in Xbox Services, including forfeiture of content licenses, Xbox Gold Membership time, and Microsoft account balances associated with the account.” — A Microsoft summary of changes to the Xbox service agreement that will take effect beginning May 1.

QUOTE | “In spite of the fact that I was invited, was guaranteed my trip was covered, was going to come home to finish the games I’m making for my studio, and was part of an organisation that works towards creating more opportunities for more game developers, I was denied of a visa — not once, but three times.” — Ritmo Learning Lab director of technology Gwendelyn Foster describes why she was unable to attend a GDC panel about how great the games industry can be for people from countries outside the usual development hubs.

QUOTE | “Part of the problem is fundamentally human nature and wishful thinking… with 38 Studios and Curt, he believed up until the very last moment that he was about to get funding.” — IGDA executive director Jen MacLean, who was CEO of 38 Studios as the studio neglected to pay its nearly 400 developers and let their health care lapse en route to a spectacular demise, explains why game developer horror stories keep happening, and why she doesn’t believe developer unions will fix that.

QUOTE | “Former MidBoss employee here. Everything in this thread is true and unfortunately my reality. A lot of sexual harassment/misbehavior, emotional manipulation, and other really toxic behaviour. I was threatened with litigation when I spoke out.” — 2064: Read Only Memories social media and marketing manager Tyler Gausvik, in response to a Twitter thread about the unacceptable behaviour of MidBoss CEO Matt Conn.

QUOTE | “Some people think that the US isn’t a sensitive market, but of course it is. It’s very sensitive to things like sex, nudity, racism. Developers can’t just assume that anything goes in the US because it doesn’t.” — Kate Edwards of culturalization specialist Geogrify says every market has its issues that developers need to be mindful of when localizing games.

STAT | $US5.3 ($7) million — iOS revenues of Fortnite in its first 10 days of release, according to market research firm Sensor Tower.

QUOTE | “Long-running franchises can get fatigue. We wanted to end the series there, and people wanted more. But reviewers were concerned that the game was getting long in the tooth.” — Insomniac Games director Brian Allgeier says the Ratchet & Clank series peaked with 2009’s A Crack in Time.

QUOTE | “To be taken seriously, in my position as a woman of my age in this industry, it’s extremely difficult. Even from other women, because it’s such an unproven idea and concept, it’s taking longer to progress and they want to see the future.” — Indie developer and 58-year-old single mother Jennifer Kapsch talks about her 10-year effort to create an augmented reality soccer game to help people recover from ACL injuries.

STAT | 30 — The number of jobs lost as Orcs Must Die studio Robot Entertainment downsized from two teams to one. It was a two-team studio for a year and a half while working on Orcs Must Die Unchained and Hero Academy 2.