YouTube Trend In Japan: Let’s Study And Do Homework Clips 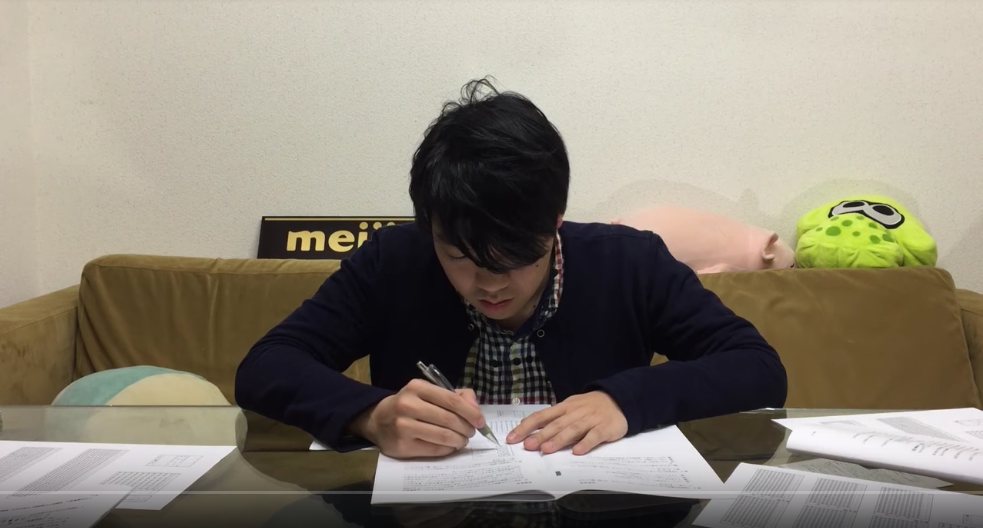 A Japanese morning show recently did a report on how some kids are doing their homework while playing clips of YouTubers studying.

The show featured a clip by Hajime Shacho, one of Japan’s most famous YouTubers. The clip dates from fall 2016 and has racked up over three million views.

While this wasn’t a first, other benkyou douga (勉強動画) or “study clips” have appeared since then, with more and more popping up of late. The clips are often titled “Ore to issho ni benkyou suru douga” (俺と一緒に勉強する動画) or, simply put, “Study With Me Clip.” (That is, if the YouTuber is male because “ore” is an informal masculine personal pronoun.) They’re also called “Issho ni benkyou shoyou” (一緒に勉強しよう) or “Let’s Study Together.”

(This isn’t an only-in-Japan thing, because English-language YouTubers have also been doing “Study With Me” clips.)

The show, however, seemed somewhat critical of this trend.

But perhaps young people are playing these clips so they don’t feel like they’re alone? Many clips seemed aimed at junior high school students studying to get into high schools or high school kids studying for college entrance exams.

Here are more “Let’s Study” clips, which many of them racking up hundreds of thousands of views.

The clips aren’t only for students. Here is one for those doing desk work. It was uploaded last week and has almost 300,000 views.

On 2ch, Japan’s biggest bulletin board, many commenters didn’t think these study videos were a problem, especially if that made kids motivated to do their homework. Of course, there were those who hadn’t heard of this, and some didn’t like how this was portrayed by Japanese TV.

“Criticise those who study while watching TV,” said one commenter, while another added, “There are various ways people study.”