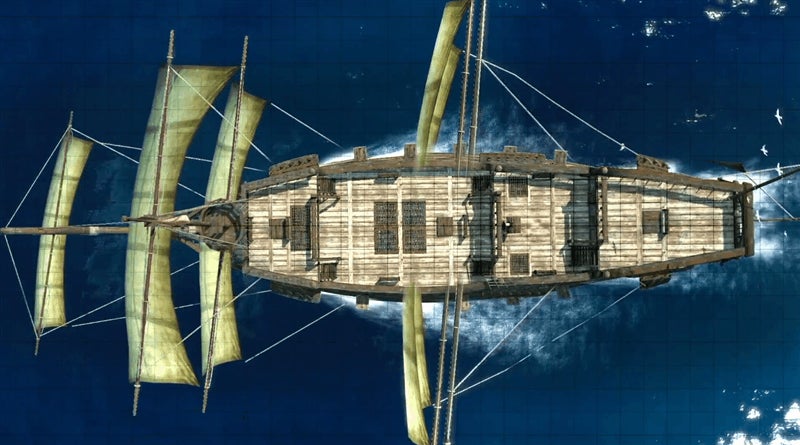 Paper? Cardboard? Plastic models? That's some 20th century D&D shit. The adventures of the future look like this.

Dynamic Dungeons is a one-man effort to get tabletop gaming looking as good as possible through the use of animated maps. Birds fly overhead, water rolls in, that sort of thing.

Here's a woodland scene, for example, that has wind in the trees, wandering animals and the ability to transition from day to night.

And here's a fortress assault, again with a day/night transition, complete with fires on the battlements and flags snapping at the wind:

Perhaps most impressive, though, is this galleon board, 100% selling the look of a ship cutting through the waves, its sails rippling in the breeze:

These maps - which include ambient sounds as well - aren't designed for a some weird custom gaming setup; they're just animated files that you can use on a TV screen, whether you using your own main television (flipped and covered with a perspex screen to avoid scratches) or if you decide to go and buy another TV specifically for this purpose.

Which sounds expensive, but if you play a lot of D&D (or anything, of course, since these are just grid maps, meaning you can use them in all sorts of tabletop games), the cost of an old TV looks 100% worth it for this kind of effect.

You can get them here, and they range in price from $US2 ($3)-$US5 ($7) per map pack (the higher costs get you more effects, like the daylight transitions).