Discord’s New Games Tab Is A Lot Like Steam 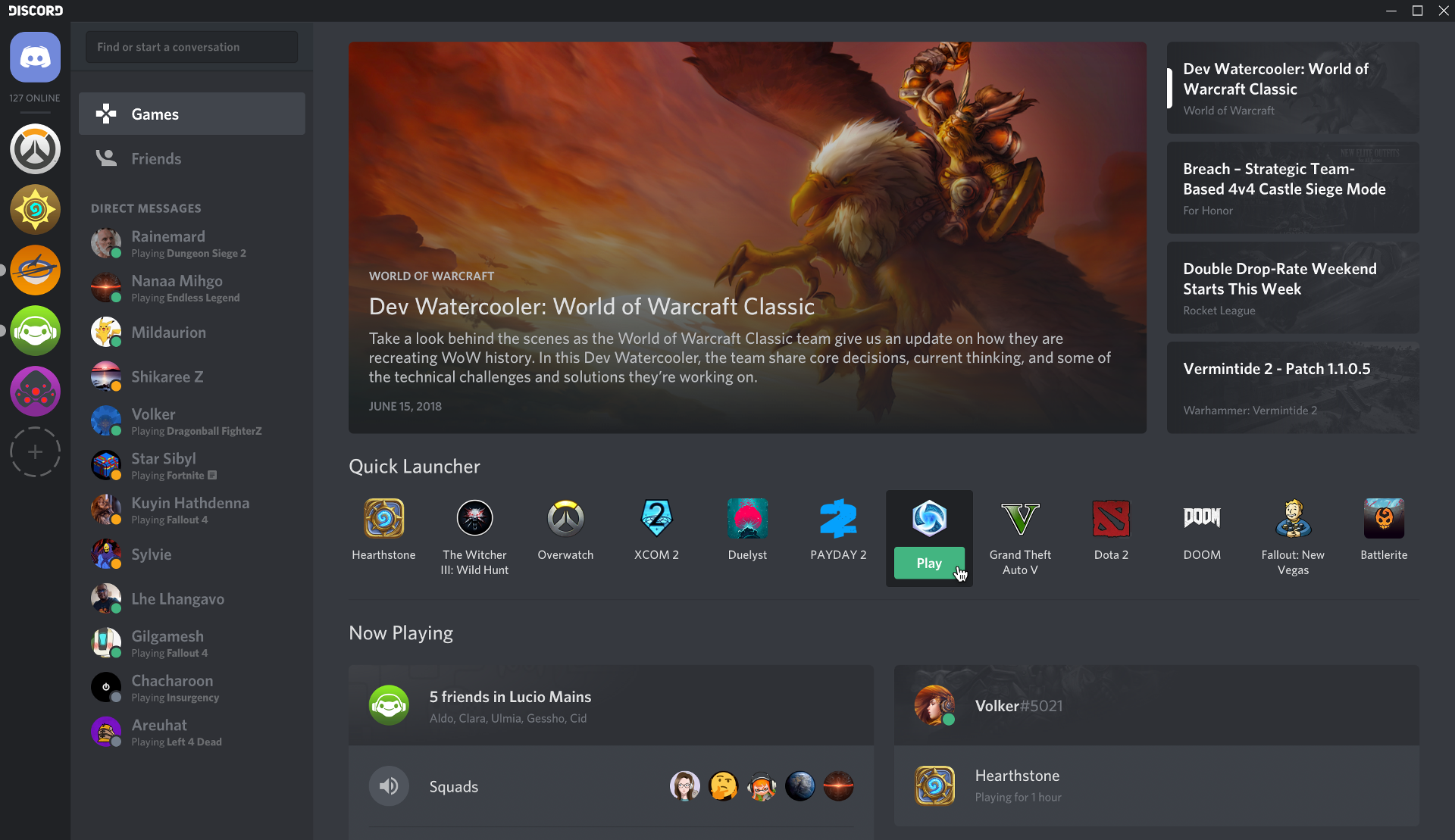 Last week, Steam added new chat features that took a page from Discord’s book – pretty much the entire book, actually. Now, Discord has added a “games” tab that replicates some of Steam’s most pervasive features. And thus, the circle is complete.

For the longest time, Steam's built-in chat functionality has not been what I would call good. Today, though, Valve revealed a much-needed modern makeover, and you can try it now.

Discord’s games tab pulls together game-specific information from across multiple channels, distilling it into a page with news feeds, friend activity and a game launcher. Here’s what it looks like in action:

You can see what people are playing and have played, and you can even dole out multiplayer invites. Given how overwhelming Discord can be if you’re in a boatload of endlessly chattering channels like I am, these features seem as though they will be pretty handy.

It isn’t quite as blatant as the Discordification of Steam, but there’s likely some influence here. Nevertheless, these kinds of features take time to develop, meaning that the timing is probably just a coincidence.

The games tab is technically live now, but Discord says that it’s still “rolling out” the feature, so you may not see it yet.